It was revealed that they will take part in KBS 2TV’s new variety show “Samcheong Neighborhood Grandma” (literal title). The program is a show about foreign grandmothers from various countries including France, Belgium, Hungary, Costa Rica, Mexico, and Thailand becoming chefs and running a real restaurant in the Samcheong neighborhood in Seoul with the help of the show’s cast members.

Many of the cast members are fluent in English, allowing them to smoothly communicate with the grandmothers and adding to the fun of the show.

“Samcheong Neighborhood Grandma” will premiere on November 24 at 10:50 p.m. KST via KBS 2TV. 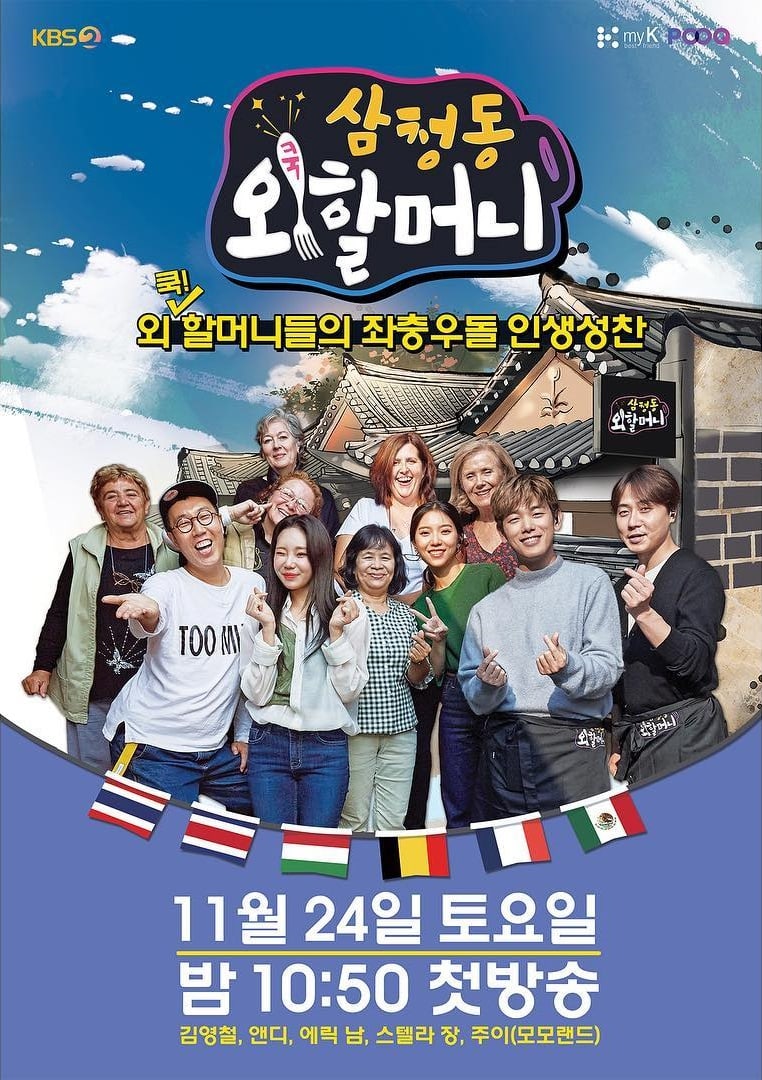