Wanna One’s Kang Daniel had a candid conversation about some of his concerns on tvN’s “Weekend Playlist.”

On November 11, Kang Daniel continued to enjoy his time with Ra Mi Ran on the show. The actress had previously revealed that she’s a huge fan of Kang Daniel and he made her dreams come true by appearing on the show.

Sitting at the table, Ra Mi Ran began, “In some way, you achieved success at a young age so I think it might be more difficult for you. Since you’re doing so well now, you might be scared about the future.” 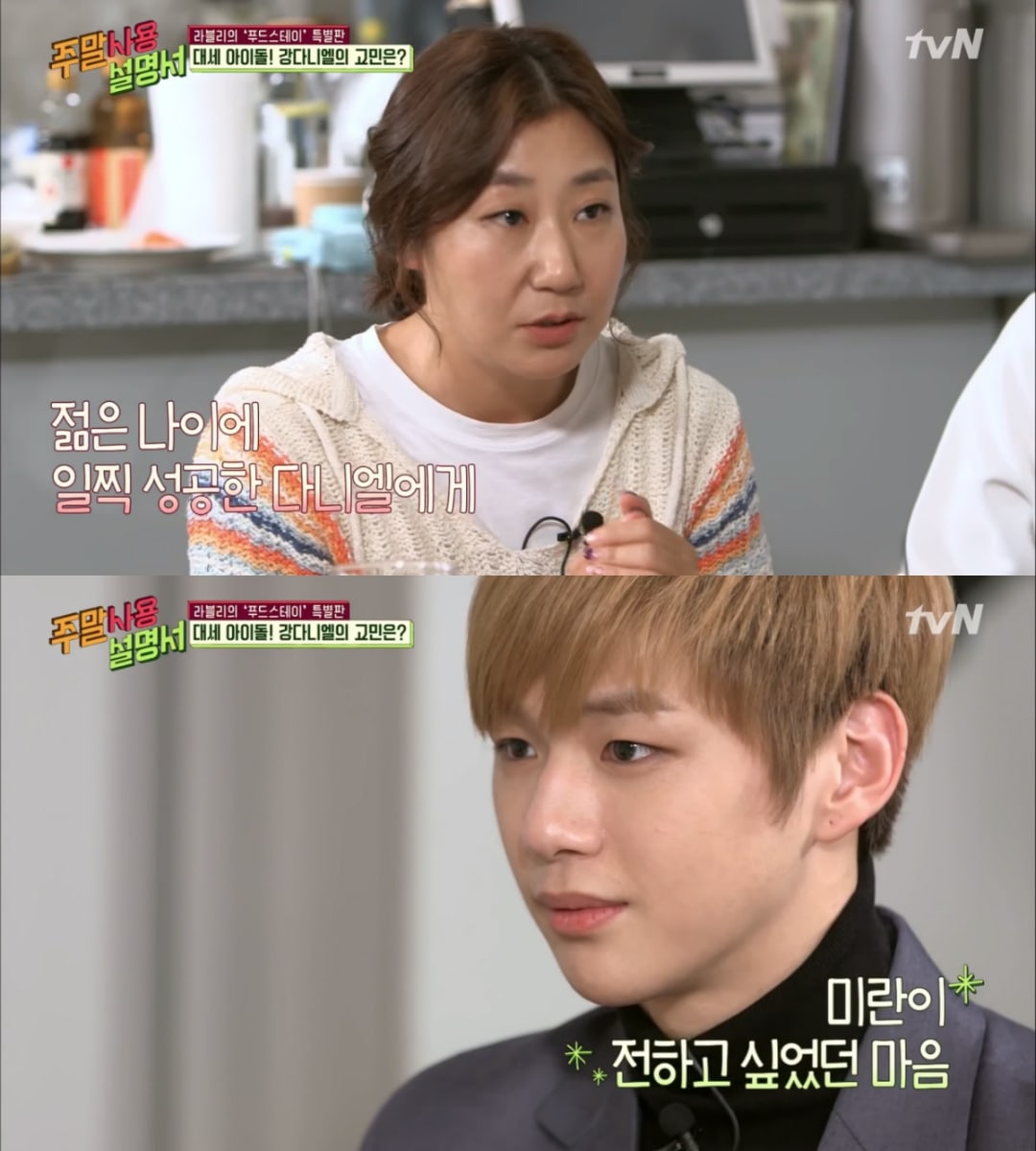 Agreeing with her, Kang Daniel replied, “I think I do feel some of those things.” She added, “It’s more difficult to stay on top rather than to get to the top.”

“If the [views] for videos or MVs drop even a little, I can’t sleep well for about three weeks even during promotions,” confessed Kang Daniel. Ra Mi Ran commented, “I really wish you wouldn’t do that.”

He continued, “So many people showed interest in me at the beginning and I debuted amidst lots of attention. Our debut album did really well, but it did so well. I was really happy at the time and I was experiencing so many new things.”

“No matter how tired I was, they were all things I was doing for the first time,” he added. “But starting with the next album, I could feel that I was lacking. The escape for that turned to self-blame. [I thought,] ‘Why can I only do this much?'” 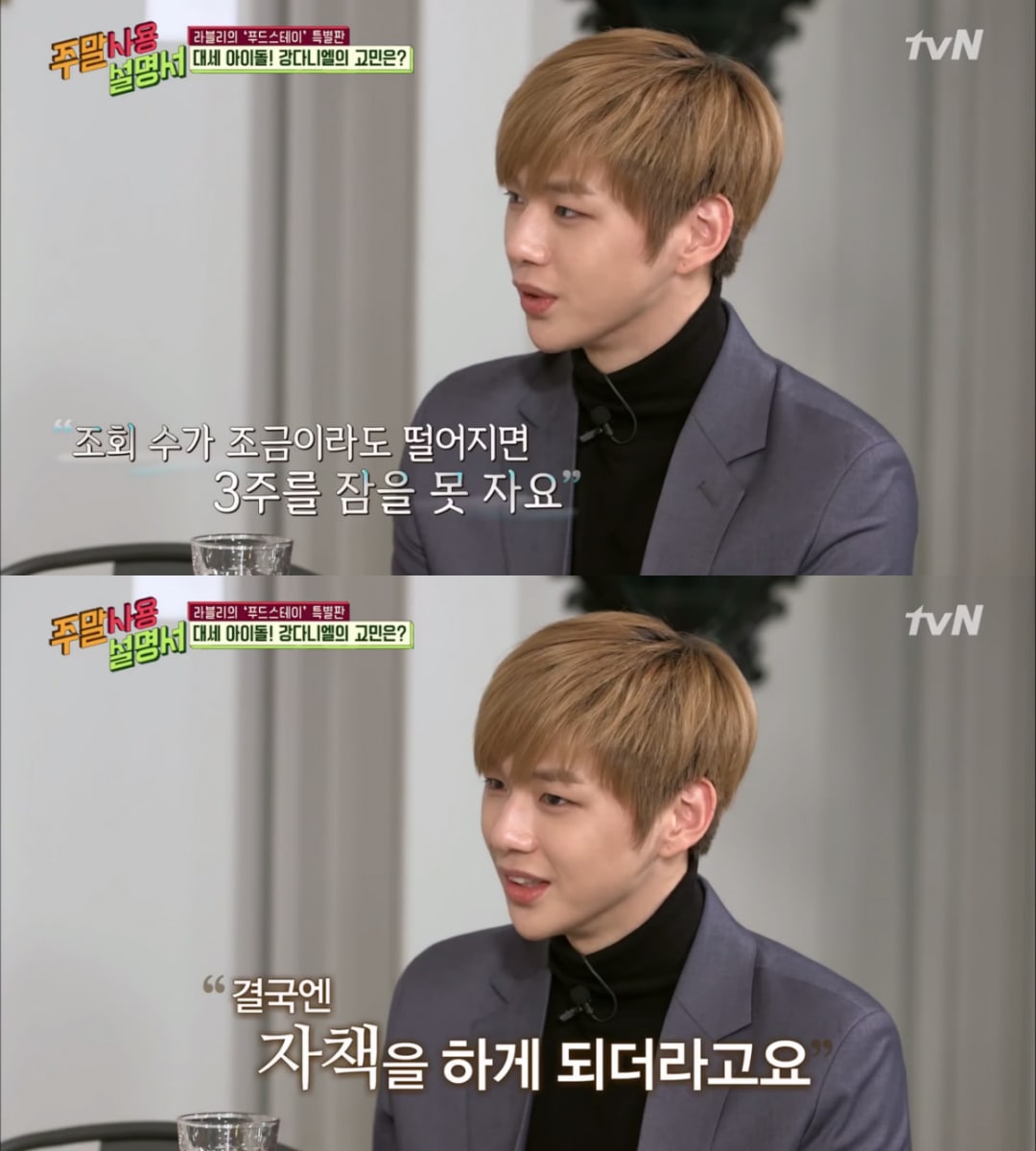 After listening, Ra Mi Ran gave the singer some heartfelt advice. She said, “This is what I wanted to tell you earlier when I said, ‘Just live freely,’ I think that a time will come that might be hard to endure. You said that you’ll do better and that you’ll become a better person, but I hope you won’t think that way.”

Kang Daniel asked, “Because it’ll give me pressure?” and Ra Mi Ran replied, “Yes. You don’t need to be a better person. You can just live as the person that you are.”

She added, “If you think about it, this time won’t come back. This age, this kind of atmosphere, this [experience]. You should fully enjoy it and I hope you’ll have the firm mentality to get through it.”

She concluded, “Let’s make it our goal to just live happily and well. Let’s just live!” and they blew out the candle on the cake. 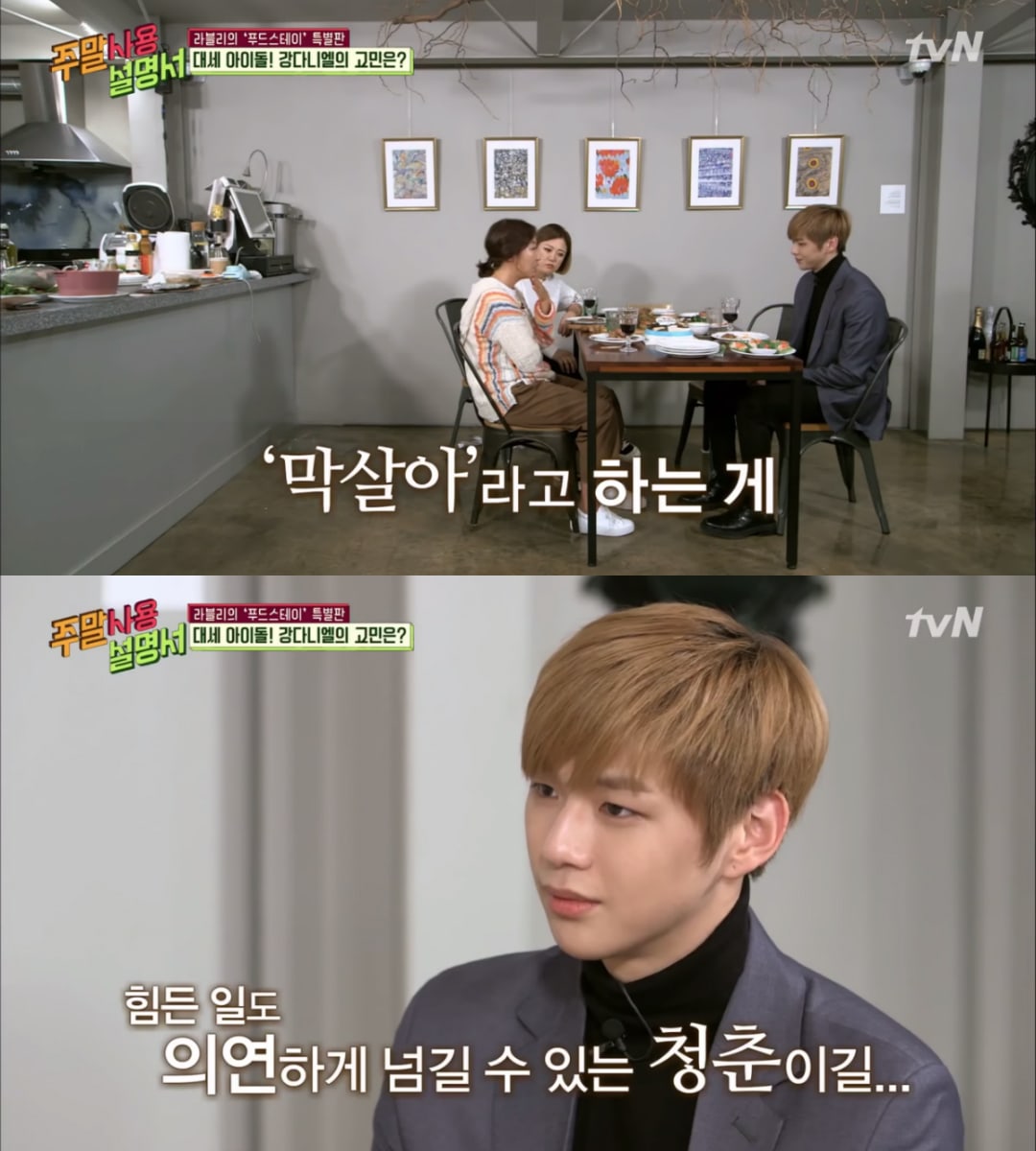 Wanna One
Ra Mi Ran
Kang Daniel
Weekend Playlist
How does this article make you feel?