Na Eun became a sweet older sister to William on KBS 2TV’s “The Return of Superman”!

On November 11, the cast continued to celebrate the fifth anniversary of the program with a special trip. William, Bentley, Na Eun, Gun Hoo, Choo Sarang, and Si Ha adventured around Jeju Island with their dads.

During this episode, the cast visited a wildlife protection center where they interacted with animals and learned to value nature. They were given the opportunity to feed mealworms to the birds, but William backed away saying that he was scared.

In the past, William was scared by an ostrich during a visit to the zoo. He said, “William is a little scared.” Comforting him, Na Eun said, “It’s not scary.” She then made everyone laugh by being scared of the mealworm. 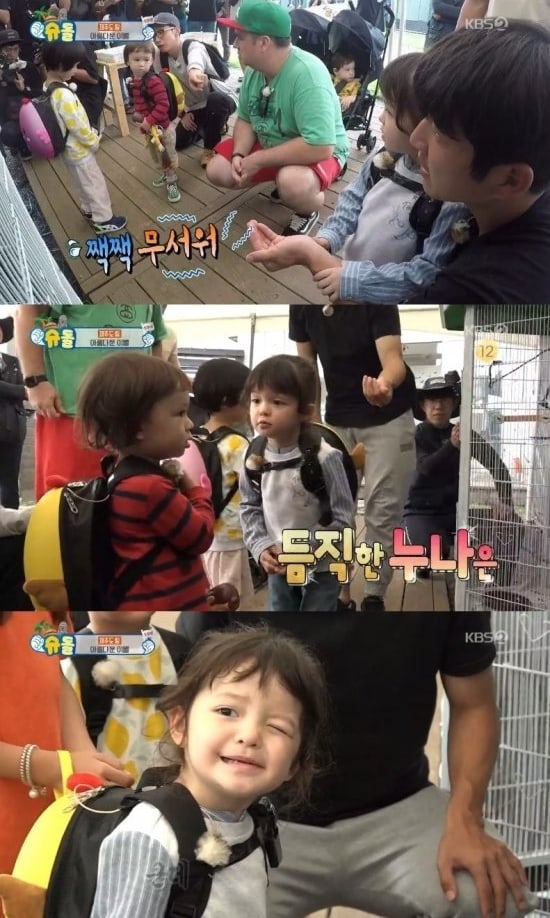 The Return of Superman
William Hammington
Na Eun
How does this article make you feel?