MBC’s upcoming Wednesday-Thursday drama “Children of Nobody” (also known as “Red Moon, Blue Sun”) has released a teaser poster that is sure to give you the chills.

“Children of Nobody” will be a mystery thriller that tells the story of a woman who tries to uncover the secrets of a mysterious case involving a mysterious child, using poems as clues.

The new teaser poster shows the back of a young child standing in the doorway, looking at something in the distance. At the front of the poster, however, is a bloodied hand reaching out for a scrap of paper. The poster also includes the tagline, “Wherever there is a death with a poem.. the child is always there.” The simple but striking image is enough to reflect the contrasting themes of light and dark, child and murder, and secrets and clues that will exist in the new drama. 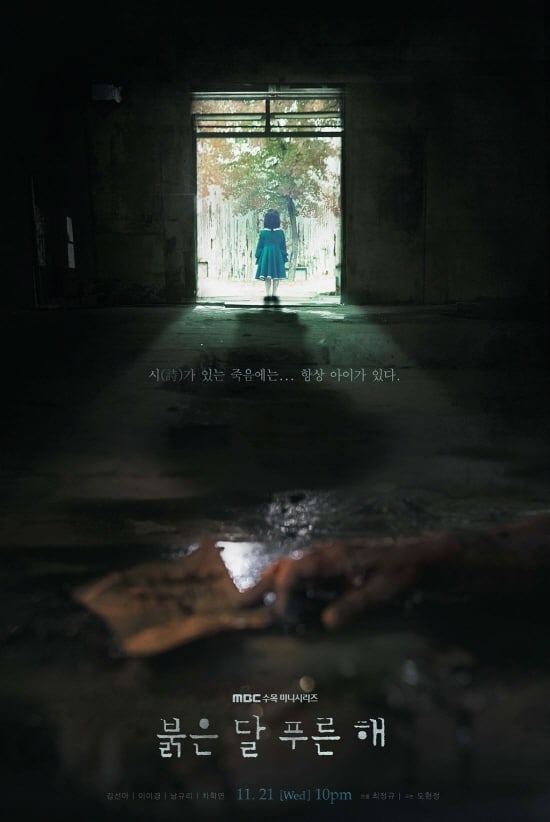 “Children of Nobody” will be the follow-up drama to “Terius Behind Me” and features a leading cast of Kim Sun Ah, Lee Yi Kyung, Nam Gyu Ri, and VIXX’s N. The drama will premiere on November 21 at 10 p.m. KST.

Children of Nobody
How does this article make you feel?