During the show, one listener asked, “For ‘Don’t Mess Up My Tempo,’ Kai is the only member who wears crop tops on stage. I’m curious to know if you had to diet to prepare for that.” DJ Choi Hwa Jung chimed in and said, “It’s usually girl groups who wear crop tops, right? Did you have to diet and exercise in order to wear one on stage?”

Kai smiled shyly and answered, “To be honest, I haven’t cut down on what I eat. I don’t feel stressed about it because my stomach stays flat even when I eat.” He received teasing heckling from everyone in the radio booth and Suho joked, “Are you boasting right now?” After a good laugh, Kai also added, “But I do try to avoid salty foods. Being conscious of what I eat has become a normal part of my life.” 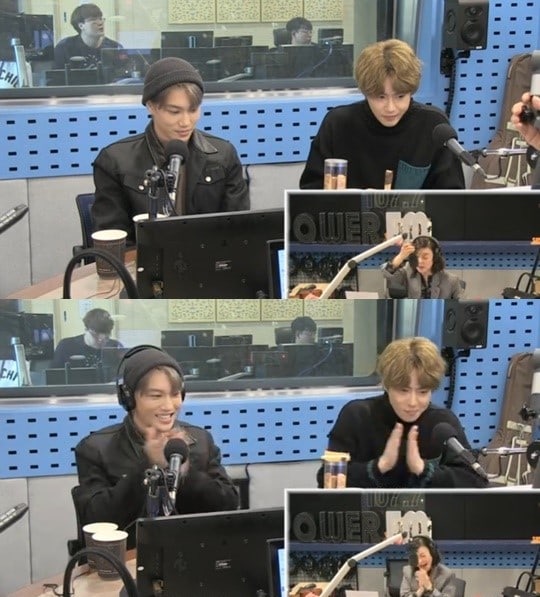 Choi Hwa Jung asked if there were any EXO members Kai would recommend crop tops to, and Kai replied, “I think Suho would look good in them, and I’m not just saying that because he’s sitting next to me.” Suho had everyone laughing when he declined the offer. He said, “Kai’s skin is tanned, so his physique stand out more when he’s on stage. I have really pale skin so I think I’ll look like a little kid if I reveal my stomach.”

EXO made their comeback on November 2 with their fifth studio album “Don’t Mess Up My Tempo” and have since been focusing on promotional activities for their title track “Tempo.”