Jennie’s solo debut track is a hit on the charts!

On November 12 at 6 p.m. KST, BLACKPINK’s Jennie made her solo debut with the track “SOLO,” which was co-composed by Teddy and 24 with lyrics by Teddy.

The song shot to the top of many major realtime charts right after its release, and as of 8:30 p.m. KST, it had hit No. 1 on the realtime charts of all six major music sites: Melon, Genie, Bugs, Mnet, Naver, and Soribada. 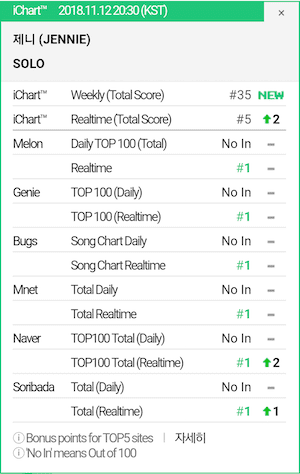