EXO has made yet another remarkable achievement.

The group’s latest release “Don’t Mess Up My Tempo” has peaked at No. 23 on the Billboard 200 chart for the week of November 17. The album has also achieved No. 1 for the World Albums chart, No. 6 on the Top Album Sales chart, and No. 17 on the Digital Albums chart. 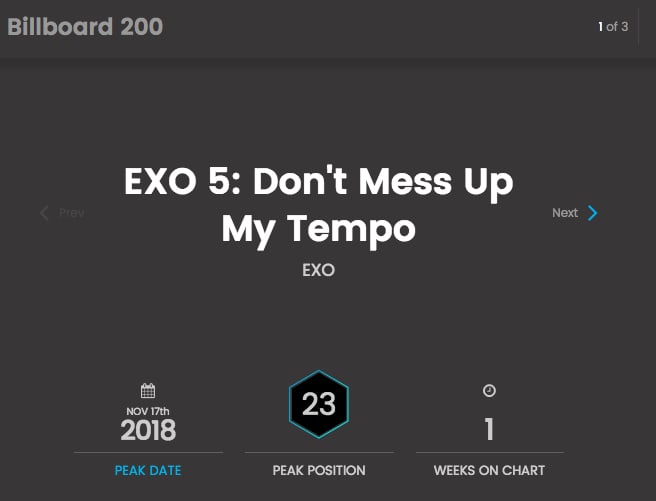 This marks a new personal record for the group. Previously, EXO’s “The War” peaked at No. 87 on the Billboard 200, which broke the record of No. 95 for “Exodus.”

“Don’t Mess Up My Tempo” also dominated various iTunes charts all around the world, and their title track “Tempo” ranked high on domestic major realtime charts.