Lee Je Hoon and Chae Soo Bin lean in for the “wall kiss” in stills for the upcoming episode of SBS’s “Where Stars Land.”

The scene takes place at the airport where they both work, although they are not in uniform and have found a private corner away from the cameras and crowds. The move that Lee Je Hoon puts on Chae Soo Bin is commonly referred to as a kabedon in Japanese, where someone (usually a man) puts his hand on the wall to hold someone (usually a woman) back. It is typically seen as a romantic gesture. 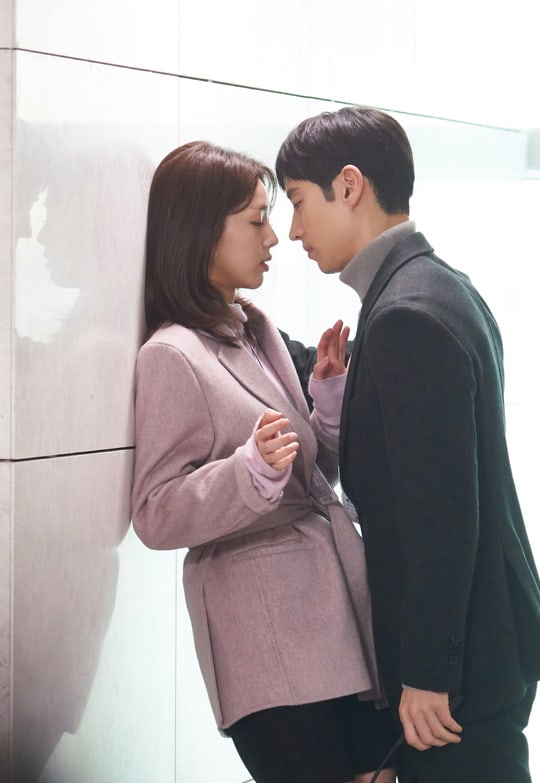 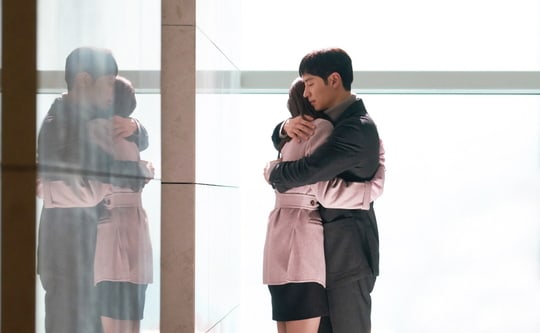 Scenes like this indicate that the drama is moving towards a more mature romance between the two characters after many misunderstandings and confusions. The actors are also becoming more confident in acting like lovers, although they still burst into laughter when the director calls “cut.” For this particular scene, the production staff filmed it several times to fully capture the lighting and silhouettes, so viewers can look forward to a higher level of production.

You can watch the latest episode of “Where Stars Land” below: