Song Ji Ah And Ji Wook From “Dad! Where Are We Going?” Talk About Life After Parents’ Divorce

Do you remember soccer player Song Jong Gook’s children Song Ji Ah and Song Ji Wook from “Dad! Where Are We Going?”

On November 13, they made an appearance on “Nest Escape 3.” The two children grew up tall and healthy, and they are still as bright as ever.

Song Ji Ah still takes very good care of Song Ji Wook to this day. She said, “Song Ji Wook is a troublesome brother. He always bothers me. Although he’s annoying, he’s still my brother that I have to play with, fight with, make up with, and take care of. Now I’m trying to get along with him.”

When asked if the siblings fight, their mother, Park Yeon Soo, answered, “Of course they do. I once went into pity mode, asking what I’m supposed to do if they give me a hard time as well.”

During the ride to school, they naturally mentioned their father Song Jong Gook. Song Ji Wook confessed, “I want to be a soccer player when I grow up. My favorite soccer player is my dad. Because he’s my dad.”

When they came home after school, they helped their mother with the household chores. Song Ji Ah explained, “All the other families have dads, but we don’t, so my mom has to work twice as hard. That’s why I have to help her more.” 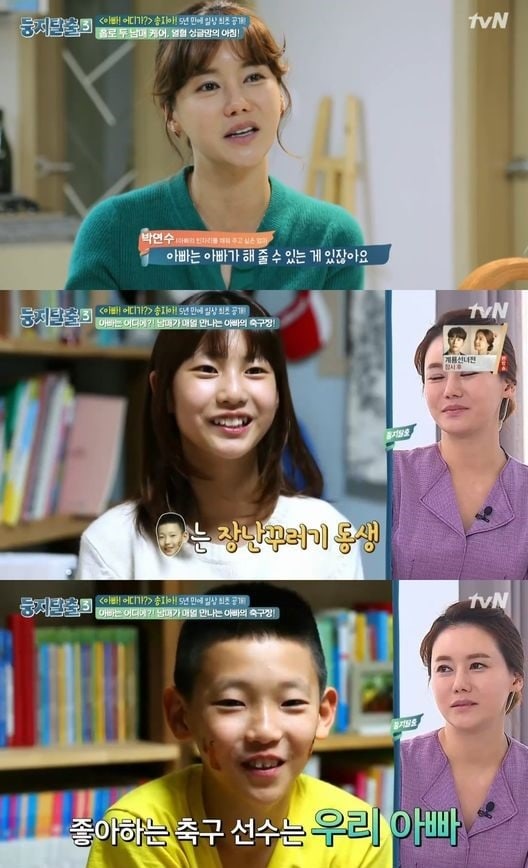 Song Jong Gook and Song Ji Ah talk on the phone often. Park Yeon Soo shared, “Her father calls her a lot. He doesn’t call Ji Wook that much. They talk two to three times per day. We moved near their father so they can maintain their relationship with him, and they contact him often.”

Song Ji Ah expressed her affection for her father. She said, “I talk with my dad on the phone a lot. If he doesn’t tell me he loves me before he hangs up, I call him again and tell him to say that he loves me. I have to hear those words.” Then she added, “Before, it was always noisy when the four of us would gather together. Right now, we are a family of three, and my dad isn’t home, so I feel lonely sometimes. Sometimes Ji Wook and I have to play together. My mom can have a hard time since my dad isn’t here.”

Park Yeon Soo confessed, “The most difficult thing was the divorce. Ji Ah and Ji Wook had a harder time than I did. When she saw a father and daughter talking hand-in-hand, she sobbed. My heart was torn to pieces when I saw that.” Then she opened up about their current relationship with her ex-husband, saying, “When we eat something delicious, Ji Ah asks me to bring it to her dad. Then, since I live close by, I make a lunch box for him. Song Jong Gook and I have become very comfortable, like friends. We are no longer like enemies, and I don’t resent him anymore.” 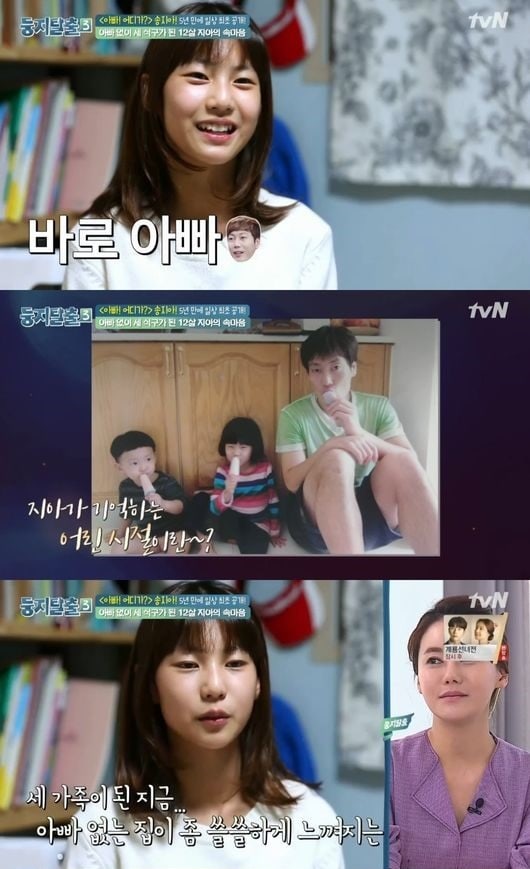 Dad! Where Are We Going?
Nest Escape 3
How does this article make you feel?