Whether he’s portraying a cynical teenage boy or an emotionally-stinted medical examiner, Zhang Ruo Yun‘s exceptional talent shines onscreen in each and every role he plays. As one of China’s hottest stars, Zhang Ruo Yun has proved his talent time and again with a wide variety of drama roles in so many different genres!

Thankfully, no matter what role he is playing, he always seems to maintain that boyish charm we all know and love. So without any more fanfare, let’s get right into it with six of Zhang Ruo Yun’s best roles. It was extremely tough to narrow down the list, but these are just some of my favorites; keep reading to see if you agree! 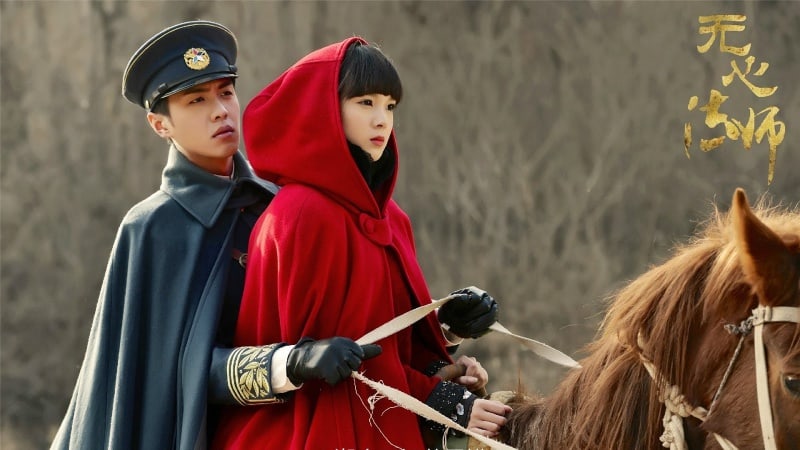 In this 2015 Chinese drama, Zhang Ruo Yun plays Zhang Xian Zong, sidekick to the small but deadly villain Yue Qi Luo (Chen Yao). The relationship is an unusual one, with each one using the other for their own selfish reasons. But as the drama progresses, the audience is allowed to glimpse what is underneath all of the hatred and see why these two are so starved for power. Zhang Ruo Yun does a fabulous job in this role as the loyal, courageous, and ultimately, complicated antagonist – all the while totally rocking the officer uniform.

Check out the trailer for “Wu Xin: The Monster Killer” here!

Feng Tian Yi – “Novoland: The Castle In The Sky” 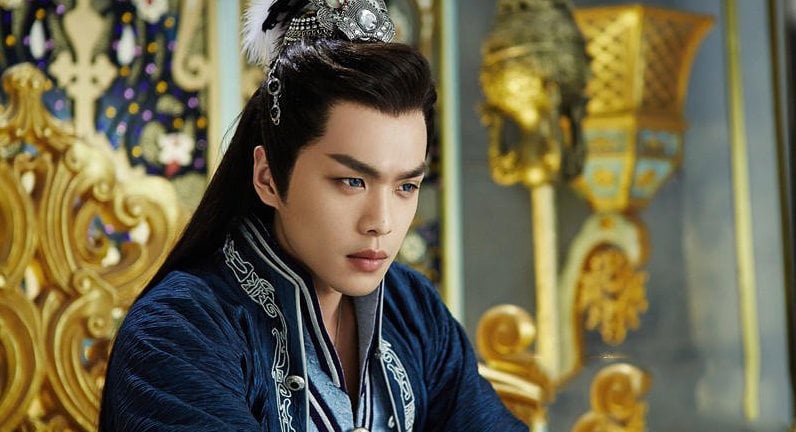 This 2016 Chinese drama stars Zhang Ruo Yun as Feng Tian Yi, the spoiled young king of the Yu Tribe, an ancient clan who have the power of flight. Tian Yi is pretty insufferable in the beginning – a tribute to Zhang Ruo Yun’s ability, because believe me – you can’t stand this kid at first. However, as is in keeping with all good dramas, his character develops so that the audience sees more than a one-dimensional brat; we see the hurt kid underneath it all. (If that gaze doesn’t just melt your soul….)

Check out the trailer for “Novoland: The Castle In The Sky” here! 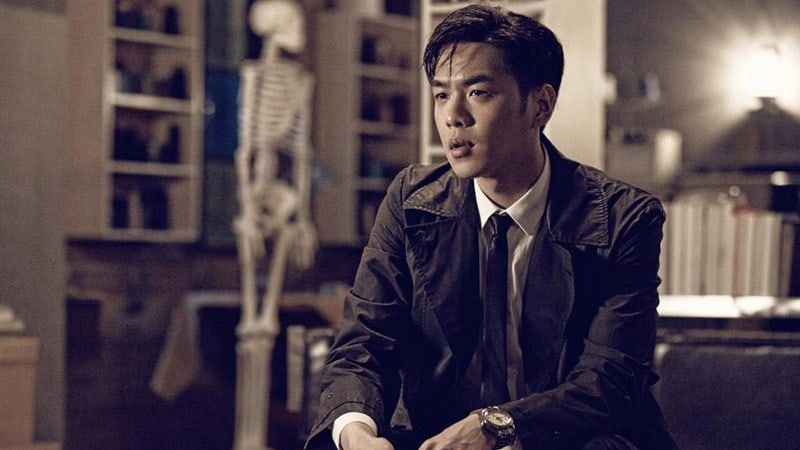 Perhaps one of Zhang Ruo Yun’s most well-known roles is that of the eccentric and slightly antisocial medical examiner in this 2016 Chinese drama. His spunky assistant Li Da Bao (Jiao Jun Yan) and the fearless police detective Lin Tao (Li Xian) are unperturbed by his cold demeanor, and the three pair up to solve the horrific and ghastly murders that come their way. Zhang Ruo Yun wowed viewers as he skillfully portrayed the odd forensic specialist with well-timed comedic moments and the subtle gravity of an adult damaged by a traumatic childhood incident. 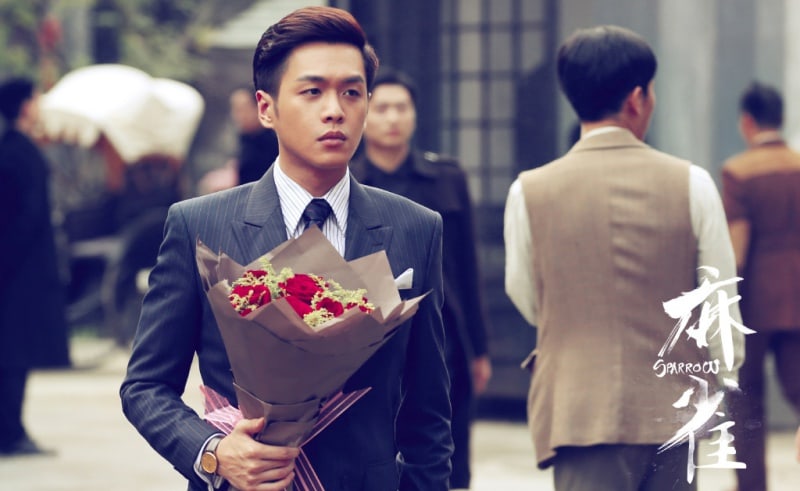 In this 2016 Chinese drama, Zhang Ruo Yun plays Tang Shan Hai, a spy who is fiercely loyal and incredibly intelligent. Many a viewer has claimed second lead syndrome because of Shan Hai, something this writer is no exception to. This role spectacularly showed off Zhang Ruo Yun’s natural charm and toughness, while also exhibiting tenderness and vulnerability. I feel like I say this for almost every character of his, but the thought, intensity, and complexity with which he approaches every role is astounding, and this role will never fail to blow me away. It will suffice to say that he had audiences all over the world swooning.

Check out the trailer for “Sparrow” right here! 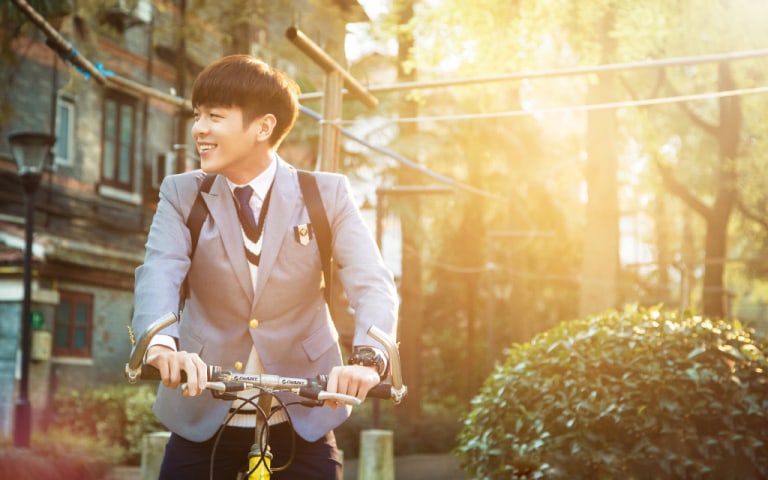 In this 2016 Chinese drama, Zhang Ruo Yun plays Pei Shang Xuan, a popular high school student who doesn’t do well in school and isn’t afraid to stand up for others. When he and Li Li (Sun Yi) meet in school, their personalities initially clash but soon a close friendship blossoms. As the viewer is invited to watch their relationship over the span of numerous years, we get to witness the joys and the sorrows each faces (both individually and together). It is a testament to his talent to watch Zhang Ruo Yun convincingly pull off the wide age range that this drama requires.

Lu Fei – “The Evolution Of Our Love” 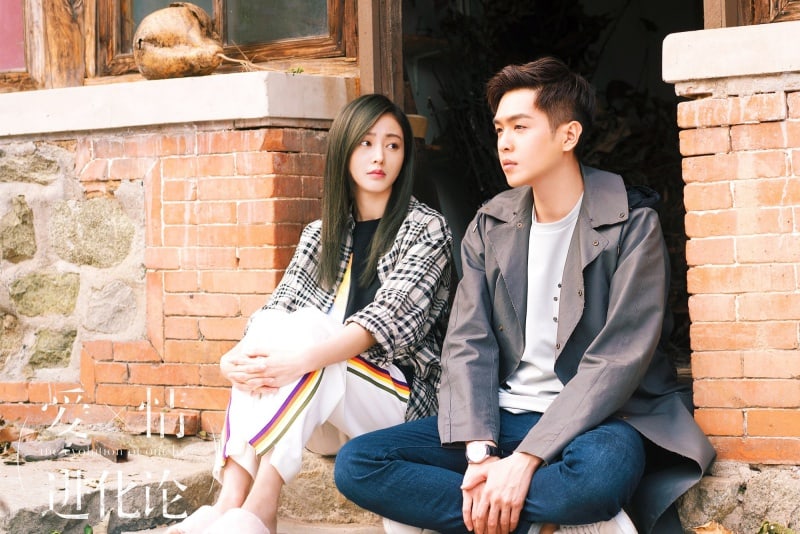 “The Evolution Of Our Love” finished airing only a couple of months ago, and while the main couple’s relationship dynamic received mixed reviews (you’ll have to check it out to see for yourself – some loved it; some didn’t), I don’t think anyone would deny Zhang Ruo Yun’s absolute perfection in this role! He plays a gentle soul named Lu Fei who doesn’t really feel like he’s going anywhere in his life. His best friend from childhood, Man Man (Zhang Tian Ai), is confident and charismatic, and the two initially don’t seem to be a romantic match. But as they go through life together, they begin to see each other – and themselves – in a new light.

Watch episode 1 of “The Evolution Of Our Love” right here!

Bonus! Be on the lookout for Zhang Ruo Yun in the upcoming Chinese drama “The Fated General,” where Zhang Ruo Yun will play Huo Qu Bing, a young general of the Han Dynasty whose humble start in life didn’t stop him from becoming one of the most victorious and distinguished generals of his time.

Watch the trailer for “The Fated General” here!

What is your favorite Zhang Ruo Yun role? Let us know in the comments below!

Currently watching: “The Smile Has Left Your Eyes”
All-time favorite: “Come And Hug Me”
Looking forward to: “Unexpected” and “Children Of Nobody“

Soompi Spotlight
Zhang Ruo Yun
Sparrow
Fifteen Years of Waiting for Migratory Birds
Medical Examiner: Dr. Qin
The Evolution of Our Love
Wu Xin: The Monster Killer
Novoland: The Castle In The Sky
How does this article make you feel?