Kim Min Suk is a professional athlete on ice in a 2018 KBS Drama Special episode.

“So Close, Yet So Far” will tell the story of a future member of the national curling team going back to her hometown after hearing strange ringing sounds in her ears. The drama special will focus on the incidents that happen after she becomes partners with the man that she used to love.

Park Yuna will play the female lead Joo Young Joo, and Kim Min Suk will play the tsundere (a person who looks cold on the outside but is actually warm on the inside) curling player Kang Sung Chan. Kim Min Suk’s character is a person who used to be a part of the national curling team, but joins the coed team after being discharged from the military. Kim Min Suk will show diverse charms by speaking in a dialect, and acting dynamically as a professional athlete.

In the revealed photos for the drama special, Kim Min Suk’s posture is perfect as he is focused while curling. He said, “It’s exciting to portray the role of a curling athlete as it was the center of everyone’s attention during the PyeongChang 2018 Olympic Winter Games. Please look forward to this Friday’s broadcast.” 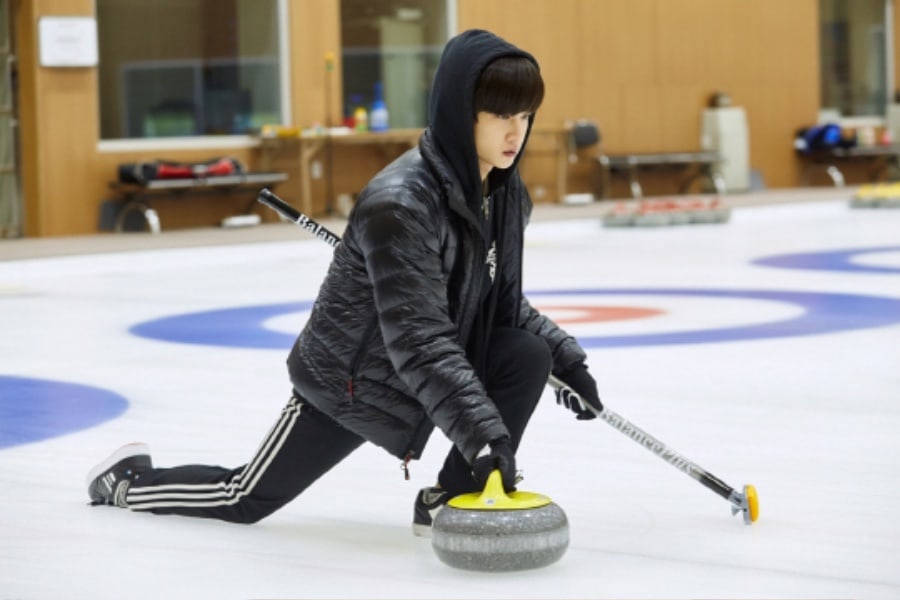 The single episode of KBS’s drama special “So Close, Yet So Far” will premiere on November 16, 10 p.m. KST. You can start watching Kim Min Suk’s latest drama, “Because This Is My First Life” on Viki below!

Kim Min Suk
2018 KBS Drama Special
How does this article make you feel?