The drama is the Korean remake of BBC’s popular crime drama “Luther,” and will follow the tension-filled joint investigation between detective Woo Tae Suk (played by Shin Ha Kyun) who is fiercer than a serial killer and a psychopath more dangerous than a serial killer.

In the first poster, Shin Ha Kyun stands in the middle of nowhere on a pitch-black, dark night. His hands, shirt, and face are smeared with blood, hinting that he’s just witnessed something truly horrible. His rage-filled gaze show that he’s ready to punish whoever committed the crime. The only color in the poster comes from a purple nail, on the hand of a steering wheel. 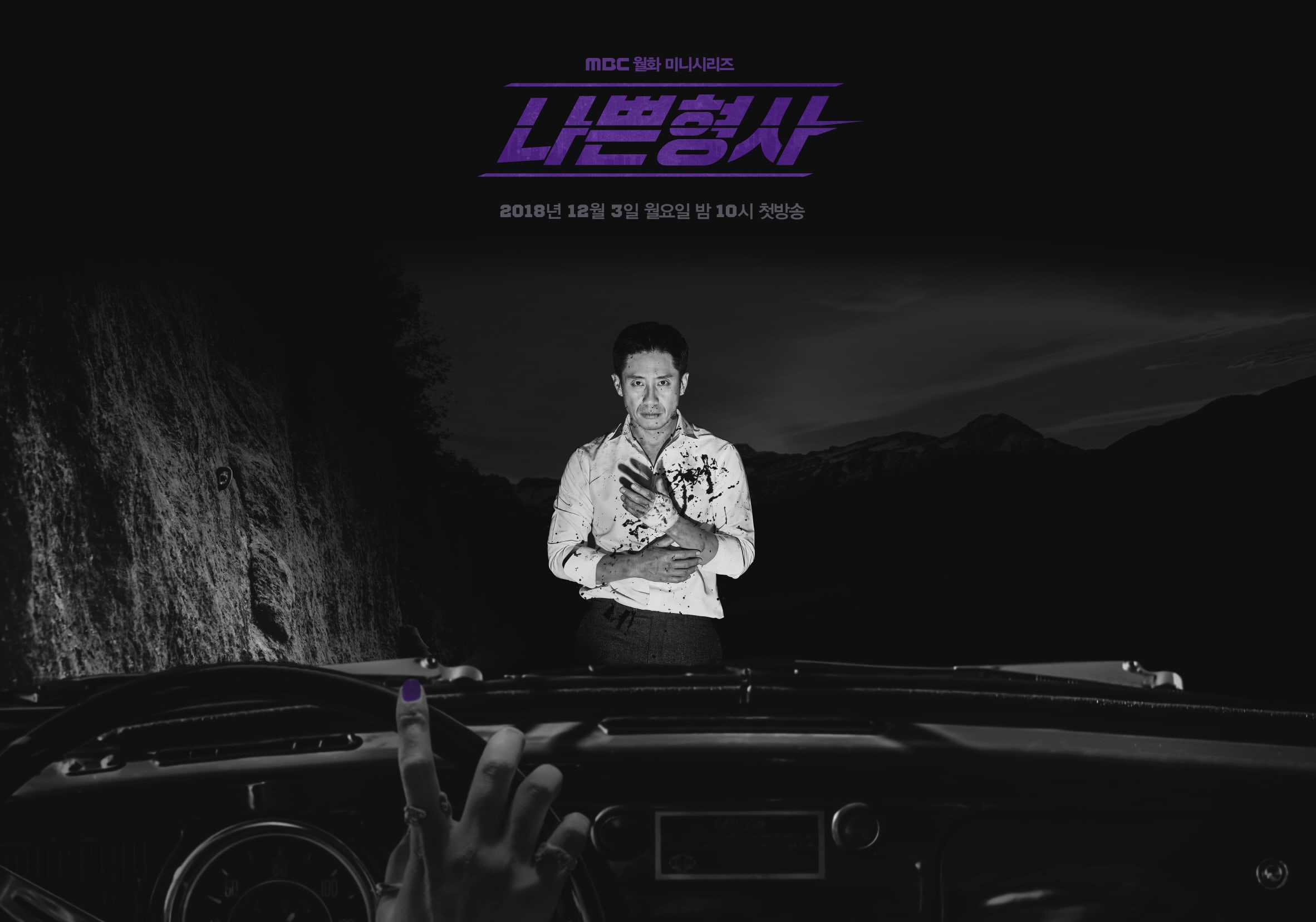 The second poster has an almost opposite mood from the first, with black and red tones. Shin Ha Kyun’s back is turned and he winds back a fist, ready to punch someone. The caption reads, “Justice is defined.” 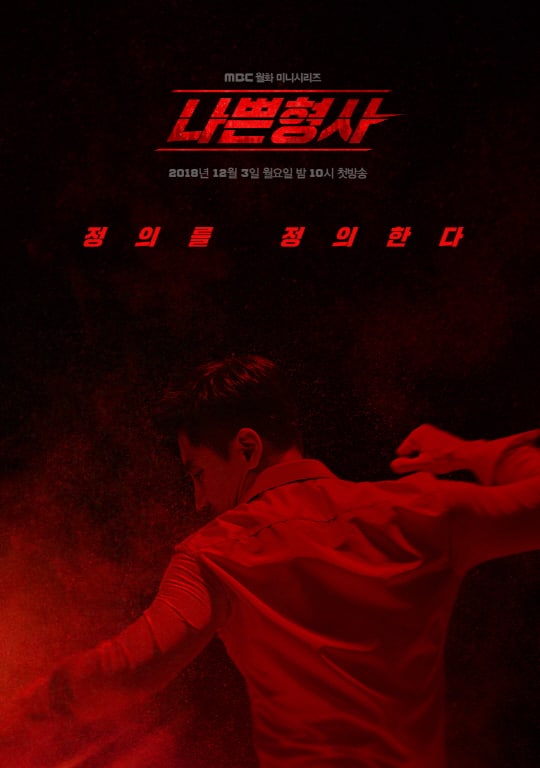 “Less than Evil” will air its first episode on December 3, and will be available on Viki!