On the November 15 episode of “Happy Together” featuring all the members of Wanna One as guests, host Jun Hyun Moo got a big surprise!

During the show, the hosts said they’d heard that Jun Hyun Moo had confessed his interest in Ha Sung Woon before, which made Ha Sung Woon burst out laughing as Jun Hyun Moo looked totally confused. He then joked, “Well, he is my type. Isn’t he very pretty?” 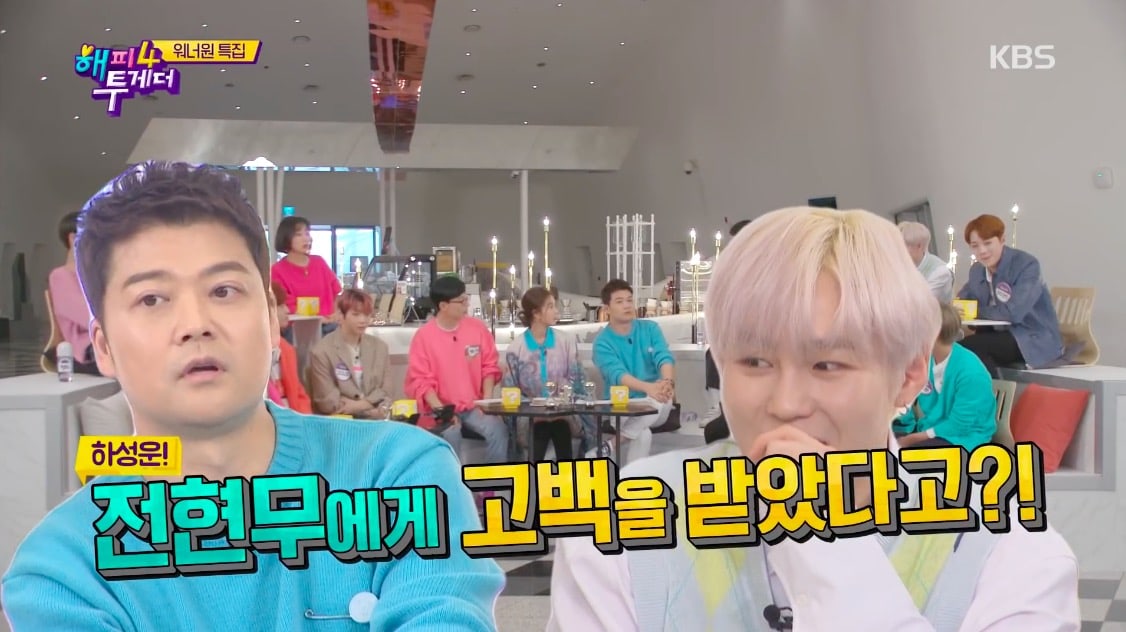 Ha Sung Woon explained that before his debut, he’d been on a variety show called “Blind Test” where he dressed up as a woman who appeared beautiful from behind. Jun Hyun Moo had also appeared on the show, and named Ha Sung Woon as his ideal type. 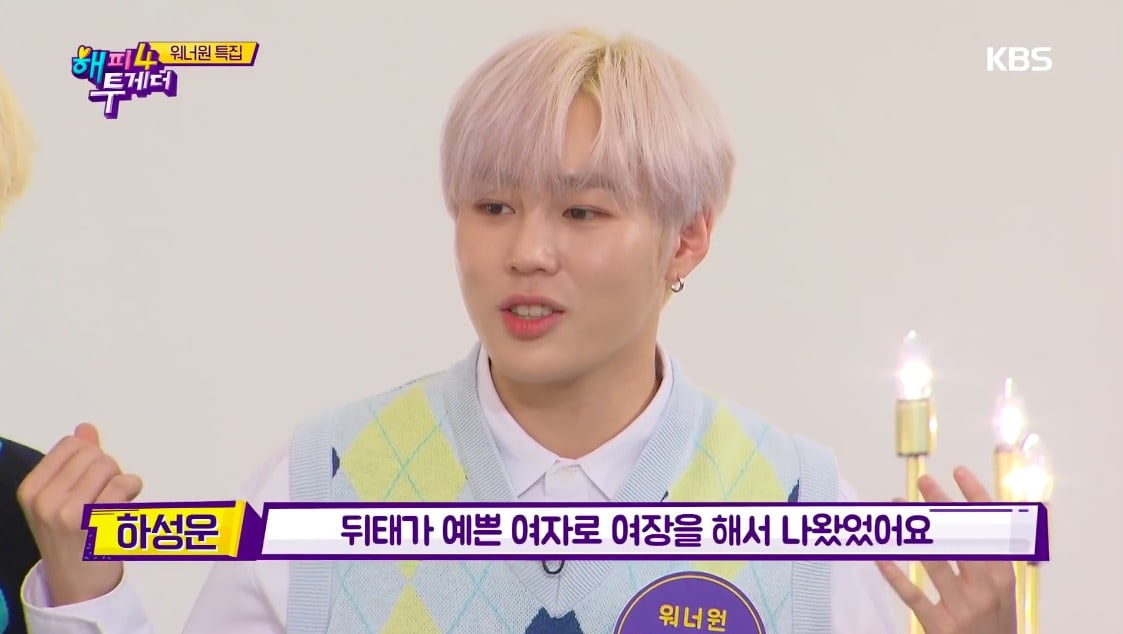 When the crew played the clip from the show, Jun Hyun Moo was shocked. “Wow, that was you?!” he said. When asked if he remembered, he replied, “Of course I do! I fell in love then. When the recording was over, I asked if he was really a guy. He was the most beautiful of everyone in the line.” 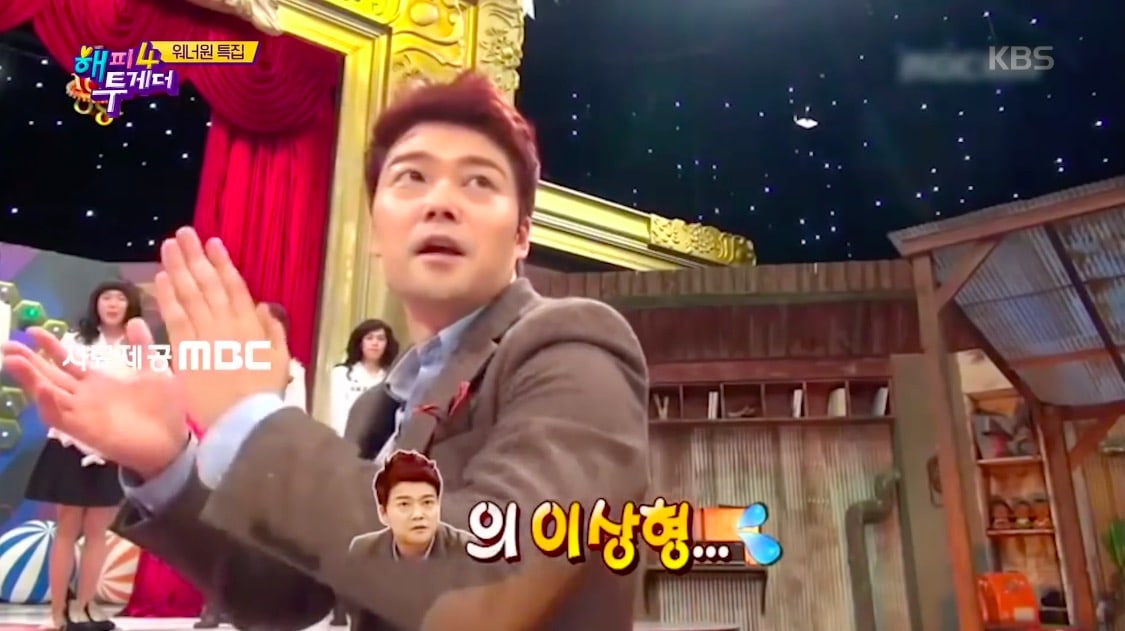 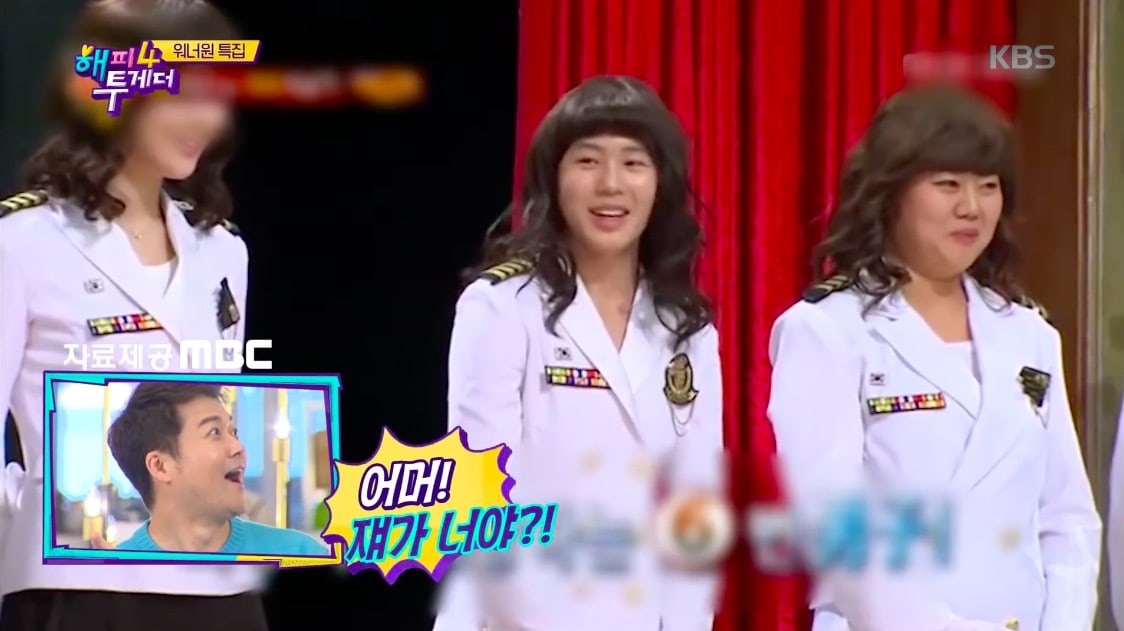 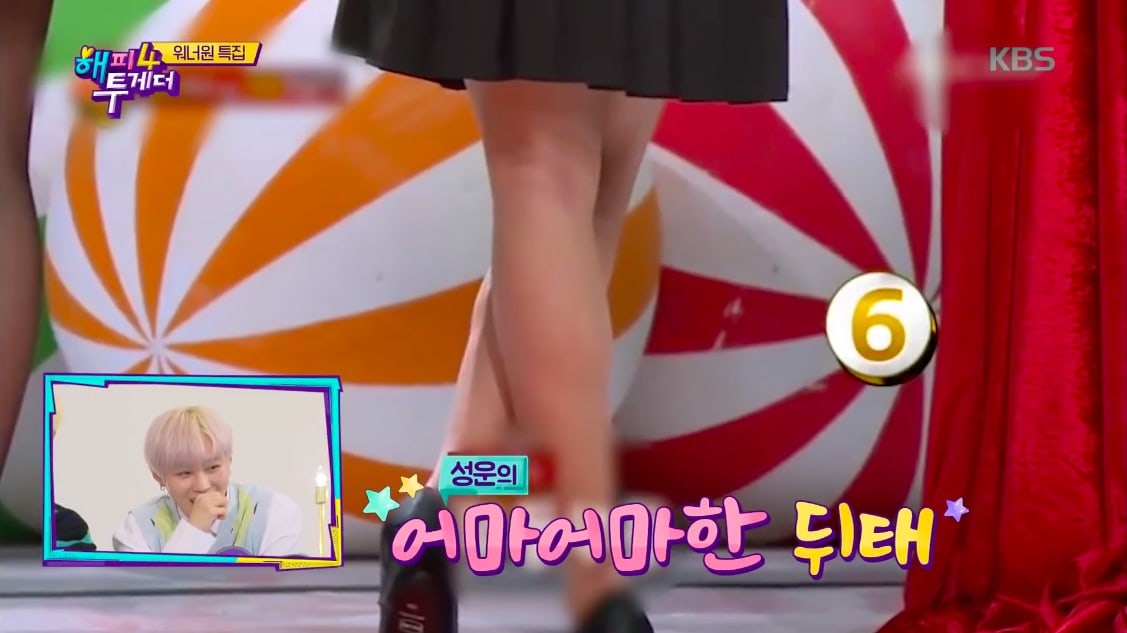 Ha Sung Woon joked that Jun Hyun Moo had actually lied to him by saying he was his ideal type, as it appears that his type is taller instead — referring to Jun Hyun Moo’s model girlfriend Han Hye Jin.

Kang Daniel added his own story about Ha Sung Woon. He said that a photo was once uploaded of himself and Ha Sung Woon walking together, but it only showed them from behind. Rumors soon spread that Kang Daniel had a girlfriend.

As the hosts and their fellow members laughed, Kang Daniel said, “It’s true! We were wearing coats that looked the same, and I had my arm around his shoulders.” Kang Daniel commented that he thought people made the assumption because of the difference in their builds, and then said that he’d felt it was unfair, since he didn’t really have a girlfriend. 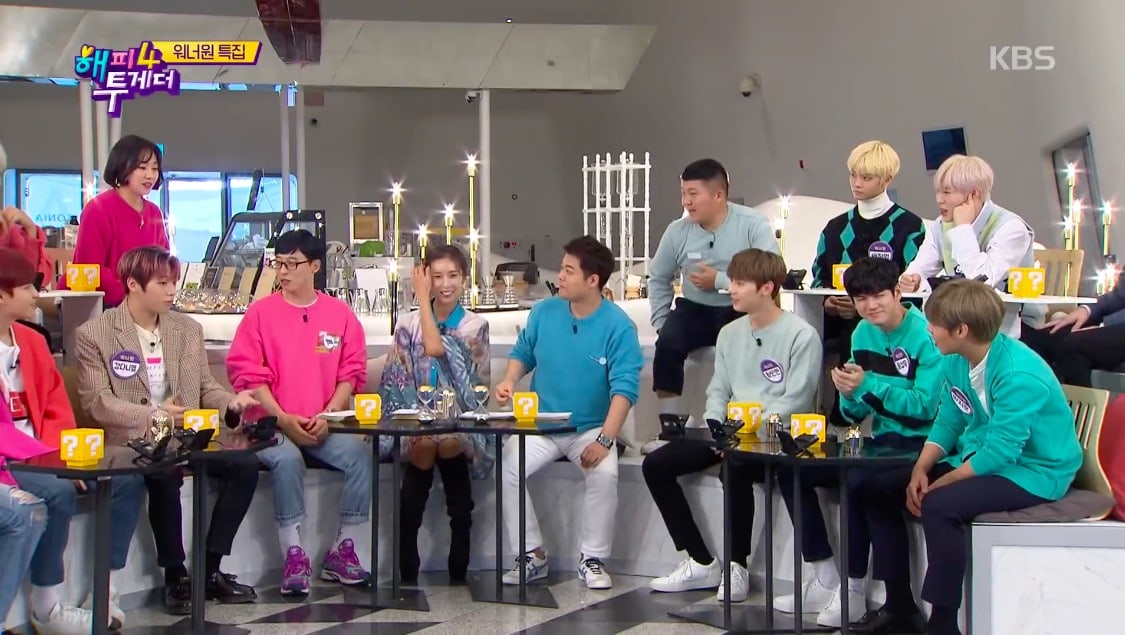 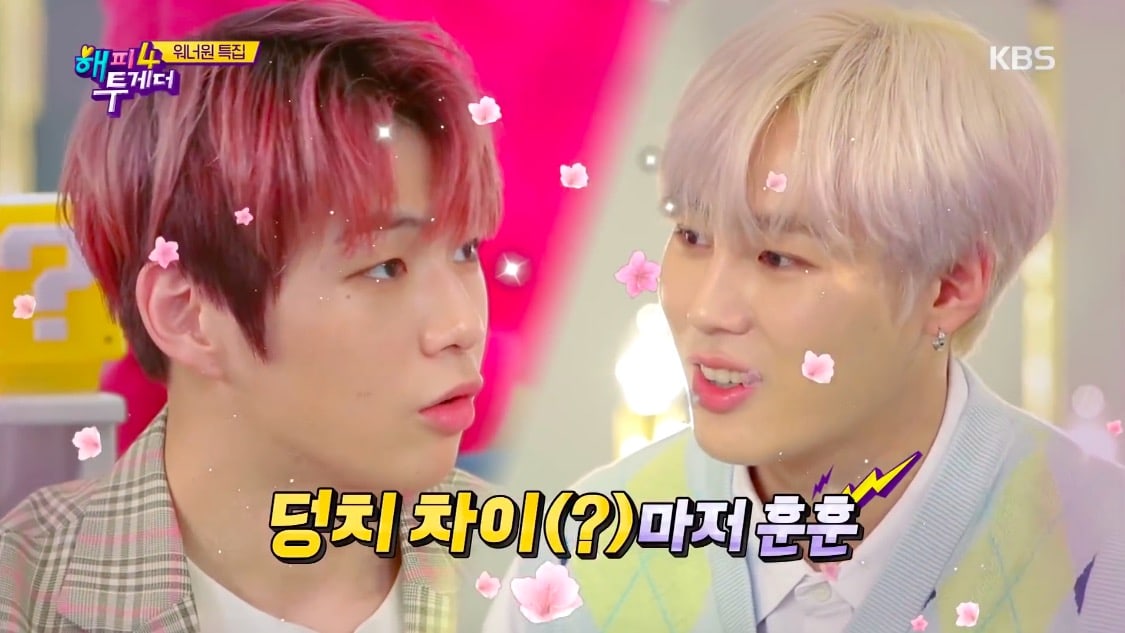 Wanna One
Happy Together
Jun Hyun Moo
Kang Daniel
Ha Sung Woon
How does this article make you feel?