Wanna One’s Kang Daniel discussed his hard-earned achievements and the great relationship he has with his mother on “Happy Together 4.”

On November 15 broadcast, all of Wanna One appeared as guests on the show.

During the episode, Kang Daniel talked about how he liked playing games and said, “I play all kinds of games. I have a bunch of friends who play games with me. We play games of all genres. So I started getting interested in programming and started studying games.”

He went on to add, “A game that I liked to play had a server inspection. I didn’t know about that so I emailed the game company asking why the game stopped working and they replied saying it’s because of a DDoS (Distributed Denial of Service) attack. After that, I started to become interested in investing in game companies.” The MCs and other guests on the show were amazed at Kang Daniel’s growth and maturity.

MC Yoo Jae Suk then asked Kang Daniel about how he bought a house for his mom as a gift.

Kang Daniel replied, “I said I bought her a house because I was really excited but actually I have a lease on it. My goal for next year is to buy her an even bigger house.”

The Wanna One member then expressed his amazement at his mother’s extensive collection of anything Kang-Daniel-related. He stated, “My mother does not often explicitly express her feelings. My face was everywhere in my mother’s house when I went to visit her in Busan. I thought to myself, ‘Is this what my fans’ rooms look like?’ She also had limited edition merchandise and eight of my golden beer glasses.”

Kim Ji Hye, who is a well known Wanna One fan, responded to this by saying, “Even I don’t have those glasses. They’re really hard to get.” 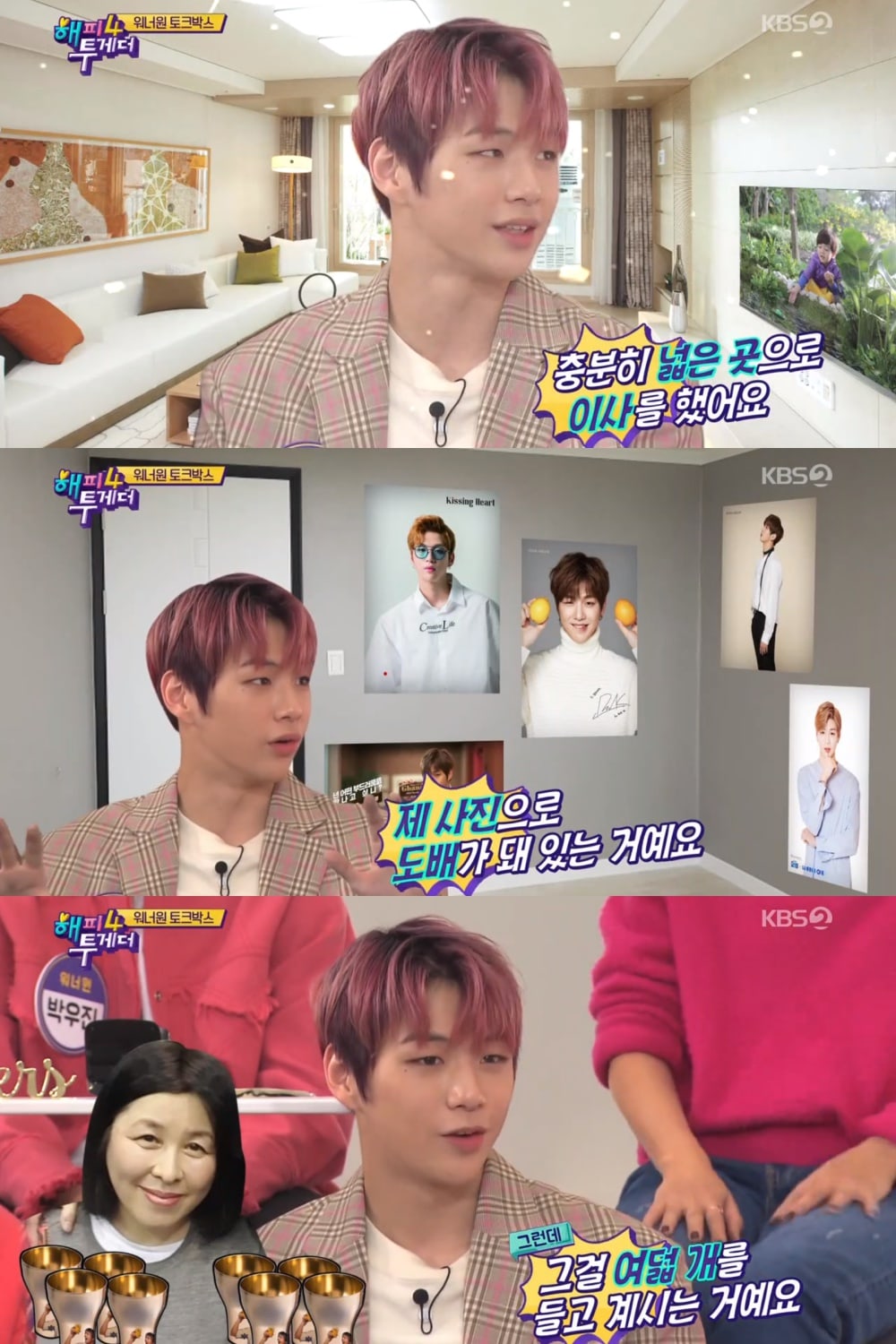 Watch the whole episode of “Happy Together 4” on Viki below!

Wanna One
Happy Together
Kang Daniel
How does this article make you feel?