On the November 16 episode of “Real Men 300,” the soldiers were tasked with the challenge of jogging uphill in the morning over a 5 kilometer (approximately 3.1 mile) route.

Sandara Park was part of the second group of soldiers to begin climbing the hill. However, shortly after they began, her pace slowed and she appeared to be struggling. Concerned for her, Oh Yoon Ah suggested that Sandara Park go to the side.

In her interview, Sandara Park said, “I don’t know why either, but I was having trouble breathing. I think it was hyperventilation. It was the first time I’d experienced that.”

On the hill, Sandara Park was asked if she could continue, and she said she could. With her determination and her instructor’s encouragement, Sandara Park made it around the course. 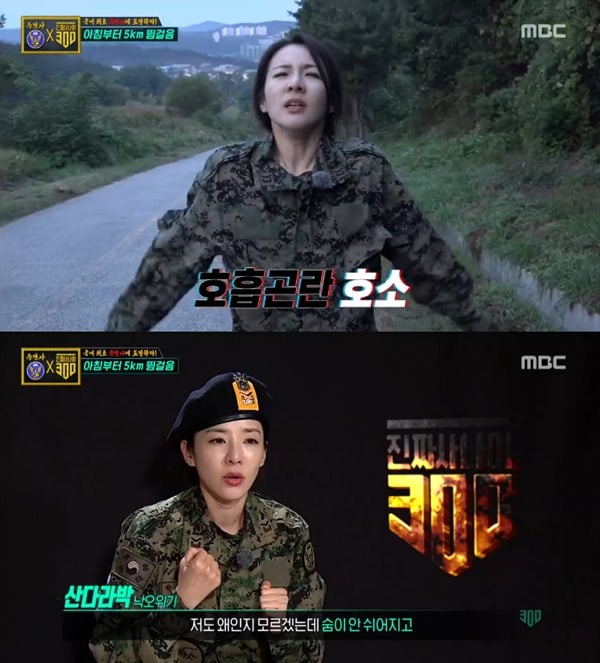 Sandara Park
Real Men 300
How does this article make you feel?