In a recent interview with BuzzFeed, f(x)’s Amber talked about her first impressions of her bandmates!

When asked what she had initially thought of the other f(x) members, Amber shared, “When I first met the girls, I did not know they were going to be my members.” She went on to explain that at SM Entertainment, “We just are all trainees together. Until we get put into a group, we don’t know we’re a group.”

She then recalled, “Krystal was, I guess, my first friend, because she spoke English. Krystal would basically take me around everywhere and show me where to do this and do that.” She added affectionately, “Always—she’s still a princess.”

Amber continued, “Luna is actually a lot different than I initially thought. She was singing power vocals; she did popping and locking—no other girl trainee was doing that.” Recalling that she had been incredibly impressed by Luna’s skills, she went on, “So I was just like, ‘[Wow.] This girl’s really… she’s got her [life] together.”

As it turned out, however, Luna did not prove to be as intimidating as she had first appeared. Amber remarked fondly, “She’s a cute little fuzzball.”

As for Victoria, Amber shared that the two hadn’t gotten to know each other that well as trainees. “We didn’t really have an impression of each other, because I barely saw her,” she explained. “She lived with me, but I barely saw her.”

Amber added with a smile, “She’s a mom.” 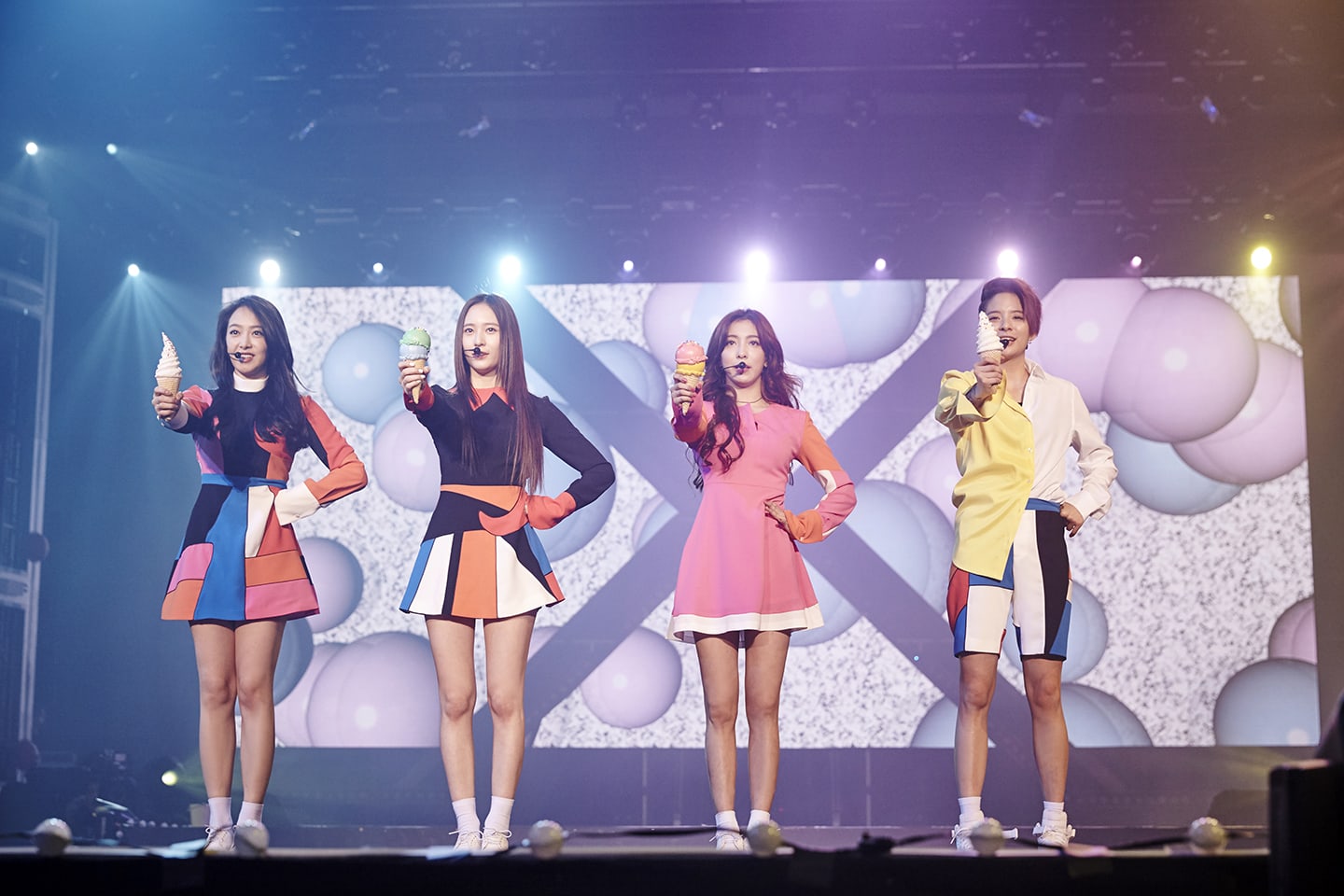 When asked to name her first celebrity crush, Amber dissolved into a fit of giggles before finally confessing, “Orlando Bloom.”

She also revealed a surprising source of musical inspiration in her life—the Disney movie “The Lion King.” After explaining that her first musical inspiration had been her mom, who “sings like an angel,” Amber recalled that she had been inspired to become a singer while watching “little young Simba” sing “I Just Can’t Wait to Be King” in the animated film.

Check out Amber’s full interview with BuzzFeed below!

Amber Liu
f(x)
Krystal
Luna
Victoria
How does this article make you feel?