Chae Soo Bin and Lee Soo Kyung have bonded over drinks in “Where Stars Land.”

Not only do the two work in the same place, but they also share a home together as roommates. Initially, Na Young Joo suggested that the two keep their personal lives separate, which created a slightly awkward roommate situation. Even when her roommate asked her for advice regarding her boyfriend Lee Soo Yeon (played by Lee Je Hoon), Na Young Joo ignored her until the very end.

In the released photos, the two roommates get closer with a few drink. They chug beer and soju together, munching on chips while sharing their worries. They get drunk to the point where they embrace each other giddily, and eventually pass out with beer cans littered around them. 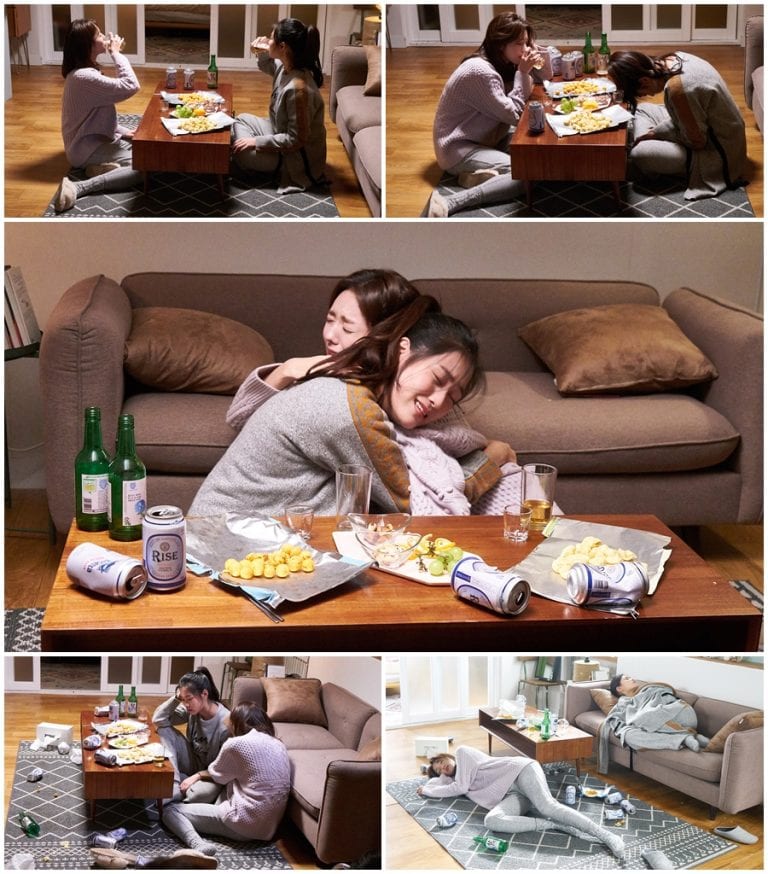 It was reported that the two actresses held nothing back and perfectly conveyed the characters’ drunken behavior. From giggling to getting teary, they portrayed their characters becoming closer. In between takes, Chae Soo Bin took care of her co-star by covering her with a blanket.

A source from the production staff stated, “As Han Yeo Reum reveals another one of her worries to Na Young Joo, it will be a scene where they slowly open their hearts to one another. Please look forward to the stronger ‘womance’ between Han Yeo Reum and Na Young Joo on the November 19 episode.”

“Where Stars Land” airs every Monday and Tuesday at 10 p.m. KST.

Chae Soo Bin
Lee Soo Kyung
Where Stars Land
How does this article make you feel?