Kang Ji Hwan, Baek Jin Hee, Gong Myung, And More Are All Smiles On The Set Of “Feel Good To Die”

The cast of KBS 2TV’s “Feel Good to Die” are having a blast on set!

The photos capture the family-like chemistry between the actors who play the employees of the MW Chicken marketing team, who never have a dull day at the office. Kang Ji Hwan and Baek Jin Hee (who play Baek Jin Sang and Lee Luda respectively) look especially close, almost like best friends. As soon they hear the director say “Cut,” the fierce tension between the two characters dissolves, and they fill the room with their positive energy.

Kang Ji Hwan, who has been melting many hearts with his sweet smile, maintains a close relationship not only with Baek Jin Hee, but also with the members of the production staff.

The newly released photos also show other actors, including Gong Myung, Ryu Hyun Kyung, Kim Min Jae, and Jung Min Ah, looking happy on set. Because of the “time loop” format of the drama, the cast must repeatedly shoot the same scenes with slightly changed details. Despite this tiring format, the actors always manage to brighten the set with their joyful energy and give strength to the staff. 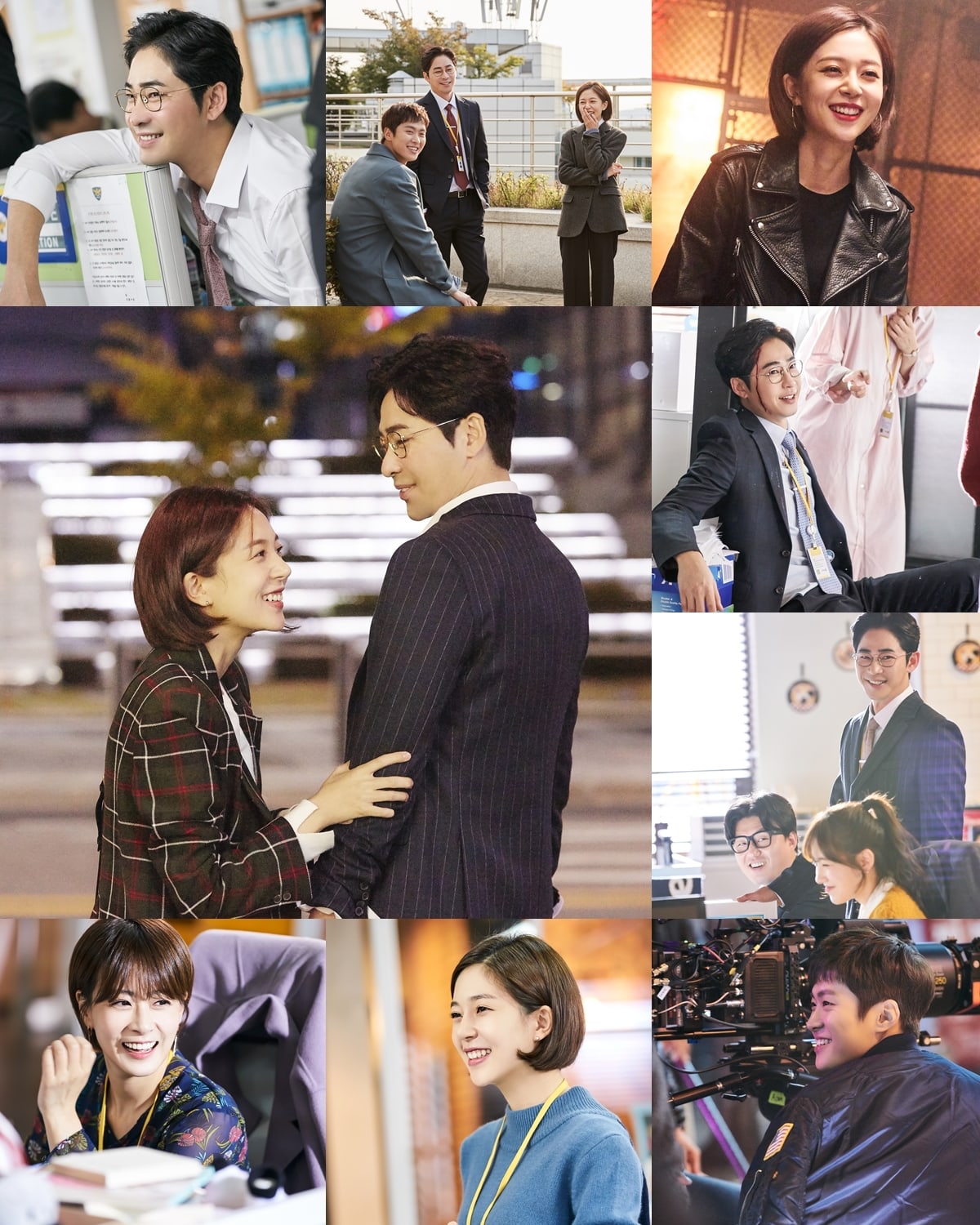 Last week, viewers watched as Baek Jin Sang learned that whenever someone cursed him, he ended up dying and restarting the day in a time loop—raising the question of whether he and Lee Luda will be able to put an end to the loop. Furthermore, legendary restructuring expert Yoo Shi Baek (played by Park Sol Mi) made her first appearance in the drama, making viewers curious about the changes she’ll bring to MW Chicken.

“Feel Good to Die” airs on Wednesdays and Thursdays at 10 p.m. KST. Check out the latest episode below!