The identity of Great Score on MBC’s “The King of Mask Singer” has been revealed to be the main vocalist of a girl group with many hit songs under their belt.

The episode of “The King of Mask Singer” that aired on November 18 followed the contestants as they battled it out for the crown.

The second battle of the second round put Great Score up against Goblin. Great Score performed Han Ye Seul’s “You’re Different,” perfecting the desperate emotions of an unrequited love. Meanwhile, Goblin performed Maya’s “Shout Me” and impressed with the rock ballad.

In the end, Goblin managed to win over the celebrity panel and audience, moving on to the next round with 70 votes to Great Score’s 29. Great Score took off her mask to reveal that it was none other than AOA’s Yuna. 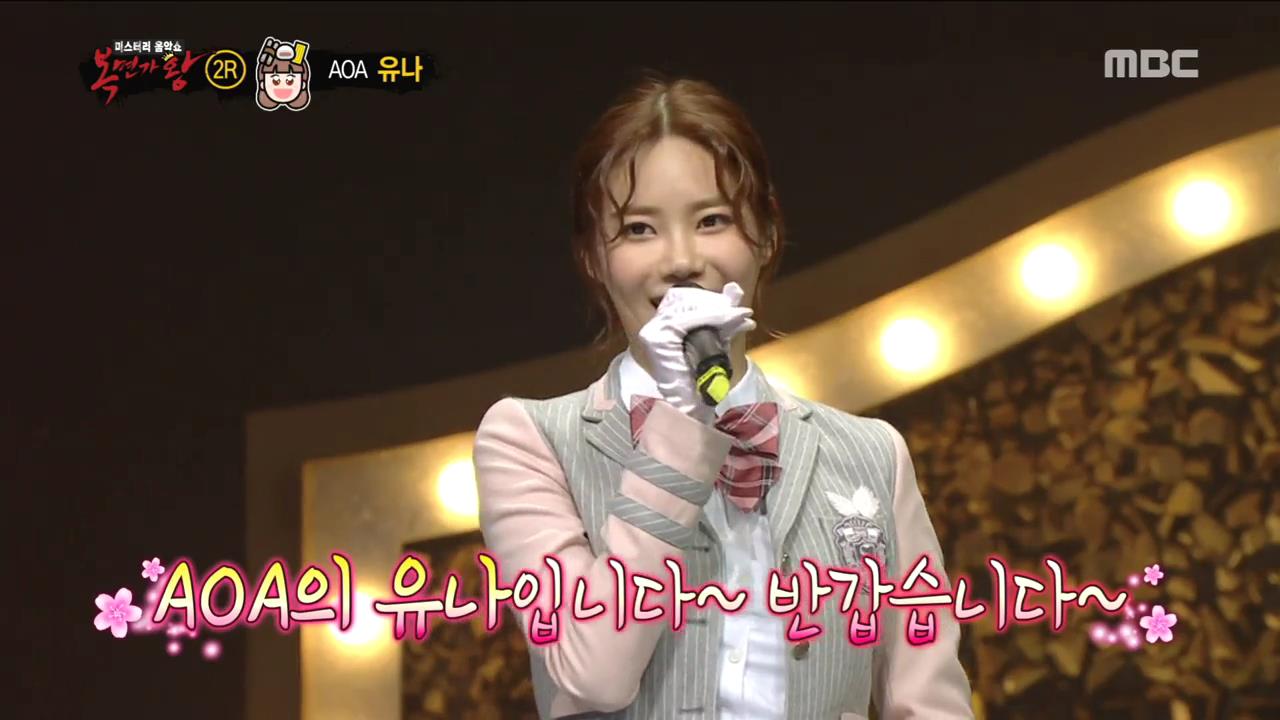 Yuna said, “I’ve performed in front of our fans a lot, but I’ve never really had the chance to showcase my voice like this on a program that isn’t a music show before, so this stage made me really happy.” She also revealed that it was the first time she had performed a song wearing sneakers and added, “I took off my heels today because I wanted to focus on my singing.” There was a moment when she teared up listening to the celebrity panel praising her performances.

Finally, Yuna said, “Before ‘Bingle Bangle,’ we were on hiatus for about a year. I used to wonder, ‘Will I be able to keep singing,’ but being here and hearing so much praise is giving me the courage to keep singing even more.”

After the show, Yuna took to her Instagram account to write, “Perfect Score on ‘The King of Mask Singer’ was me, Yuna. Thank you so much for all of the praise and encouragement. I was so happy to be able to sing. I will continue to be someone who always sings for you with a pleasant voice.”

Check out her performances and reveal below!

AOA
Yuna (AOA)
The King of Mask Singer
How does this article make you feel?