Producing director (PD) Kim Dae Jin talked about how the Korean remake “Less than Evil” is different from the original BBC drama “Luther,” why the first episode received a 19+ rating, and what it’s like working with Shin Ha Kyun.

Kim Dae Jin shared, “Rather than comparing it to the original drama, I want people to watch the current ‘Less than Evil.’ Though the roots began with ‘Luther,’ the staff and actors are making ‘Less than Evil’ so that its branches will reach out and deliver different fruit to viewers.”

On why he chose to remake “Luther,” the PD answered, “The character and story are charming. In the original, the main character Luther isn’t a simple hero but one that thinks about real problems and one that you sometimes feel sad for. Alice is the psychopath female main character. The two meet and the story of their exchanges was really fun.”

He continued, “In the remake, it’s most important to work to localize [the drama]. We worked hard to change the characters, stories, and setting to fit the current Korean emotions and state. We also added more to the story to make the characters’ relationship more dense.” 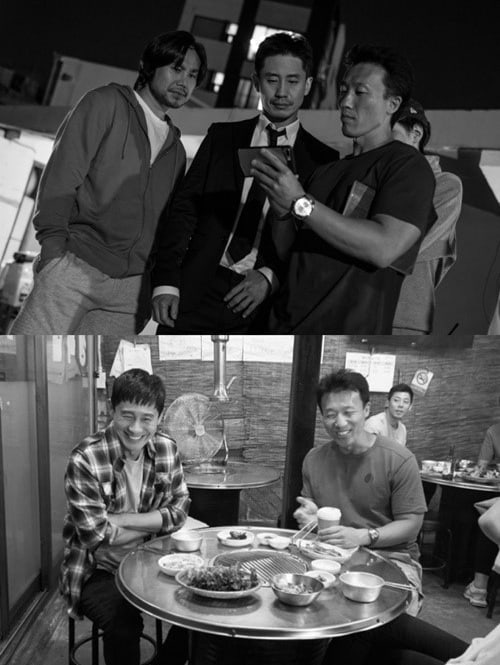 The PD then talked about working with the lead actor, Shin Ha Kyun. He commented, “On set, Shin Ha Kyun is a very helpful assistant and also keeps the director alert. To his fellow actors, he’s a leader. I feel that casting Shin Ha Kyun as Woo Tae Suk was a good decision every moment.”

“Less than Evil” will air its first episode on December 3 at 10 p.m. KST, and will be available on Viki!