JTBC’s Monday-Tuesday drama “The Beauty Inside” is almost at the end of their story and they have released new stills of Seo Do Jae (Lee Min Ki) and Han Se Gae (Seo Hyun Jin)’s surprise reunion.

“The Beauty Inside” tells the story of a woman who lives with the face of someone else one week a month and a man who has prosopagnosia, the inability to recognize faces.

The two of them were building up a strong bond as they healed each other’s scars and overcame hardships together. However, their foundation was shaken when it was revealed that Han Se Gae was responsible for the car accident that caused Seo Do Jae’s prosopagnosia ten years ago. Out of guilt, Han Se Gae announced her retirement from celebrity life and went into hiding, and Seo Do Jae was crushed about not being able to hold on to her.

With viewers curious to know if Han Se Gae and Seo Do Jae will be able to rekindle their relationship, the new stills show their surprise reunion that is bound to be an emotional one. The two meet in front of a small bookstore, and the image of Seo Do Jae handing Han Se Gae a book overlaps with a previous moment of him giving her a handkerchief. They are staring at each other without a word, and Han Se Gae’s eyes are full of longing while Seo Do Jae can’t help but show happiness on his face at seeing her. 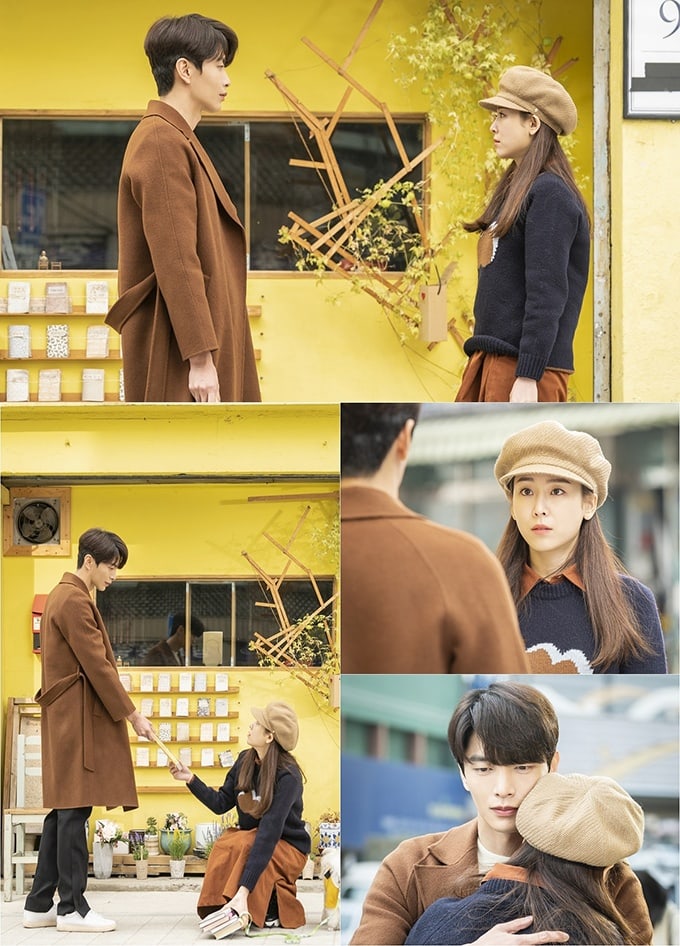 The upcoming episode of “The Beauty Inside” will follow Han Se Gae and Seo Do Jae’s lives after they split up. Han Se Gae believes that she has ruined Seo Do Jae’s life and lives a simple life in hiding. Seo Do Jae goes searching for her because he knows that she is drowning herself in guilt.

The production staff said, “Because Han Se Gae and Seo Do Jae parted ways out of love, their reunion will be quite the rocky road as well. The remaining two episodes will follow them as their love story continues to unfold. We hope viewers will keep watching as we create an ending that is befitting of the series.”