A Panoramic View Of Love & Seoul: 5 Reasons To Watch “12 Nights”

Oftentimes, traveling is not just a simple means of relaxation and pleasure. It may also indicate a kind of “escape” for some people who just need to leave everything for a while to either reflect or run away from their current situations. Traveling to a destination gives a certain kind of comfort, a distraction, and a chance that allows a person to see life from a different point of view. This is the pervading theme of “12 Nights,” a light romantic drama that tells the story of two individuals who needed to get away — in order to find each other.

Here are some reasons why you should add this cute drama to your growing list of must-watch dramas: 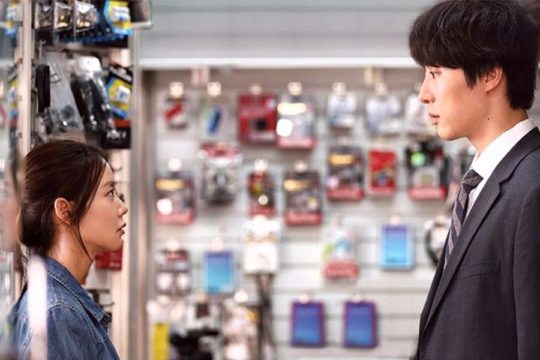 The story revolves around Yoo Kyung (Han Seung Yeon) and Cha Hyun Oh (Shin Hyun Soo), two opposite personalities who spend a total of 12 nights together over three different trips: one in 2010, one in 2015, and one in 2018. They may have different reasons for traveling to Seoul but they have one thing in common: both are struggling to find themselves and make their passions work. Yoo Kyung is a photographer from New York who can’t seem to get over her past love and her career isn’t going anywhere, whereas Hyun Oh is a company worker in Tokyo whose real desire is to become a dancer.

Han Seung Yeon gives a fresh characterization to Yoo Kyung, who is probably the most relatable character in the story. She works hard to pursue photography yet there is always something missing. She has to fight her inner insecurities, fears, and emotional baggage so that she can open herself up to new inspirations and perhaps a new love. And while Han Seung Yeon’s acting leaves room for improvement, she is able to make viewers sympathize with her situation. Another plus is that the camera loves her and she is simply glowing onscreen. 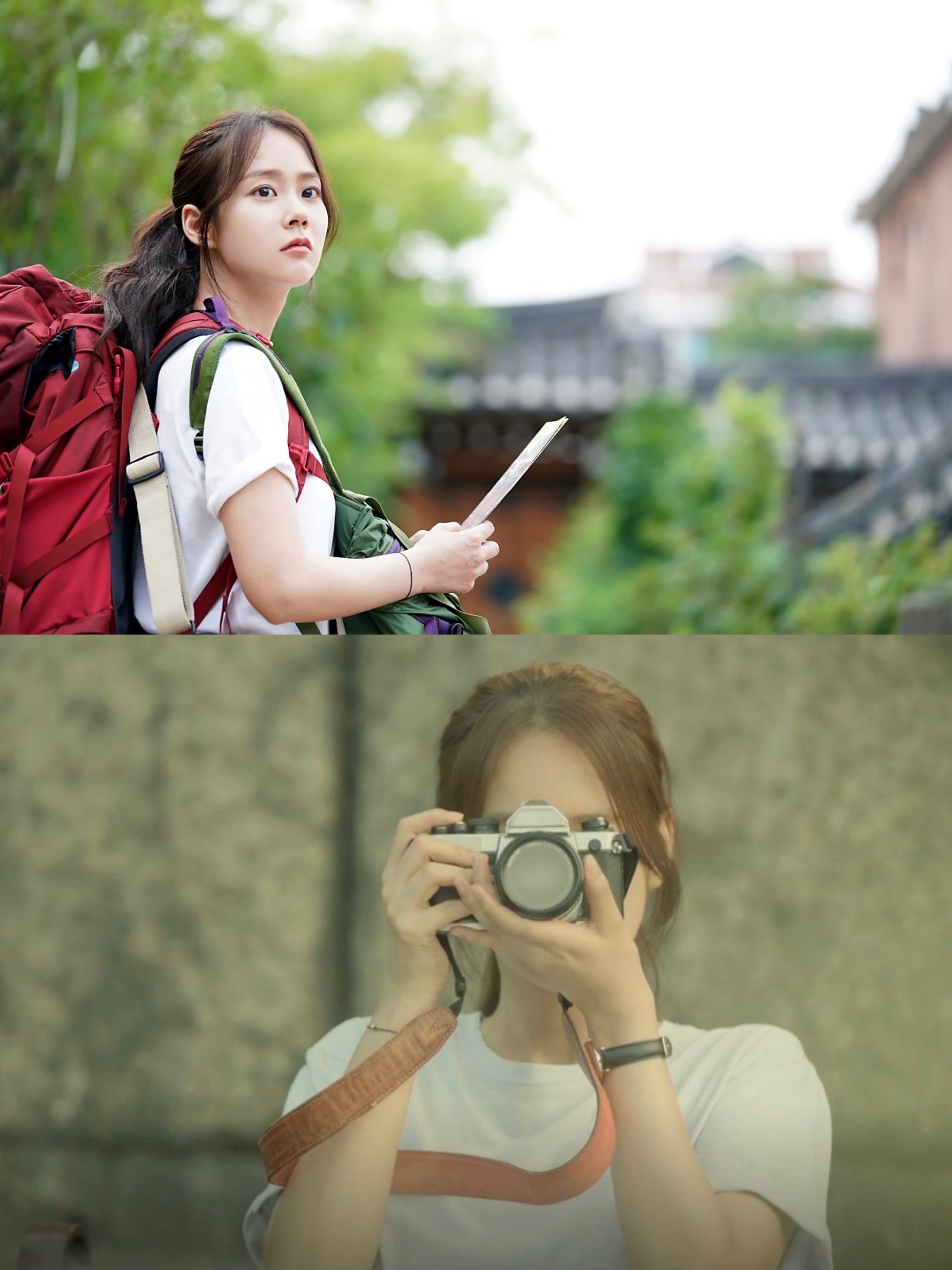 For the most part, Shin Hyun Soo is a scene stealer in this drama. Not only does he look like the next hottest leading man in a K-drama, he also has great acting chops that make the viewers’ hearts flutter. With intense facial expressions and movements, he has the ability to portray the feelings of an aspiring dancer who has to face reality and please his family rather than go for his dream. His interpretative dances in the middle of certain scenes are alluring, especially the one where he shows his routine to Yoo Kyung for the first time as the sun sets. We totally understand why she just sits there transfixed, wanting to take a photo of every moment.

There are so many cute scenes that will tickle your heart

Yoo Kyung and Hyun Oh’s first moments are really quite sweet. When Hyun Oh notices a girl crying on the bus and gives her his handkerchief, they eventually both find out that they came to Seoul as “travelers.” 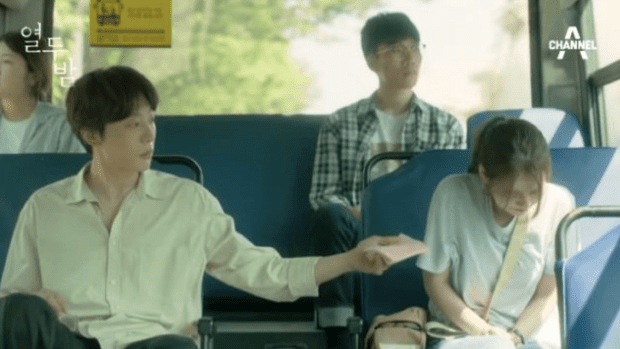 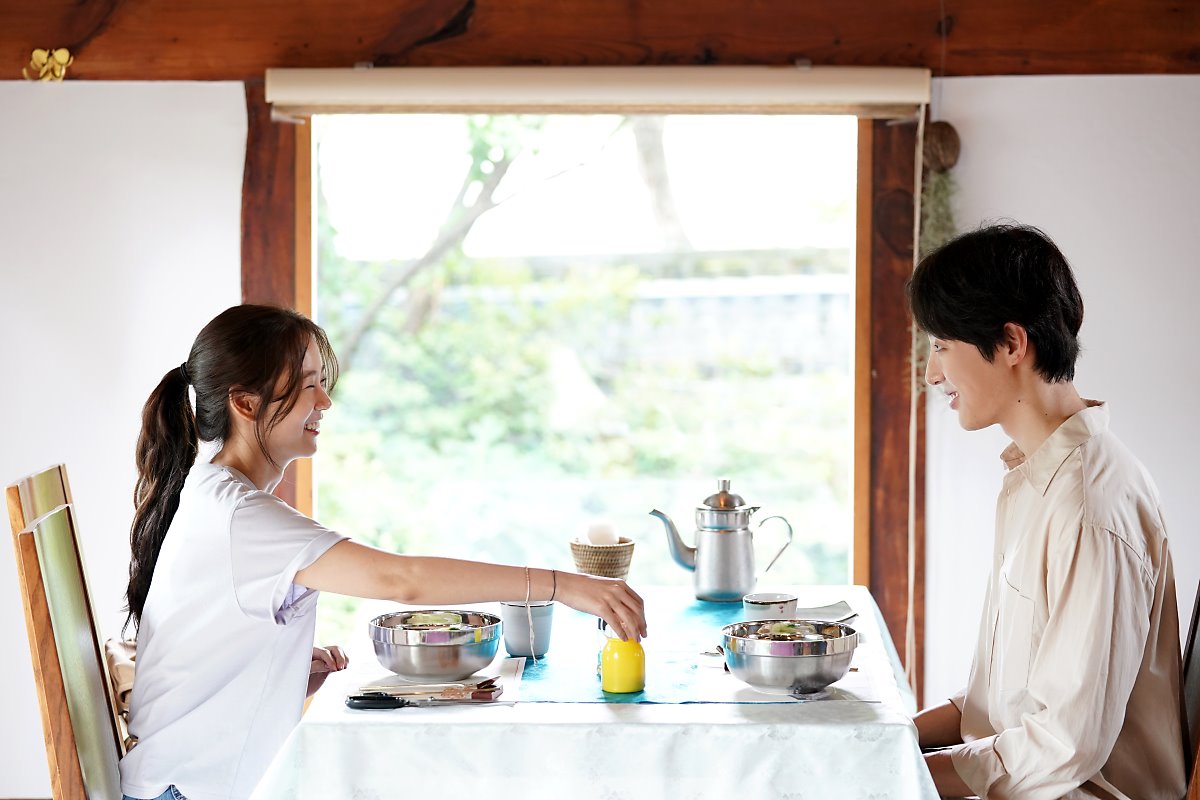 The leads end up staying in the same hostel and become closer as they talk about their problems and find comfort with each other. Yoo Kyung finds herself drawn to Hyun Oh’s kindness and straightforwardness, but tries to distance herself from him and deny the spark between them.

But fate always comes to prove that they’re more than just two strangers who coincidentally meet at the same place. Yoo Kyung always finds him by surprise: at the photography studio, at the crosswalk, everywhere she turns! Maybe it’s because he’s always on her mind, but one thing’s for sure — her heart never lies. Once they stop fighting their hesitations, their heartwarming love story begins. 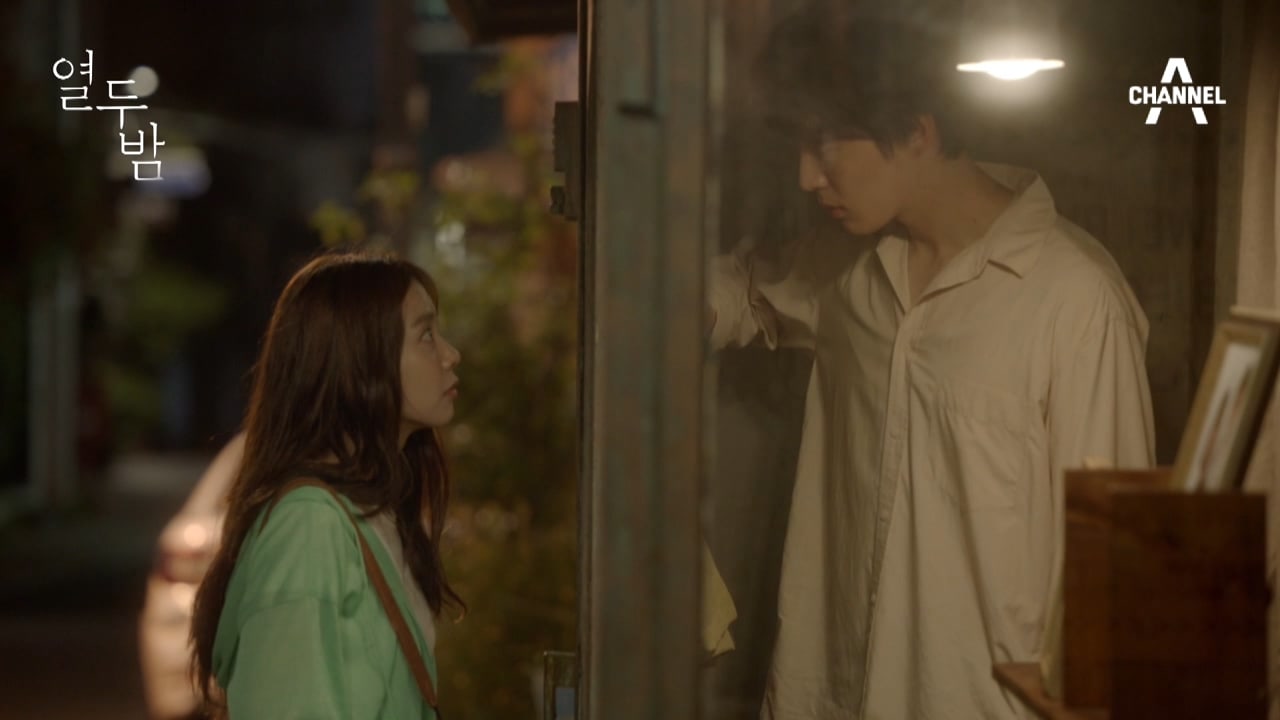 There are quite a lot of heart fluttering scenes where less words between the two are spoken and their feelings come out with only their gazes. You can see their amazing chemistry from their intense stares. The camera work takes its time in focusing on these scenes, as if to drink in the slow moment when the two realize that they’re falling in love. These elements will make you want to curl up on your bed and watch comfortably as the two play a bittersweet game of push and pull. 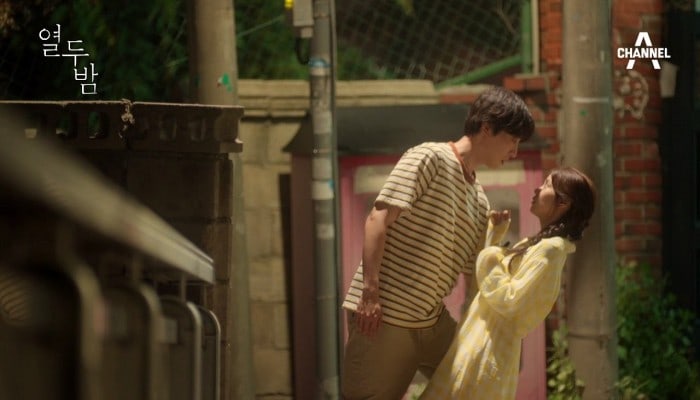 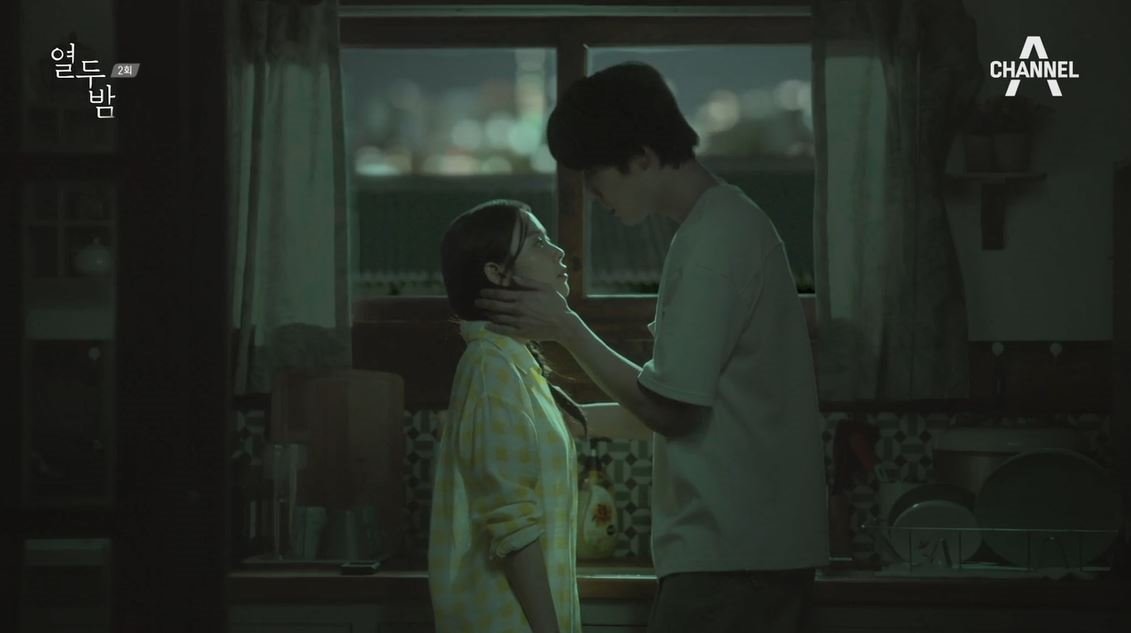 The drama will make you want to travel to Seoul

The central location of the story happens within the vicinity of a hanok guesthouse where the two leads stay, and the surroundings will bring you the old and new Korea. The traditional Korean design of their lodging, the breathtaking views of nature and greens, and the perfect combination of classic and modern architecture in Seoul all make up an inviting atmosphere that will make you want to fall in love not just with the characters but also with the place. They have conversations in the serene Naksan Park; walk around the beautiful hanok cafes, residences, and stores around Bukchon; and take in the majestic views from the top of fortresses lined with trees and buildings around the northern part of Seoul. 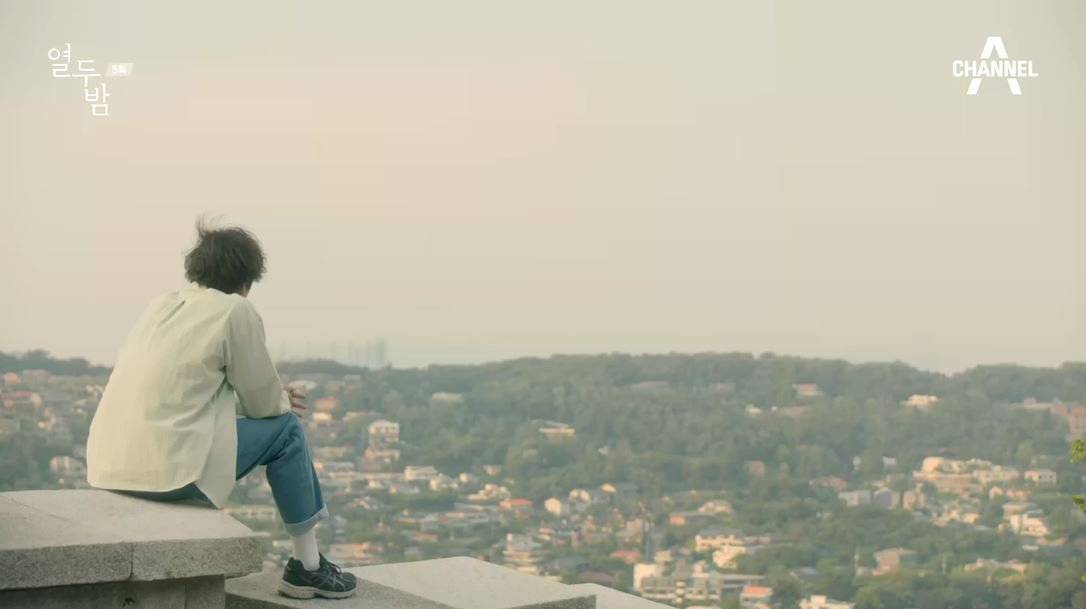 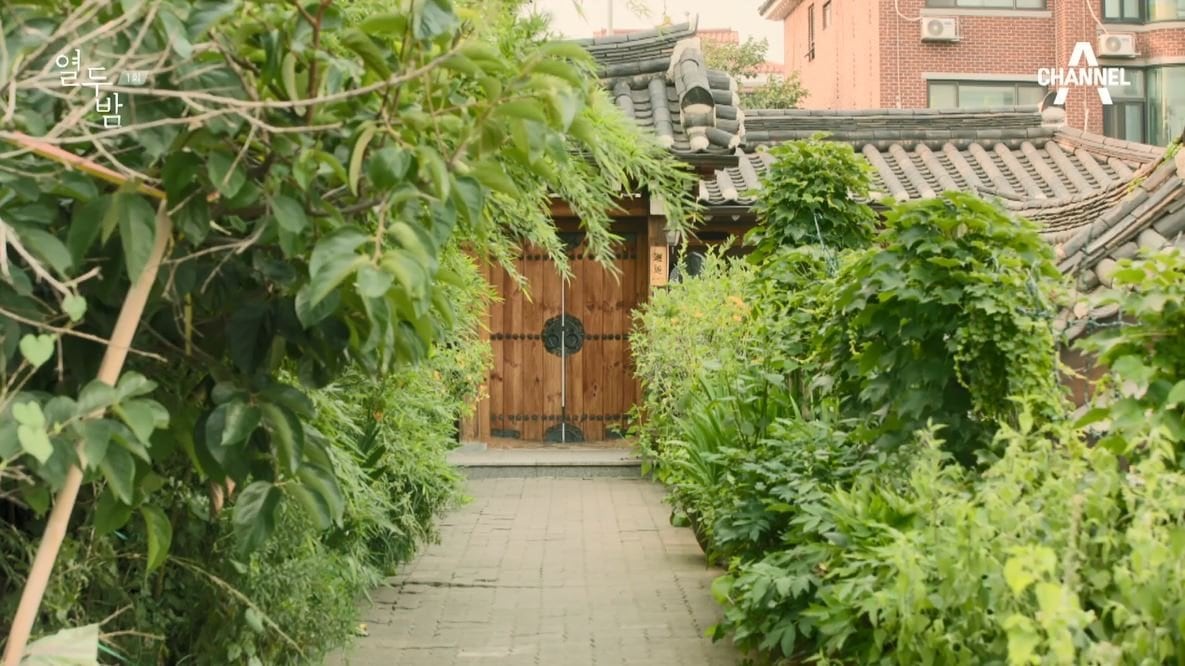 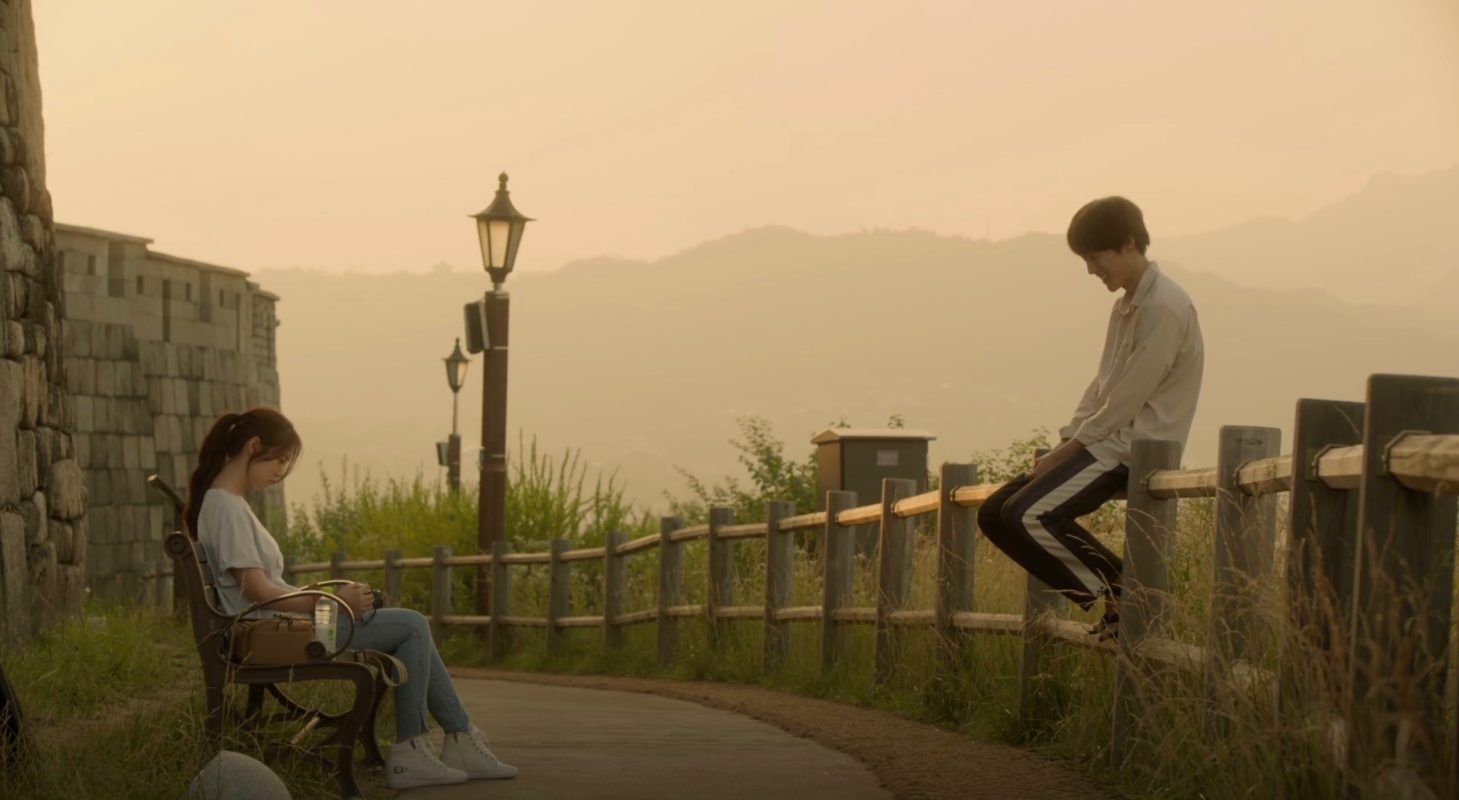 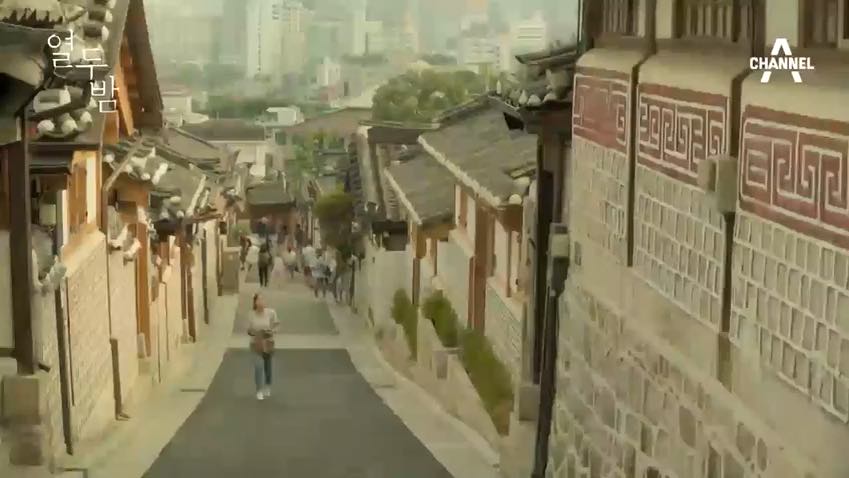 The captivating side stories

What’s great about “12 Nights” is that throughout the course of the drama, it gives viewers glimpses into different stories of the inhabitants who stay in the guesthouse at different points in time.

One of the stories actually involves the owner of the guesthouse, Lee Baek Man (Jang Hyung Sung), who gets the surprise of his life when a boy who claims to be his son suddenly appears. He keeps his distance towards him at first but eventually the boy warms his heart, and he grows up as Kim Do Wan. And as we see Do Wan in different moments in the timeline, we also get to see the development in their relationship. 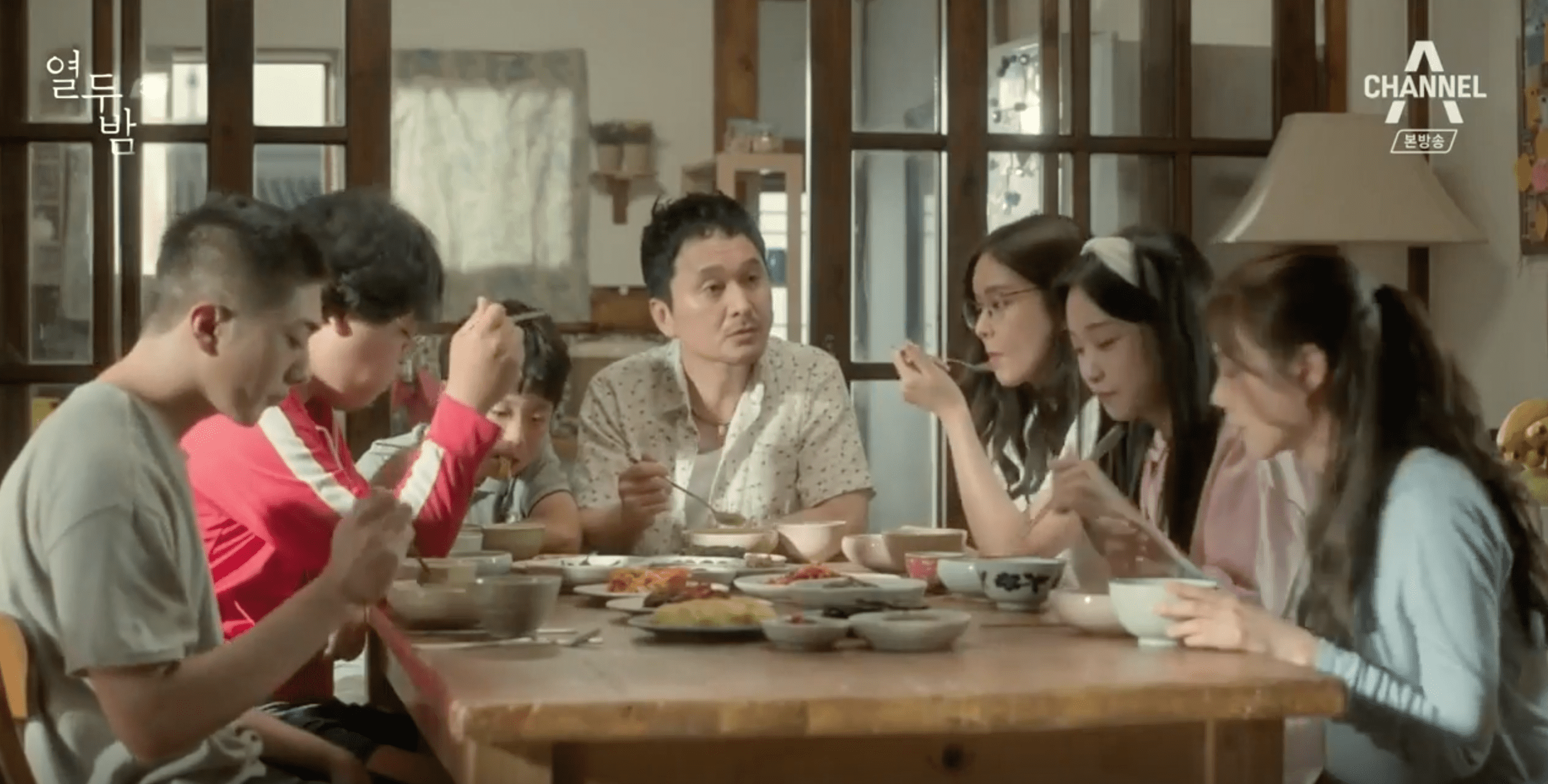 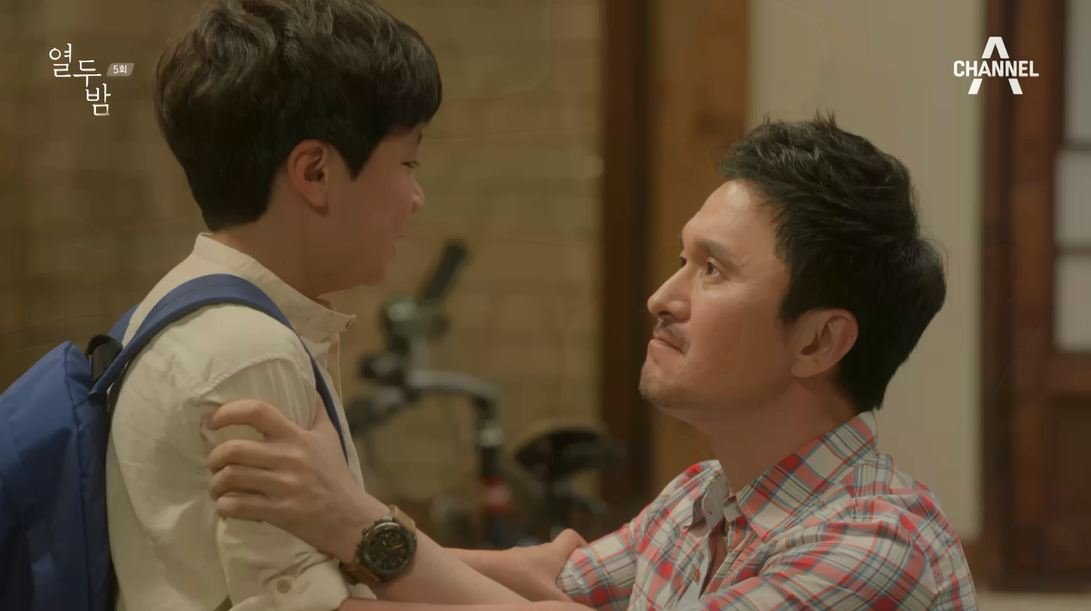 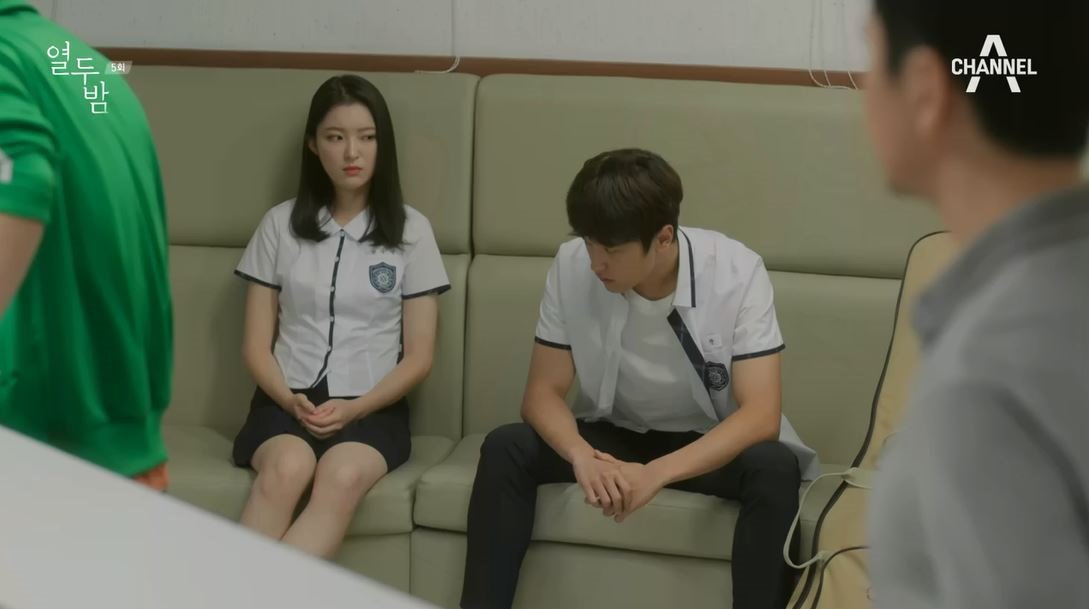 Another story we see is a curious love triangle between Joo Ah Reum (Kim Yi Kyung), Kang Eun Pyo (Lee Gun Woo) and Kwon Ki Tae (Kim Beom Jin). Ah Reum and Ki Tae are officially in a relationship when, on one drunken occasion, Ah Reum accidentally kissed Eun Pyo, who is actually Ki Tae’s best friend. Things get complicated when they all meet to settle the score about who’s truly in love with Ah Reum. Their story is quite a cliffhanger and it will make you want to follow them and see who ends up with who. 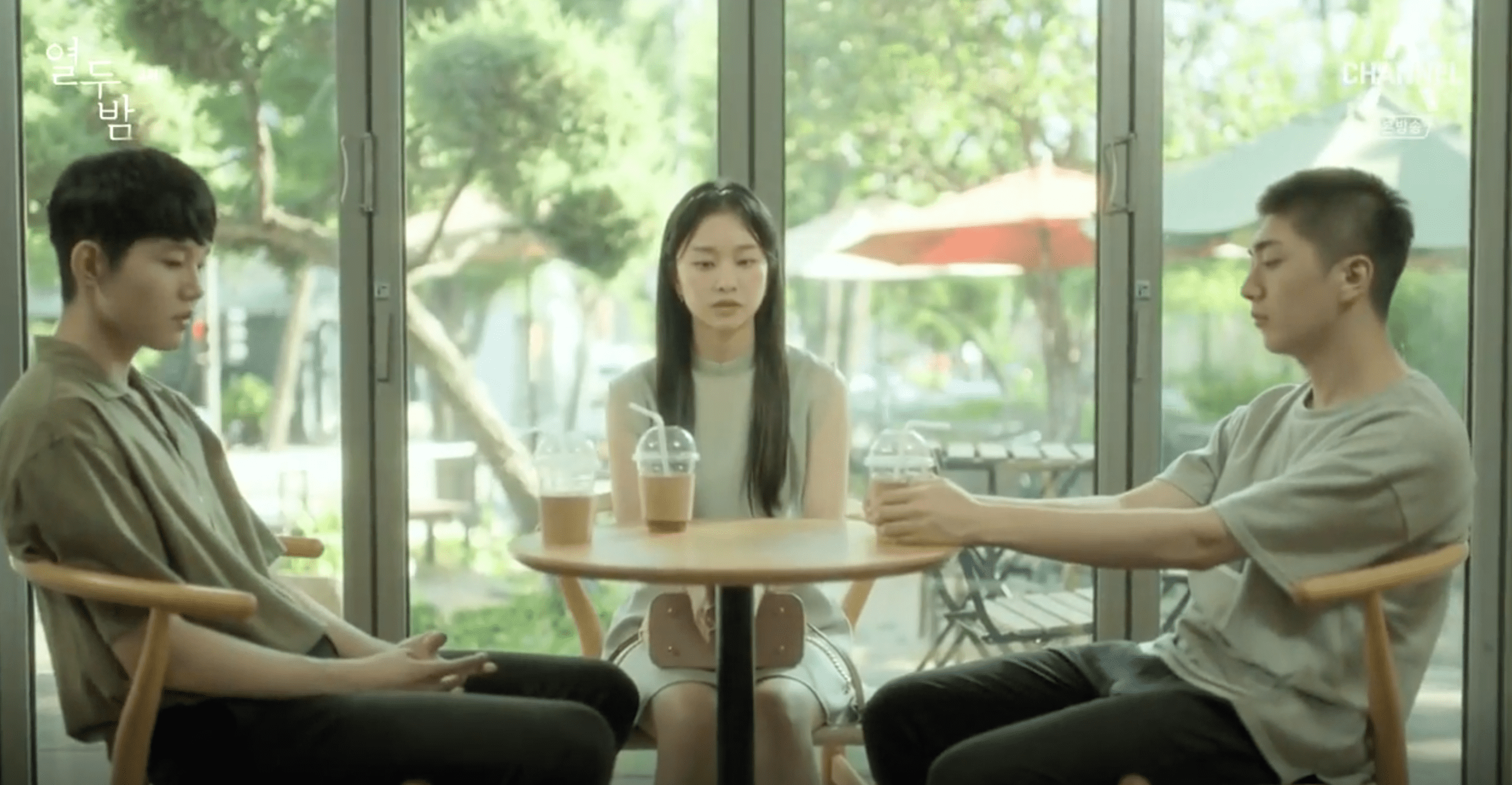 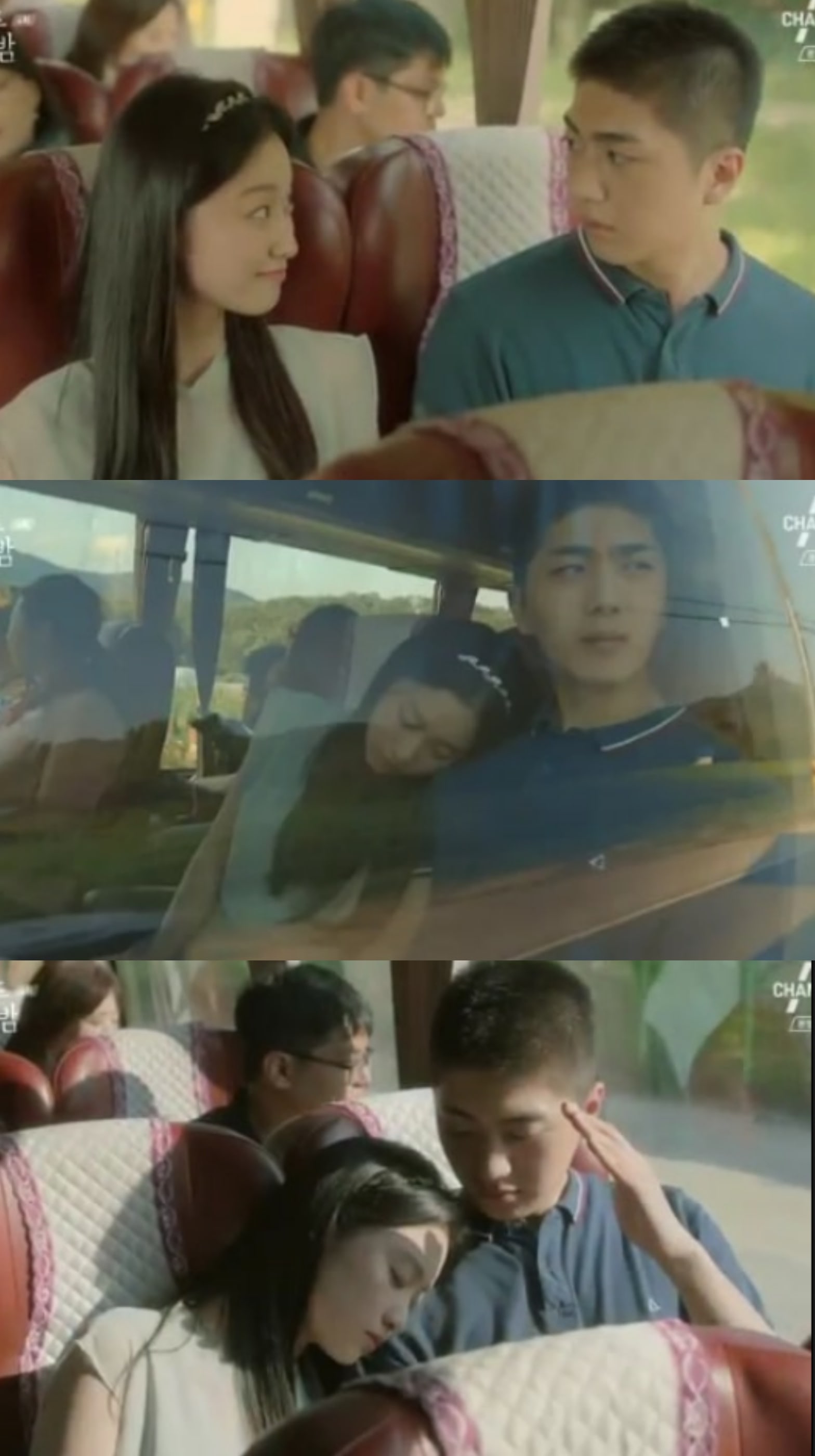 A lighthearted story with a perfect pace 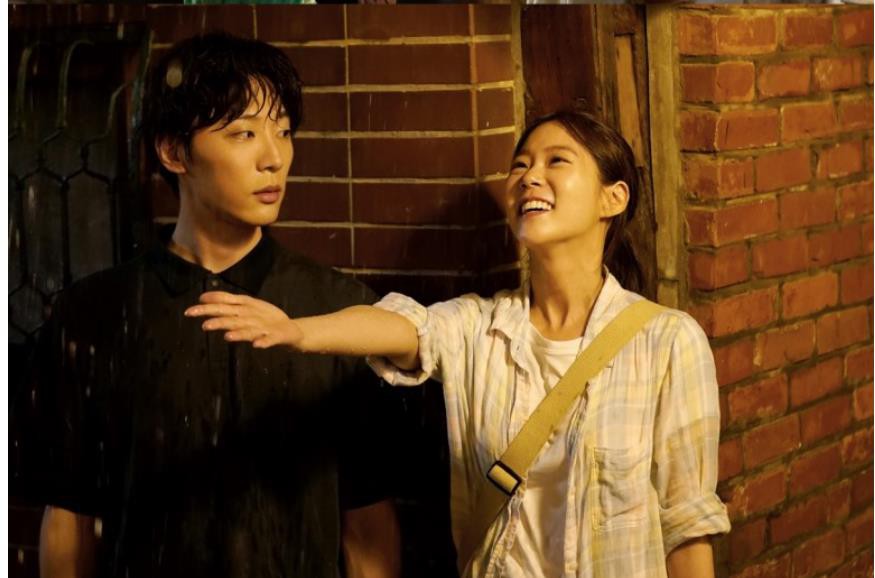 The drama’s simple story is quite relatable, which makes it easy to watch and it doesn’t have a complicated web of connections and cliched characters that are typical of some K-dramas. It also does not drag on too long, nor does it happen too fast. The cinematic, movie-like shots allow the characters to savor each moment in the beautiful traditional and modern streets of Seoul. So if you’re looking for something light to watch on a relaxing weekend, this drama just might be for you!

Hey Soompiers! Have you given this drama a shot? Let us know what you think in the comments below!

Currently watching: “12 Nights,” “The Smile Has Left Your Eyes,” “Love Alert”
All-time favorites: “Because This Is My First Life,” “Weightlifting Fairy Kim Bok Joo,” “Goong,” “My Love From the Star,” “My Ahjussi”