“Encounter” is about the love story between two very different people whose lives change after a chance encounter. Cha Soo Hyun (Song Hye Kyo) is someone who has never lived for herself or by making her own choices. Kim Jin Hyuk (Park Bo Gum) lives an ordinary life, but is a pure and free soul who cherishes every moment of it.

The show is also the first among Korean dramas to film in Cuba. After determining that Cuba had the vintage space and bright colors needed to portray the different experiences that Soo Hyun and Jin Hyuk share after their chance meeting, the production staff began taking the steps to officially begin filming in Cuba. The actors and staff then flew to Havana, Cuba this September and shot “Encounter” for the duration of approximately a month.

Cuba is famous for its lovely views and nostalgic buildings and streets from the past that give the country a unique look and atmosphere. The actors and staff of “Encounter” used locations with deep history, such as Havana’s Malecon beach and the Hotel Nacional de Cuba, for their filming sites. Viewers can look forward to Song Hye Kyo and Park Bo Gum’s characters having a magical encounter with Cuba as the show’s enchanting setting. 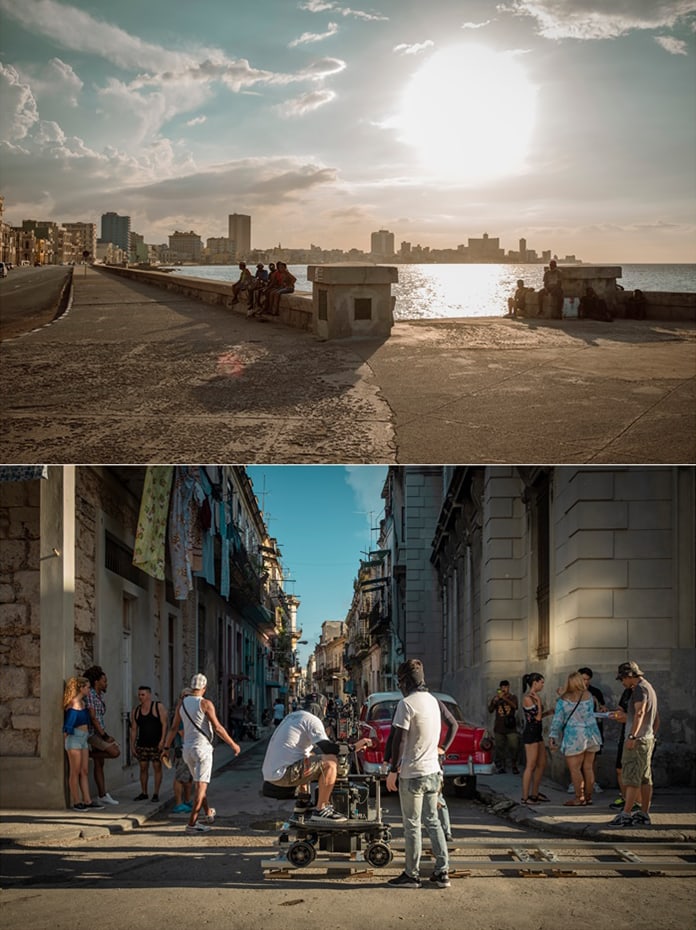 The production staff stated, “Because it’s hard to get permission to film in Cuba, we put in a lot of effort [into making it happen]. Thanks to the actors and staff who worked together under the South American sun with similar feelings of wanting to create beautiful scenes, we’re very pleased that we were able to film heart-throbbing scenes. We plan to portray the Cubans’ gaiety and aesthetic elements throughout the drama, so please look forward to and stay tuned for the premiere of ‘Encounter’ that will be full of Cuba’s exotic and beautiful scenery.”

“Encounter” will premiere on November 28 at 9:30 p.m. KST. Check out the latest teaser for the drama here!