“The Best Chicken” is about Park Choi Go (Park Sun Ho), an employee at a big company who dreams of owning his own chicken restaurant, and Seo Bo Ah (Kim So Hye), an aspiring webtoon writer who secludes herself in the bathhouse she inherited from her grandfather. Including Andrew Kang (played by Joo Woo Jae), a once promising chef who is currently homeless, the drama follows the stories of their growth. 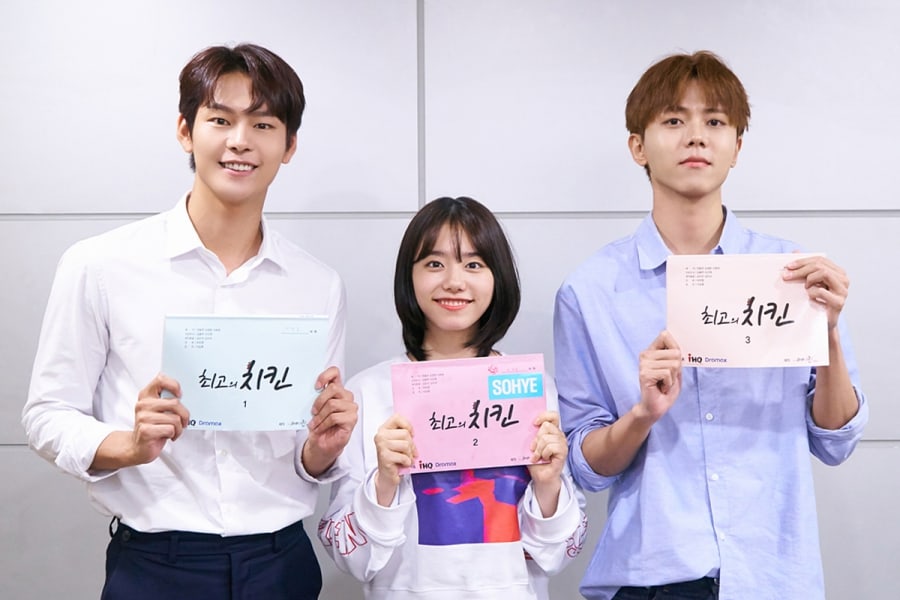 Park Sun Ho will be showing his clumsy but lovable charms as Park Choi Go, who dreams of becoming the head of a chicken restaurant. Kim So Hye’s character Seo Bo Ah disguises herself as a part-time employee at Park Choi Go’s chicken restaurant. Joo Woo Jae will take on the role of genius chef Andrew Kang, who experienced an unfortunate accident and become homeless.

“The Best Chicken” will premiere via Dramax on January 2 at 11 p.m. KST.