On the November 21 broadcast of tvN’s “Soo Mi’s Banchan,” a cooking show with actress Kim Soo Mi, Key finally found food that reminds him of his late grandmother’s cooking.

Key said, “My grandma raised me, and when she made me food, she never told me what it was,” explaining that he was never successful in trying to recreate the dishes, but after watching Kim Soo Mi’s show, he found out the missing ingredient for a dish he likes.

“It’s been four years since my grandma passed away, and I still can’t throw away the food that she made me. I can’t eat it, but I can’t throw it away, either.” 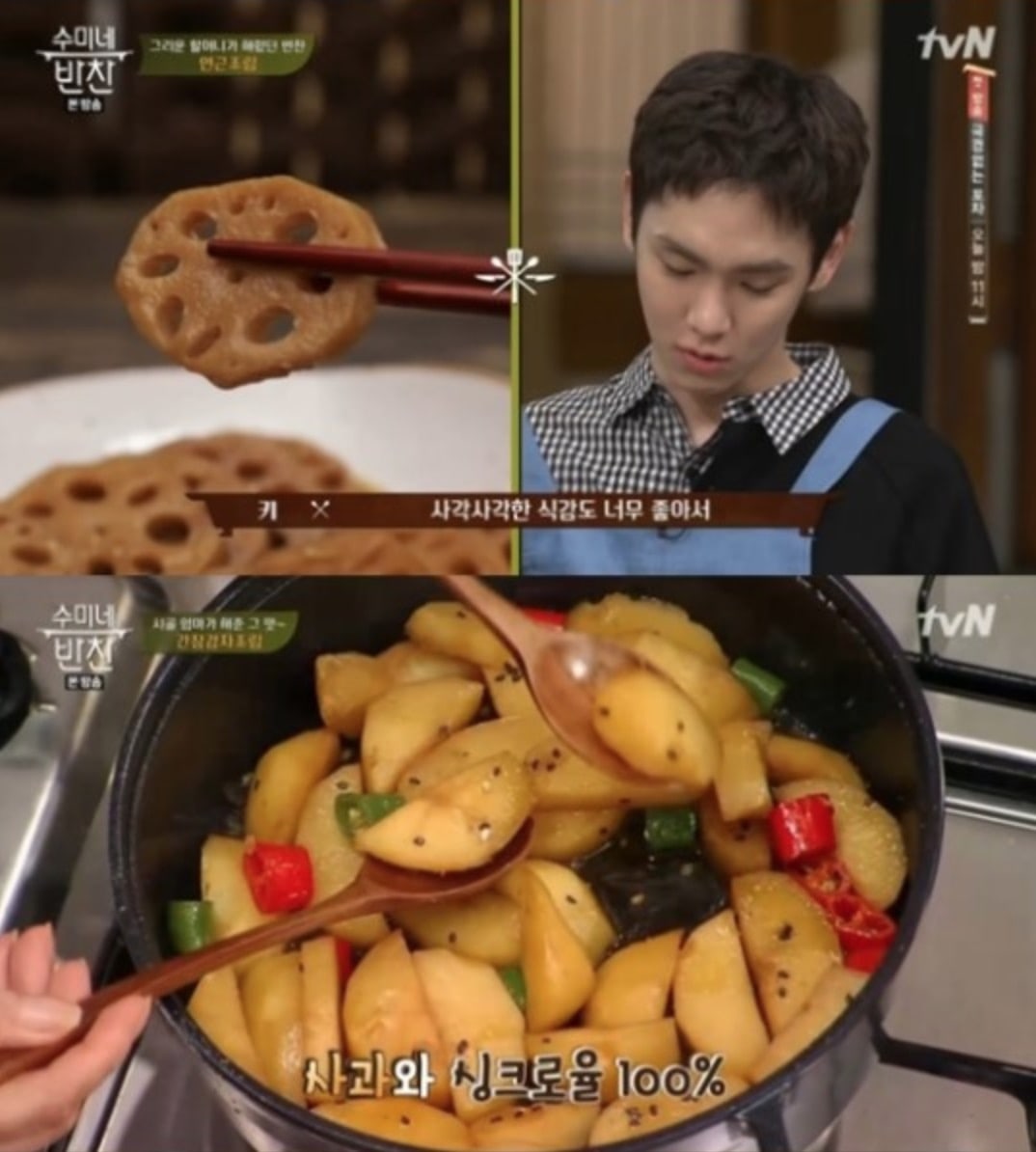 After personally tasting dishes made by Kim Soo Mi, Key said, “My grandma made it exactly like this,” and expressed his hope that the dishes he ate when he was younger wouldn’t disappear. “I would like it if people kept making the dishes that I ate when I was young. Even now, it’s hard to find the ingredients.” Kim Soo Mi explained that that’s exactly why she’s doing her show: “Many of the things I ate when I was young have disappeared. People don’t have them anymore.” 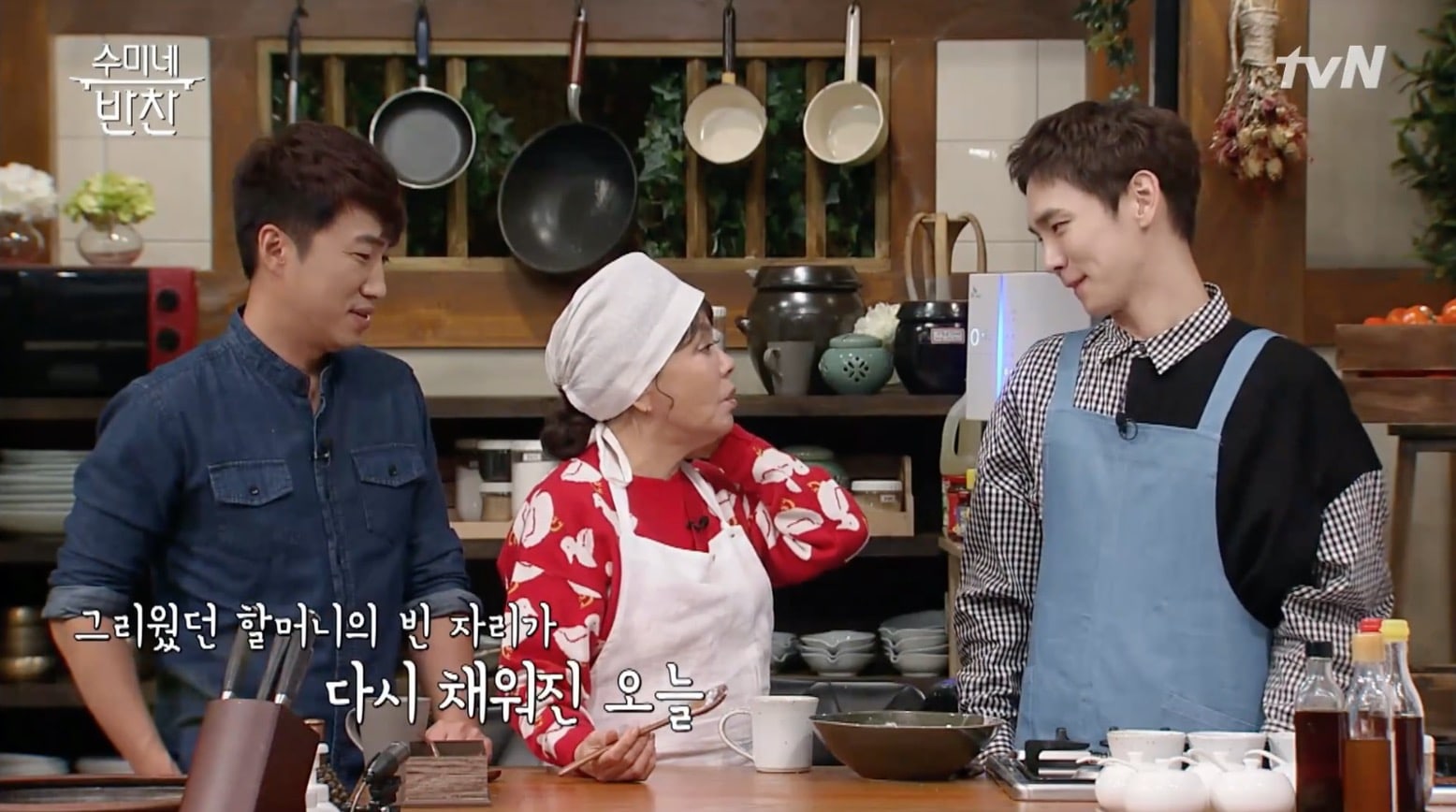 Kim Soo Mi reminded Key that she’s ‘grandma’ to him now. She said, “We’ve promised. It doesn’t matter where you see me, call me grandma.” The actress then signed a book for Key, writing a message in it that said, “A Korean’s strength comes from food.” Seeing that message, Key teared up, reminded of his grandmother. He said, “The last note that my grandma left me before she passed away said the same thing. It was my birthday.”

Kim Soo Mi comforted Key, saying, “Your grandma would be so happy right now, knowing that you love her and miss her food so much.” 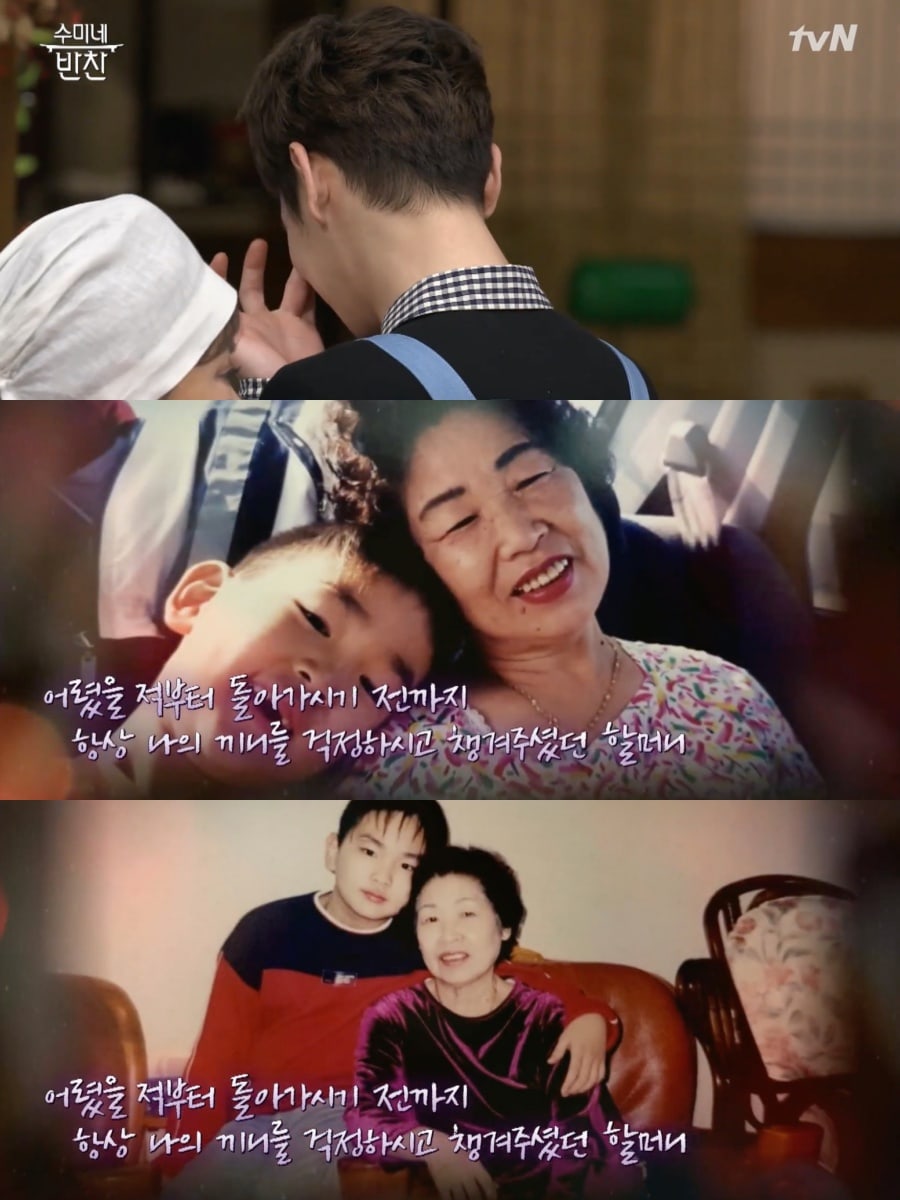 SHINee
Key
Soo Mi's Banchan
How does this article make you feel?