“Children of Nobody” (also known as “Red Moon, Blue Sun”) is a new mystery thriller starring Kim Sun Ah as Cha Woo Kyung, a child counselor with a seemingly perfect life. After winding up in a strange car accident, Cha Woo Kyung’s world comes crashing down as she stumbles upon a mysterious child and embarks on a quest for the truth, using poetry as clues.

Kim Sun Ah commented at the press conference, “It is my first time doing a thriller television show. The drama is like a very exciting mystery novel, and I chose it because it’s really interesting. There is no particular reason. I just thought the story was interesting. I thought it would be more interesting while filming it.”

When asked if she felt any pressure because of her previous hit works, she honestly responded, “I’d be lying if I said I don’t feel pressured at all, but it’s not major. Rather than feeling burdened, I wanted to do something interesting and good.”

“There were some productions that did well when I had that approach,” she continued. “In the case of ‘My Name is Kim Sam Soon,’ the ratings went up from 10 percent to 50 percent. I didn’t actually think it would turn out that way. ‘Woman of Dignity’ also started at 2 percent and ended at 12 percent. I didn’t think it would succeed or not succeed; I just thought ‘I hope it does well.’ Therefore, rather than feeling pressure, I just want this drama to do well. This work is a little dark. But it’s also interesting. If our project is interesting, I think viewers will watch it.”

The actress added, “I’m not really influenced by my previous characters or productions. It is not easy to come across good projects and characters. The first priority is to be happy while doing such projects. I want to play as many roles as I can. I am very happy to play my role this time. Thank you very much for the opportunity.”

Her co-star Lee Yi Kyung also talked about working with her. He said, “I relied on Sun Ah and the director a lot. I am very glad to be working with Kim Sun Ah. I can’t help but rely on her. She accepts everything.” In return, Kim Sun Ah shared, “He always makes me laugh. He keeps saying he’ll buy me something.” 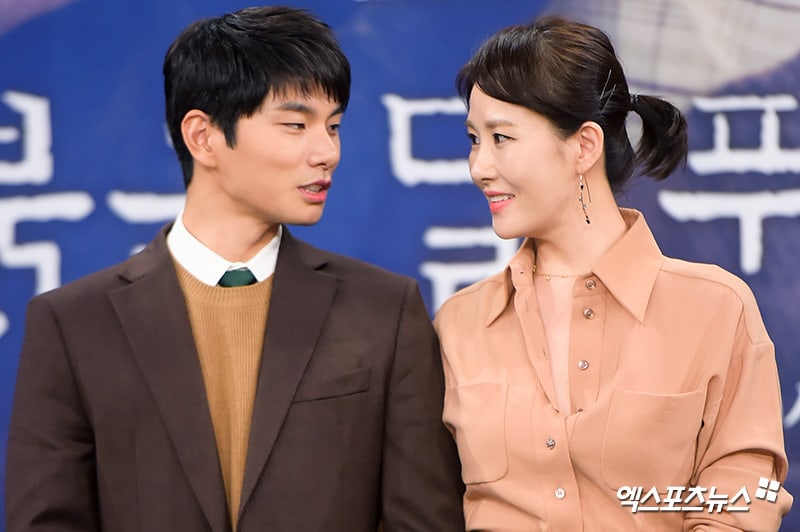 “Children of Nobody” premiered on November 21. Check out the latest episode below!

Kim Sun Ah
XPN
Children of Nobody
How does this article make you feel?