The two idols headed to the neighborhood of Dogok in Gangnam with hosts Kang Ho Dong and Lee Kyung Kyu.

Lee Kyung Kyu, who usually doesn’t recognize idols, noticed Cha Eun Woo right away. He shared, “I met him on a different program and as soon as I saw him, I told him, ‘You’re a facial genius.'” Cha Eun Woo explained he decided to come on this show because his “My ID Is Gangnam Beauty” co-star Im Soo Hyang highly recommended him to.

Henry made a grand appearance by playing the violin. He said, “It’s been ten years since I’ve come to Korea. I usually either eat at restaurants or eat alone. Come to think of it, I don’t think I’ve ever had a decent home meal in Korea.” Henry also talked about how he has never had a girlfriend since his debut. He explained, “I haven’t met the right person yet. But I am not lonely. I’m happy now.” 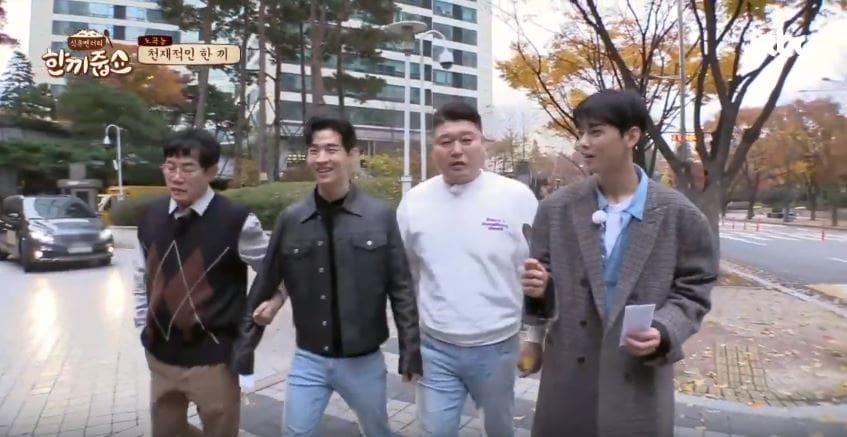 When night fell, the two guests officially started the show’s main challenge of going around the neighborhood and finding a family to have a meal with. Henry and Lee Kyung Kyu succeeded first. Henry was loved by the family who accepted their offer for his unique affinity. He interacted warmly with the family members, helped the mother cook, and even protected her when something fell off the shelf.

In satisfaction, Lee Kyung Kyu commented, “Henry is working hard today.” Henry confessed, “After I left Canada, I never got together with my family. It’s been a while since I ate homemade food. I feel so moved that I’m about to cry.”

Cha Eun Woo and Kang Ho Dong also successfully joined a family for a meal. Coincidentally, they went to a home where the father was a plastic surgeon. He said that Cha Eun Woo’s face scores 100 points out of 100 and praised, “Even I think he’s charming.” On the other hand, the plastic surgeon admitted he couldn’t score Kang Ho Dong’s face. He bluntly stated, “Your face is too big. However, you have a good ratio.” 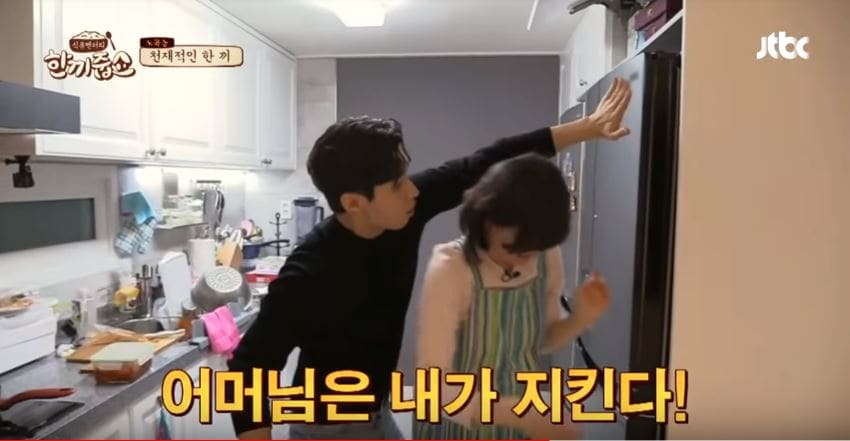 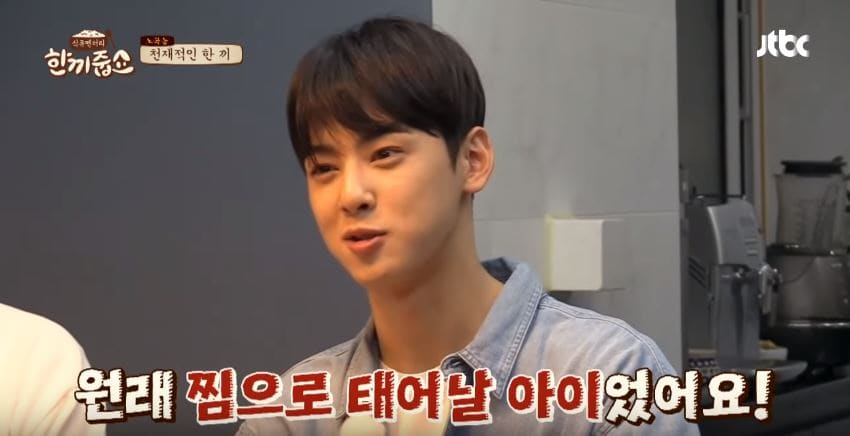 Both Henry and Cha Eun Woo ended the night by gifting their respective families with musical performances. Henry played “Zigeunerweisen” by Pablo de Sarasate on his violin while Cha Eun Woo played “Chaconne” by Yiruma.

ASTRO
Henry
Cha Eun Woo
Let's Eat Dinner Together
How does this article make you feel?