The male idol made an appearance on the November 21 episode of “Weekly Idol.” Prior to the broadcast, he met with the production crew, who proposed a deal.

He had to name three people who would reply to a text message from him, how quickly they would reply, and what he thought they would reply. If everything went as he predicted, then the crew promised to play his new music video on the show.

Aside from Soyou and Yang Se Hyung, Key predicted that Taeyeon would reply back in 20 minutes with, “Huh?” However, no matter how much he waited, she didn’t answer within the designated time, and he ultimately failed his mission.

Key agreed with her, saying, “If I knew that something was on the line, I would have put down three or four hours. I think Taeyeon is wasting her money on phone bills. She did reply, ‘Hey,’ three hours later.” Kim Shin Young was amazed and said, “It only took three hours? That was a quick response.” 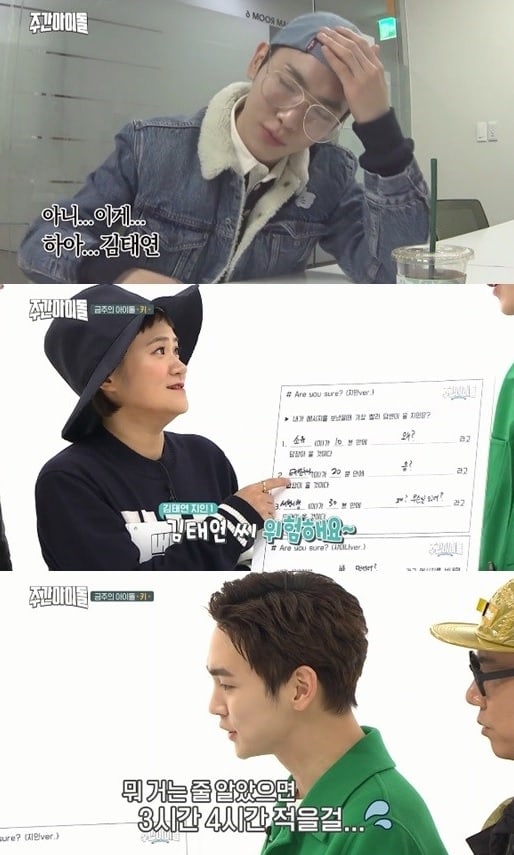 As for why he thought he would get a reply within 20 minutes, Key began saying he thought of the mission too lightly when the MCs joked, “You just wanted to go home early, right? You wanted to fail the mission early on and go home.”

Key recently made a solo debut with “Forever Yours” and is gearing up for the release of his first solo album “Face.”