“My Strange Hero” tells the story of Kang Bok Soo (Yoo Seung Ho), a man who returns to his old school as a teacher to enact revenge after he was expelled from the school as a student due to false accusations. However, he soon becomes entangled again with his first love from that time, Son Soo Jung (Jo Bo Ah).

Although Kang Bok Soo had once been the “small hero” of Seol Song High School, after he is expelled, he becomes a “substitute man,” someone who takes on tasks in other people’s lives as long as he gets paid.

In the images, Kang Bok Soo is paid to attend a dinner party in place of someone else. Wearing a butterfly necktie and black tuxedo, Kang Bok Soo enjoys his fancy meal. He stuffs his mouth to the brim with food in a Bok Soo-like manner. 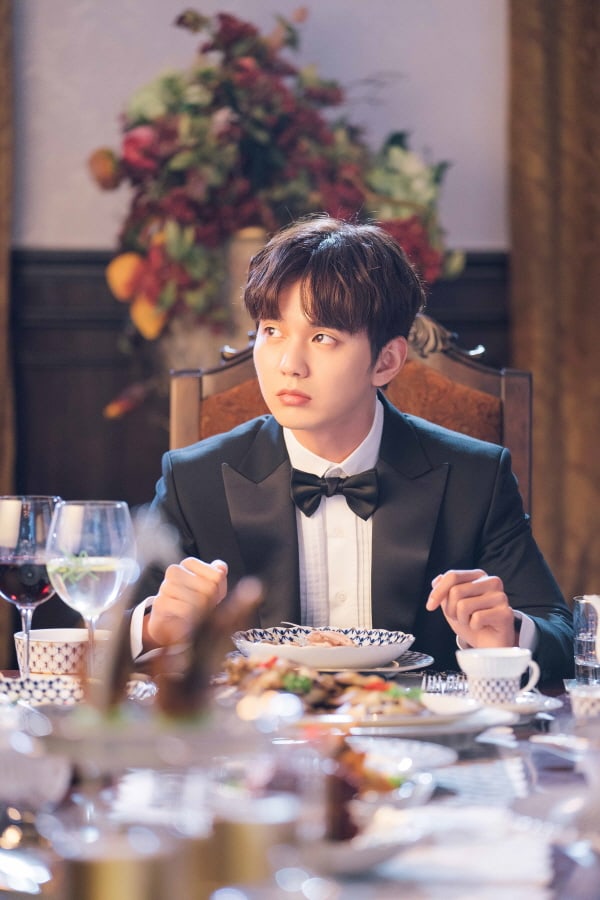 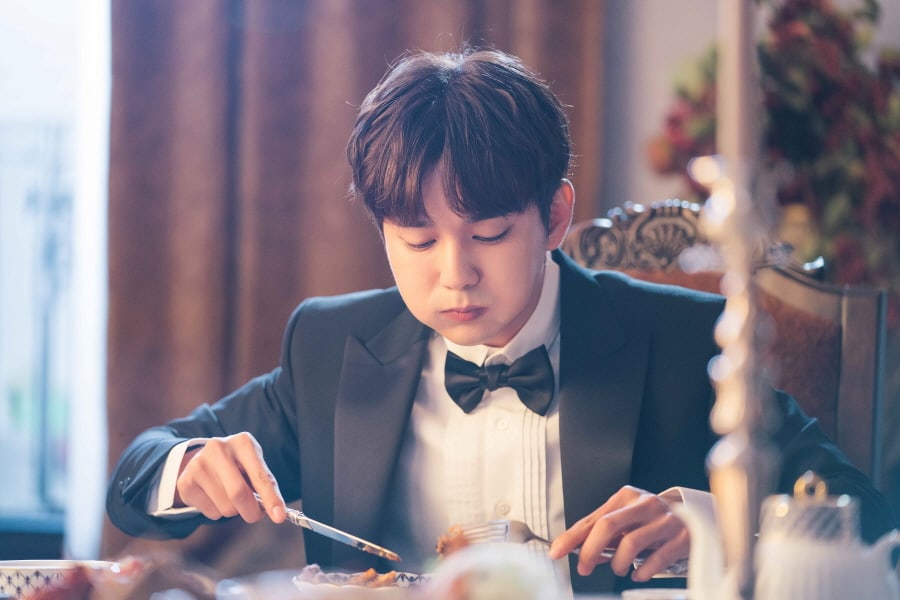 The rest of the photos show Bok Soo looking quite surprised after seeing someone at the opposite side of the table. 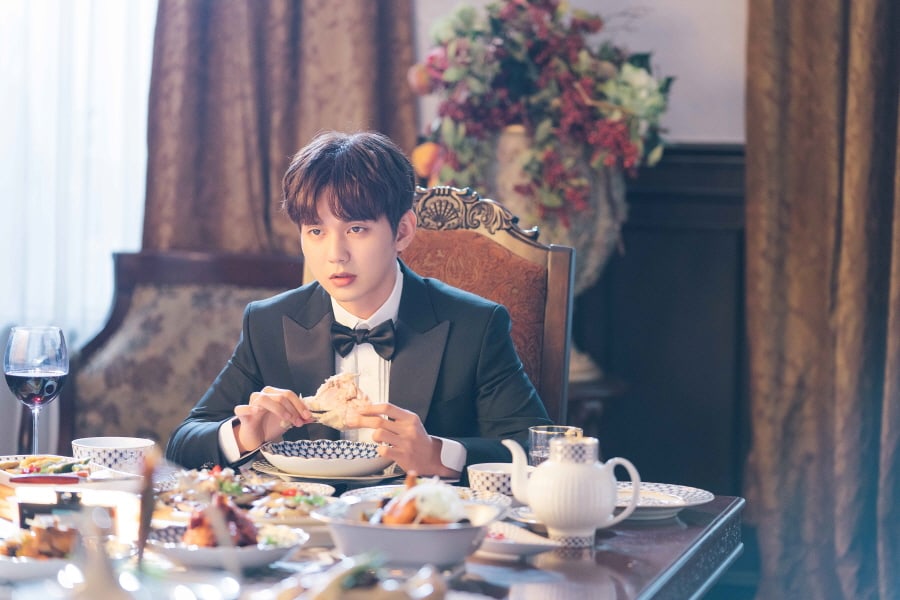 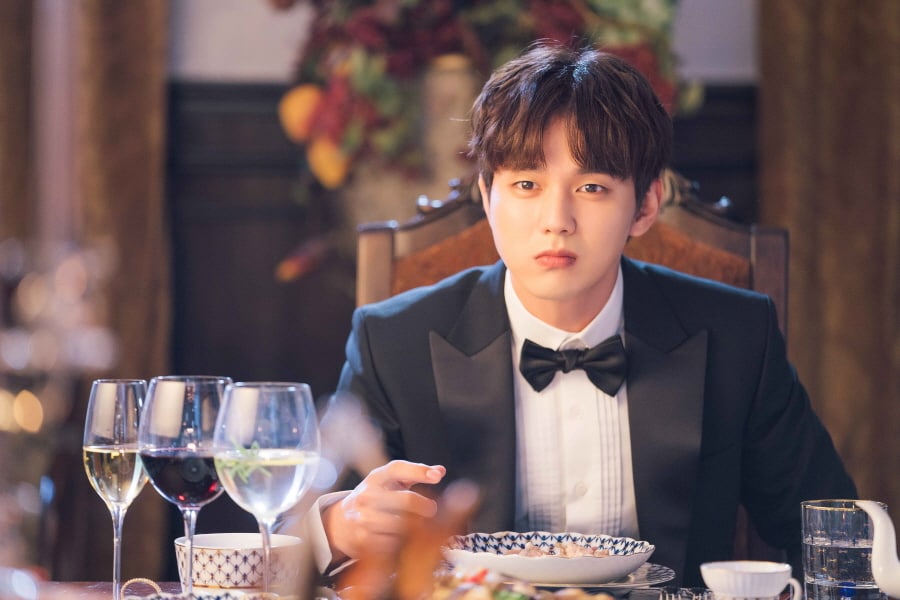 Yoo Seung Ho filmed this dinner party scene last month in Paju. When he arrived on set, Yoo Seung Ho was apparently surprised by how fancy the food and set looked. When the staff begin to prepare for the scene, Yoo Seung Ho showed off his passionate acting as he listened carefully to the director’s instructions, communicated well with the other actors, and fixed his posture while eating.

The production staff stated, “Yoo Seung Ho will go from being a ‘little hero’ to a ‘replacement man’ to a ‘issue-inducing man. Through this drama, he will showcase different charms, and he is currently taking in Kang Bok Soo’s character perfectly. Yoo Seung Ho is sure to create an iconic character once again through the character of Kang Bok Soo.”

“My Strange Hero” premieres on December 10 and will be available on Viki. Check out a teaser for the drama here!