On the latest episode of KBS’s “Happy Together,” BTOB’s Yook Sungjae shared some hilarious stories about himself!

During the interview corner, guests chose a particularly embarrassing memory they wanted to erase from their lives. Yook Sungjae revealed, “Once on my birthday, the phrase ‘We wish Yook Sungjae a happy birthday’ was written right next to the logo of a popular portal site. I was so proud of myself that I took a screen-capture and uploaded the image on my social media account.” 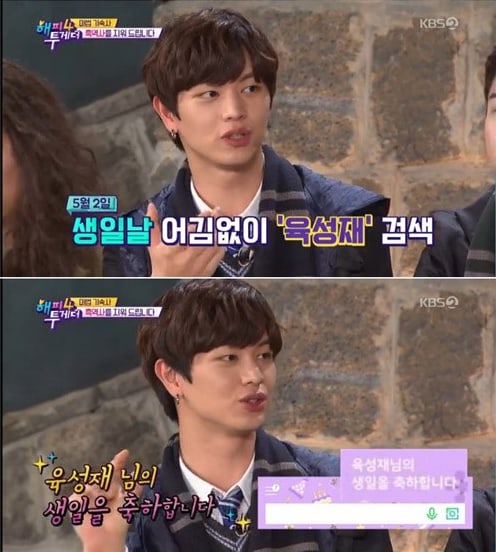 He continued, “But fans started to upload images of their names written in a similar fashion next to the logo. I realized that your name from your user information automatically appeared [in that phrase].” 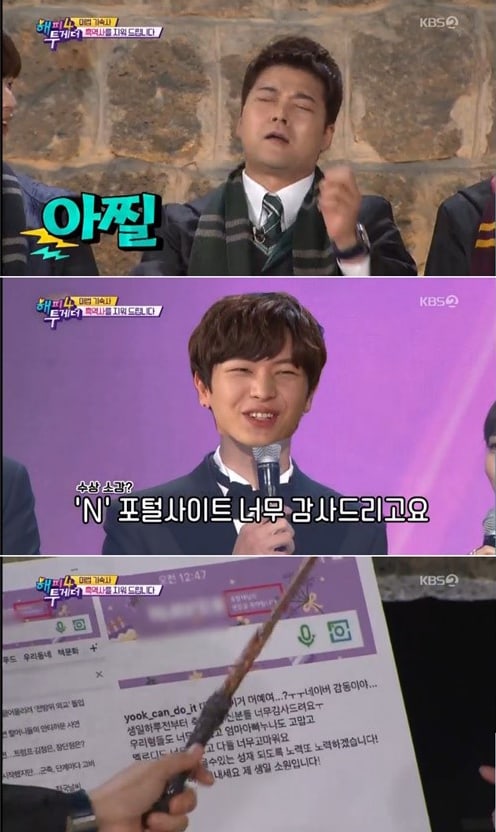 In response to Yook Sungjae’s story, Jun Hyun Moo remarked, “I was also amazed, so there was a time when I almost uploaded that to my social media as well,” to which Yook Sungjae replied, “But I actually uploaded it.”

Yook Sungjae shared another amusing story as he shared, “I think I crave attention. I enjoy receiving attention. It was the same when I was a trainee, but on the days when I would have time off alone, I’d dress up and go to places like Garosugil [upscale area of Seoul] and feel extremely rewarded when people would recognize me.” He then added, “It was awesome when ‘Goblin‘ got big.” 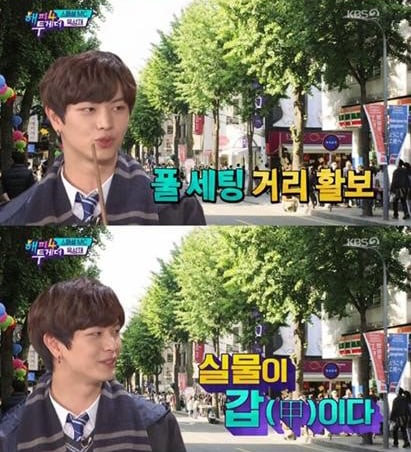 Jun Hyun Moo then asked Yook Sung Jae if people didn’t whisper about him on the streets, especially after he became more popular following his appearance in “Goblin.” Yook Sungjae had the set bursting into laughter when he answered, “I have good hearing, so I’m great at hearing things like, ‘He’s handsome.'”

Yook Sungjae finally concluded, “Our fandom’s name is Melody. Among fans, I’m known as ‘One-Who-Knows-Melodys-Well.’ I usually search up my name and try to figure out fans’ needs. When I wake up in the middle of the night, I pick up my phone that’s right by my head and search up ‘Yook Sungjae’ right away. I’m not exaggerating, this is a fact.”

Check out the full episode of “Happy Together” here:

BTOB
Yook Sungjae
Happy Together
Jun Hyun Moo
How does this article make you feel?