The upcoming Wednesday-Thursday drama is about Cha Soo Hyun (Song Hye Kyo), a conglomerate heir divorcee and politician’s daughter who has never once lived for herself, Kim Jin Hyuk (Park Bo Gum), a free-spirited individual who lives a simple life, and how their coincidental meeting jumpstarts a romantic tale.

The newly-released chart outlines the characters’ roles in the drama. 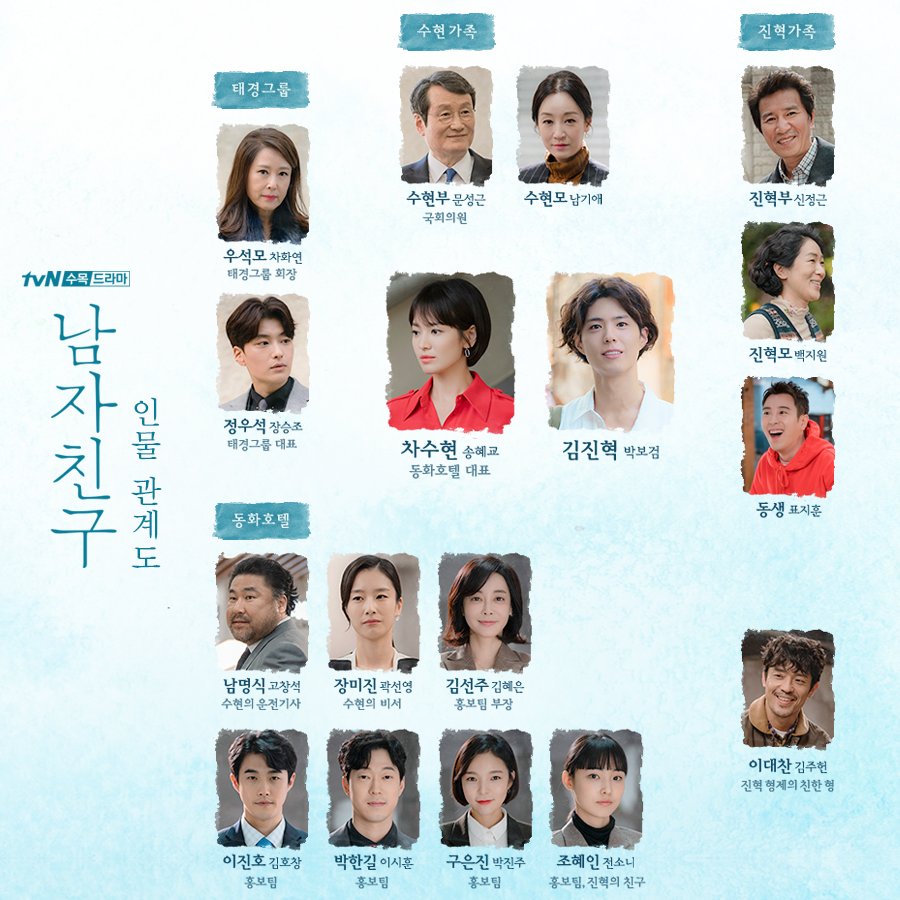 In the middle of the chart, Cha Soo Hyun is shown as the head of Dong Hwa Hotel. Moon Sung Geun and Nam Ki Ae play her parents, with Moon Sung Geun’s character being described as a politician.

Check out the highlight reel for the drama here!