Wanna One shared their thoughts on their promotions on KBS 2TV’s “Entertainment Weekly.”

On November 23, Wanna One walked the streets of Seoul for their first guerilla date. This was the biggest guerilla date in the history of the show with 30 security guards, 15 cameras, and 11 members.

Many people gathered to see the boyband, and they stopped filming for safety reasons to change locations. Wanna One reappeared in front of a huge crowd and delighted fans with their fan service.

They then sat down for an interview indoors where they talked about each other. This episode was filmed a few hours after the release of their album “1¹¹=1 (Power of Destiny).” When asked if they checked the music sites, a majority of the members raised their hands. Kang Daniel confessed, “I [streamed] our song on our way here.”

The interviewer then revealed the current ranking of Wanna One’s latest title track “Spring Breeze” on music sites. When it was announced that their song was No. 1, Wanna One clapped and cheered. 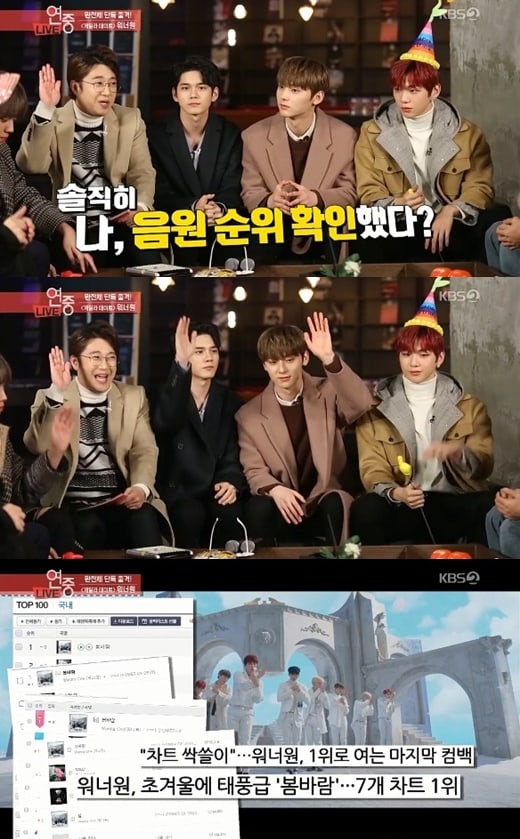 Speaking about living together with the members, Hwang Min Hyun answered, “Since we do everything together, I learned what kind of person each member is.” Park Woo Jin said, “We know by looking at each other’s eyes. If Ong Seong Woo looks at me when I’m eating, I think, ‘Oh, he wants to eat.'”

When the topic of food was brought up, the interviewer surprised the group with lunch boxes filled with the members’ favorite dishes. They cheered and devoured the food together. He then said, “To be honest, there was someone that asked us to deliver this food to Wanna One.”

A voice message from Park Ji Hoon’s mom then played on the speakers and the members became emotional at her sweet gesture and gift. After wiping away his tears, Park Ji Hoon sent his mom a sweet video message and thanked her for the food. The other members also took turns sending their parents video messages. 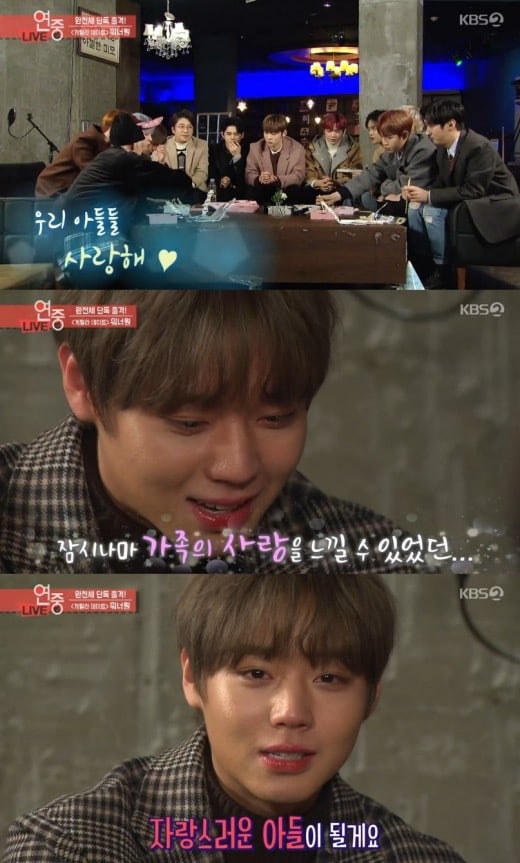 The members also expressed gratitude for each other. Wanna One’s leader Yoon Ji Sung shared thanked the members for comforting him when he cried after his family’s dog passed away.

Hwang Min Hyun added, “I want to say thank you to all of the members for always giving me happiness.” Kang Daniel concluded, “For the last one and a half years, we only experienced dream-like good things together. We’re ready to cheer on whatever path we go on after this.” 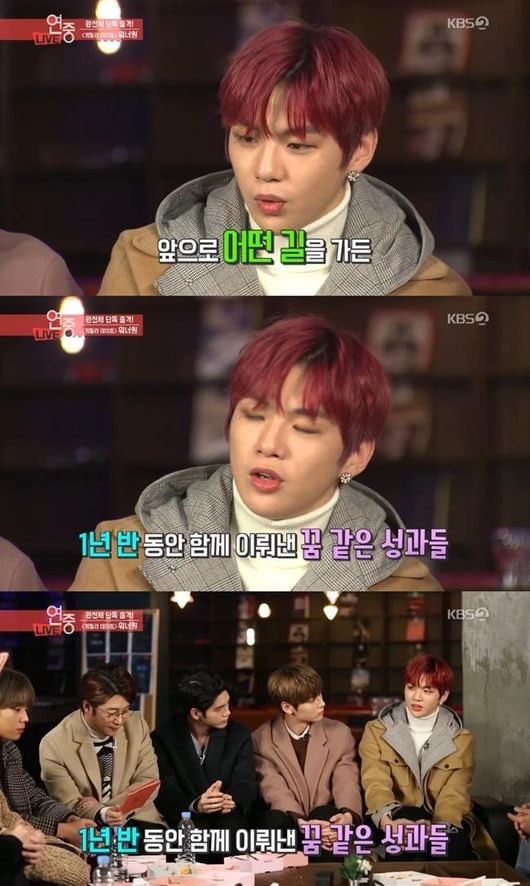 Wanna One
Entertainment Weekly
How does this article make you feel?