BLACKPINK’s Jennie and Song Kang showed off their variety skills with their unexpected and witty comments in the most recent episode of SBS’s “Village Survival, The Eight.”

Members could collect a hint item from playing an image game where they guessed the phrase that matched one of the member the most. When Son Dam Bi was picked as the number one person to match the unknown phrase, members guessed many wrong answers such as, “a competitive person,” “a woman with a strong aura,” “a person with weird personality,” and “a person who would like money the most,” much to Son Dam Bi’s surprise.

BLACKPINK’s Jennie delivered the final blow to Son Dam Bi by hilariously guessing “kkondae,” which is Korean slang for an elderly person who lectures a lot. 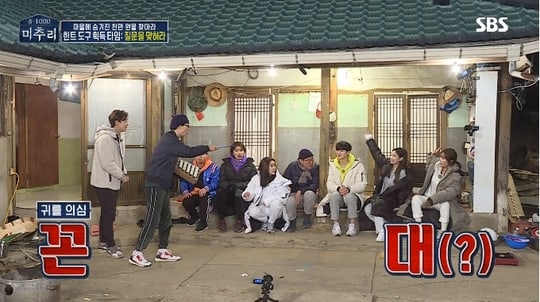 Furthermore, Song Kang also impressed viewers with his new variety skills. His continuous wrong answers in the speed quizzes showed off his goofy charms, which was a surprise considering his perfect visuals.

Song Kang’s unexpected comments had viewers laughing throughout the episode. When picking a cup as his hint item, he explained his reason was that he needed a cup because he normally drinks a lot of water. Song Kang also impressed viewers with his sharp observational skills when he guessed that Yang Se Hyung was the member who had ten thousand won. 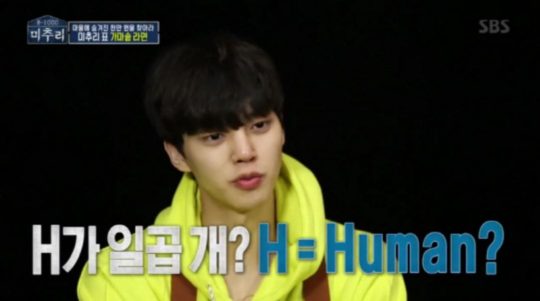 Watch the latest episode of “Village Survival The Eight” below!