Yoon Kyun Sang shared stories about his height on JTBC’s “Ask Us Anything.”

On November 24, Yoon Kyun Sang and Kim Yoo Jung appeared as guests on the variety program to promote their upcoming drama “Clean with Passion for Now.”

When the cast asked him how tall he was, the actor replied, “I’m 191 centimeters (approximately 6 feet 3 inches). I’ve always been tall since kindergarten.” He then revealed his elementary school graduation photo. When the cast commented, “You look similar to Kang Ho Dong,” Kang Ho Dong joked, “Everyone looks similar when you’re fat.” 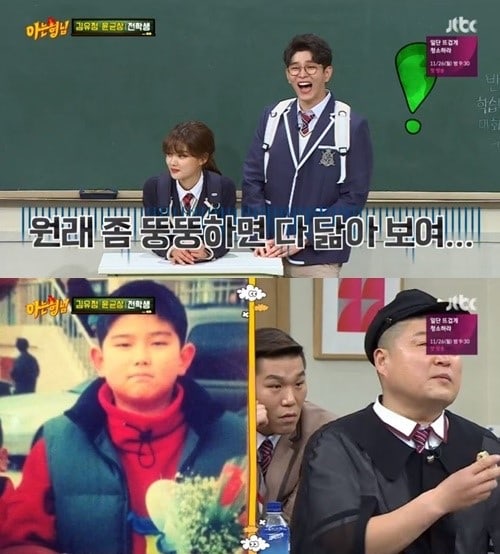 Yoon Kyun Sang added, “The person you see a little bit next to me was my friend. He was tall too. When he graduated middle school, his height was 183 centimeters (approximately 6 feet).”

When asked if there are any uncomfortable aspects because of his height, Yoon Kyun Sang answered, “When I was appearing in ‘Six Flying Dragons,’ Han Ye Ri appeared with me as a martial arts expert. There was a scene where I attacked her from the back, and she turned around and cut me with a sword.”

He continued, “She kept cutting me thinking that it was my chest, but it kept going somewhere it shouldn’t be.” About filming with Kim Yoo Jung, he said, “Kim Yoo Jung has difficulty during physically affectionate scenes. When we are filming hugging scenes, she said her neck hurts.” 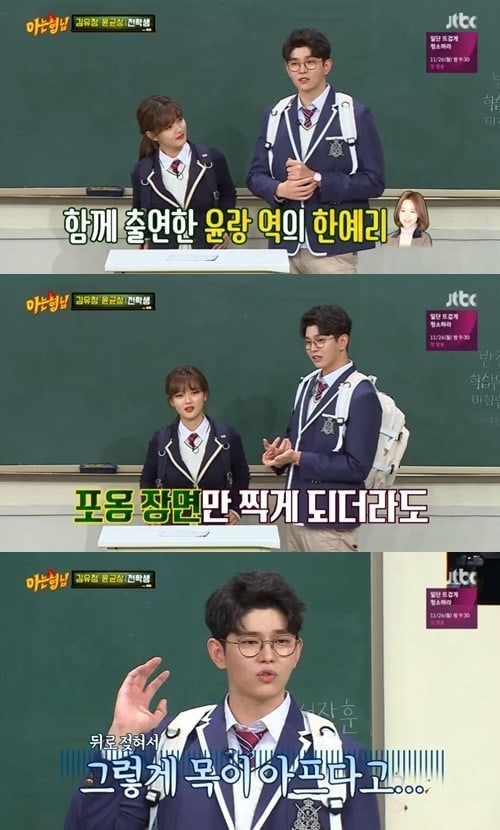 Yoon Kyun Sang also told a story about his close friend and actor. “Lee Jong Suk is tall and his height is about 187 centimeters (approximately 6 feet 2 inches),” he began. “When he was filming ‘Pinocchio‘ with me, we became close and I put my arm around his shoulders. But he said, ‘Oh, I feel so humiliated. This is the first time I’m feeling [small].’ So I wanted to have Seo Jang Hoon put his arm around me.” 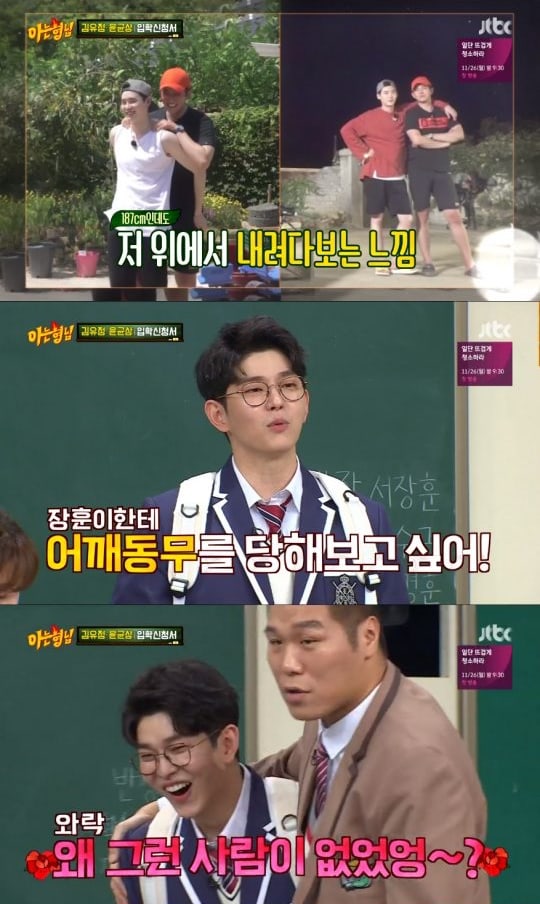 Yoon Kyun Sang
Ask Us Anything
How does this article make you feel?