CNBLUE’s Lee Jung Shin made an unexpected appearance on the latest episode of MBC’s “The Manager”!

During the November 24 episode of the reality show, comedienne Lee Young Ja made a special visit to the army as a guest lecturer. Before her lecture, she headed to the mess hall in order to grab a bite and chat with some of the soldiers.

On her way out, Lee Young Ja was shocked to see a familiar face: just as she was leaving the mess hall, CNBLUE’s Lee Jung Shin approached her to say hello. The bassist-turned-actor is currently serving in the military after enlisting with the rest of his bandmates earlier this year.

While watching the footage of their run-in from the reality show’s studio, Lee Young Ja explained to the panelists, “I used to be on [the variety program] ‘Mamma Mia’ with Jung Shin and his mother, so I was especially happy to see him.” 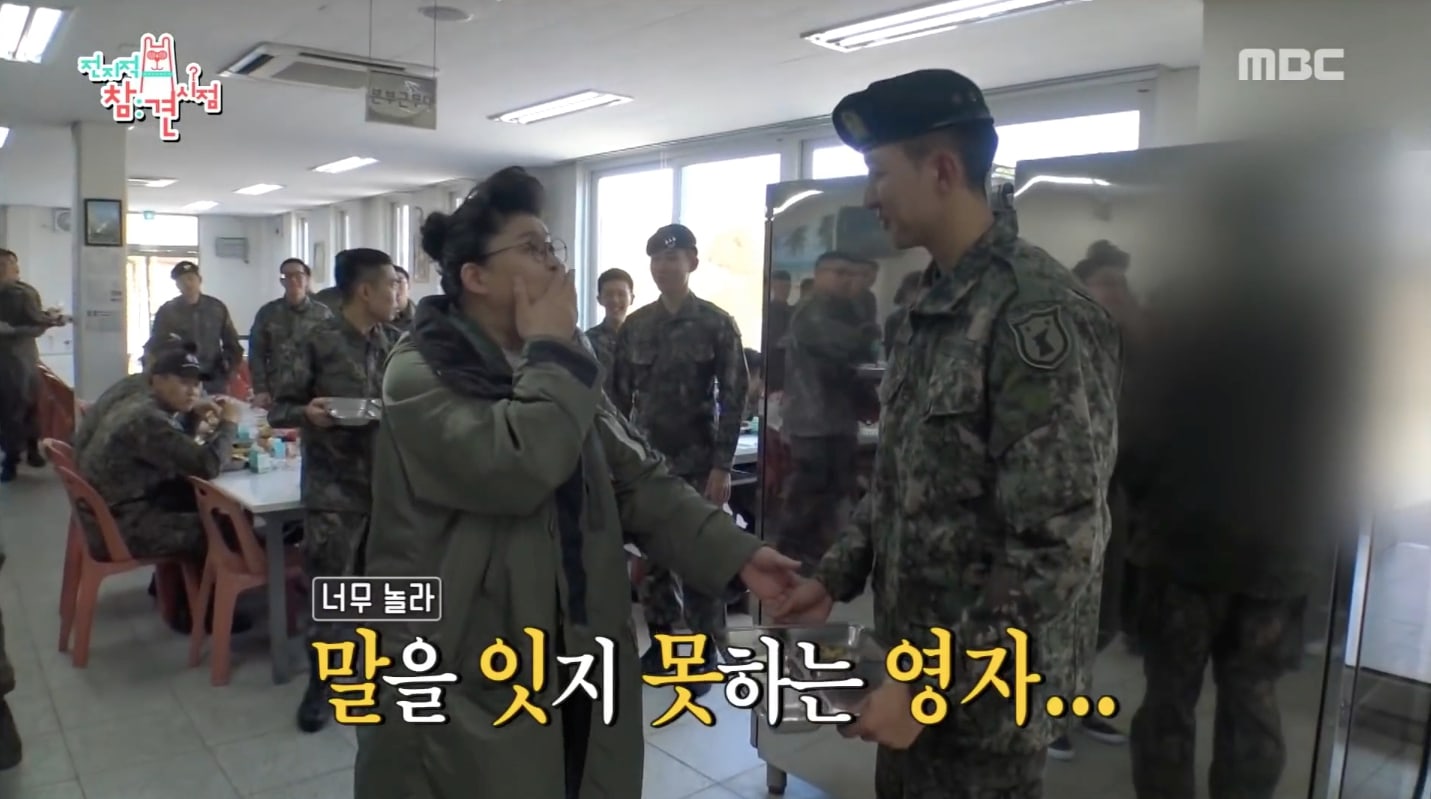 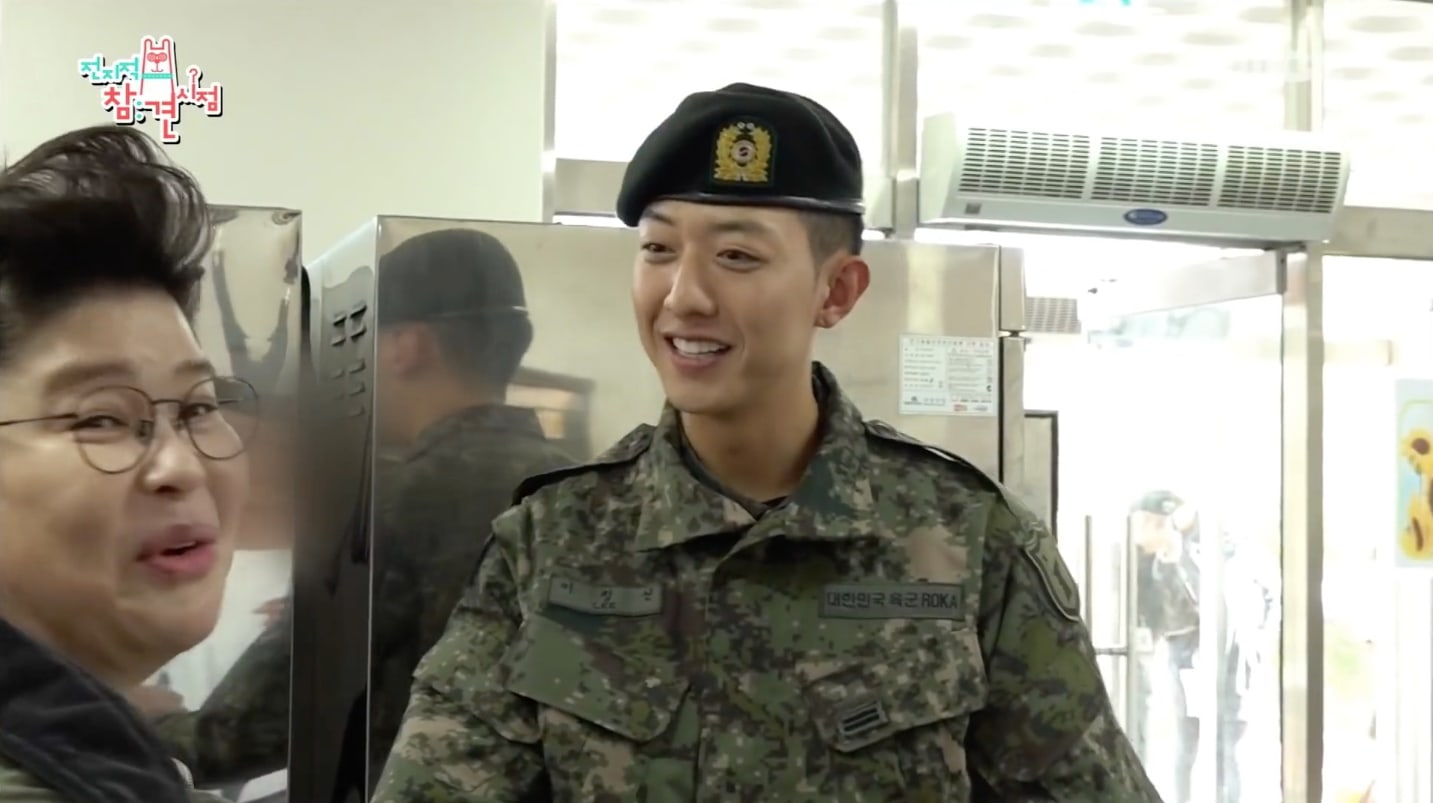 As a visibly thrilled Lee Young Ja struggled to find the words to greet him, Lee Jung Shin told her with a smile that he was enjoying watching “The Manager” and that his unit always made sure to catch the show.

The comedienne exclaimed, “So you went to the army!” and Lee Jung Shin replied, “All of the CNBLUE members enlisted as active-duty soldiers this July.”

All of the panelists marveled at how different Lee Jung Shin looked in his uniform, commenting that he looked manlier but just as handsome as ever. Meanwhile, Lee Young Ja noted that even while chatting with her, he had adhered strictly to the formal language used in the military.

“How’s military life? Are you doing okay?” she asked, and the CNBLUE member replied confidently, “Yes. I’m doing well.” Lee Young Ja observed, “You look different in the army. You look healthy, and there’s a strong look in your eyes. I feel safe putting the nation in your hands.” 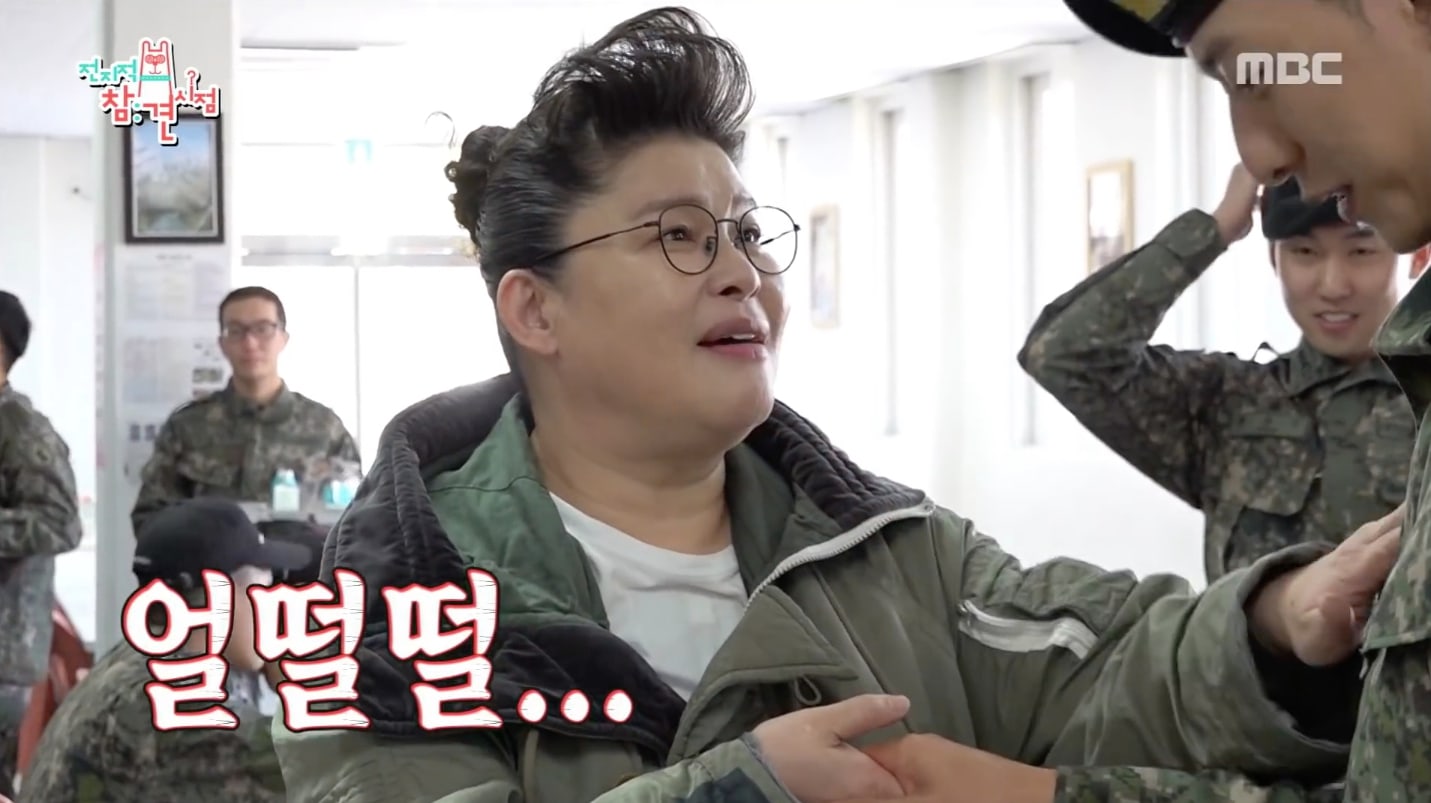 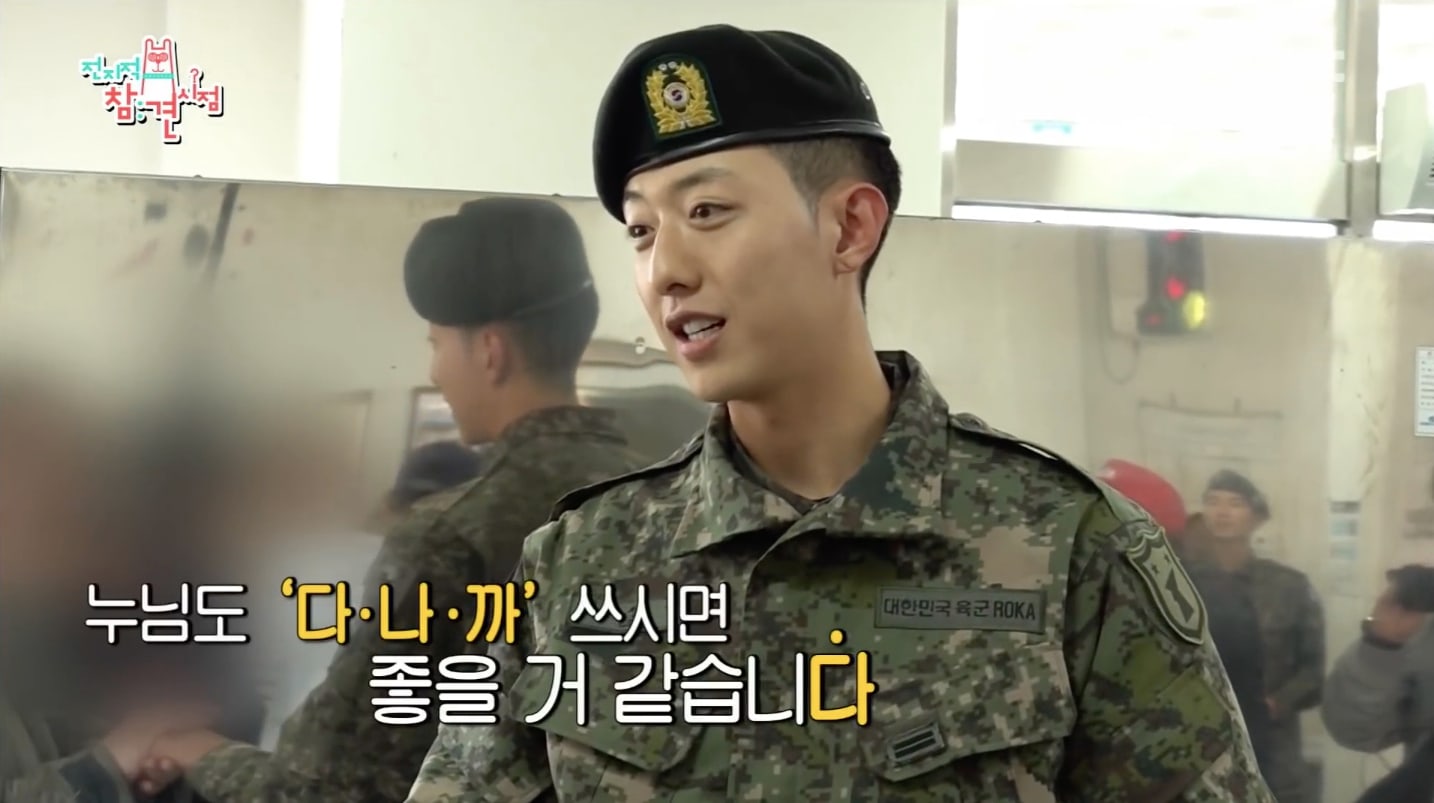 Check out the clip of Lee Young Ja and Lee Jung Shin’s chance encounter below!

You can also watch the full episode of “The Manager” here:

CNBLUE
Lee Young Ja
Lee Jung Shin
The Manager
How does this article make you feel?