The latest episode of KBS’s “2 Days & 1 Night” that aired on November 25 followed the cast as they tried their hand at live broadcasts.

Ahead of his live show with Kim Jong Min and Lee Young Jin, Kim Joon Ho revealed that he had just exchanged some text messages with BTS’s V. He had sent the texts just before filming had started, and V replied with, “I’m sorry I read your message late, we were rehearsing choreography. Are you doing well?” V also showed his support for “2 Days & 1 Night” and added, “I hope you’re able to complete filming today with no injuries, and good luck on filming.” 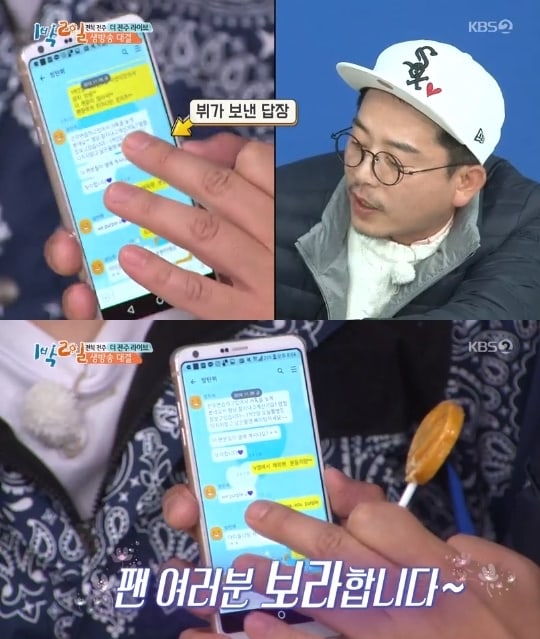 When he learned that the cast was filming a live broadcast, V asked, “Are our fans there? We purple you.” He also wrote out “We Purple U” in English for BTS’s international fans as well. When asked what that meant, V affectionately said, “It’s a phrase only known between us and ARMYs [BTS’s official fan club name].” Kim Joon Ho expressed his gratitude to V as he responded with, “I purple you, too.” V wrote back, “Me too, I love you. I hope you always have a good day.” 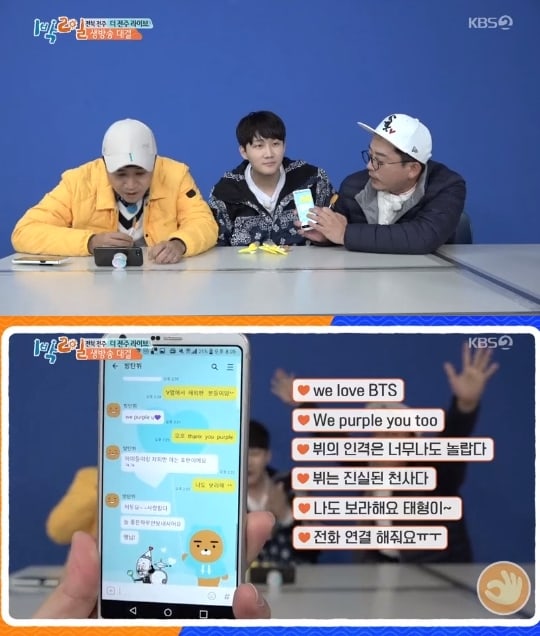 With V’s text messages, the number of viewers watching Kim Joon Ho’s broadcast rose up to 2,300 people, and Kim Joon Ho shouted, “BTS forever!” as a show of gratitude.