WINNER’s Song Mino has grabbed the No. 1 spot on many major realtime charts with his new track!

On November 26 at 6 p.m. KST, Song Mino released his first solo album “XX,” featuring the title track “Fiancé.” Soon after its release, it rose to the top of several major realtime charts. 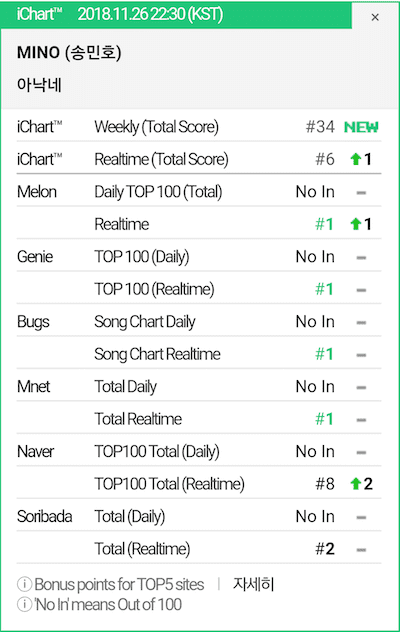