The cast of “Elisabeth” sat down to talk about their musical.

When it opened three years ago, “Elisabeth” was a popular musical that topped ticket sales for 10 consecutive weeks. In this year’s “Elisabeth,” Ok Joo Hyun and Kim So Hyun appear as Elisabeth wile Park Hyung Sik, Leo, and JYJ’s Kim Junsu appear as Der Tod, also known as “The Death”, who tries to seduce the female leads.

When asked if there was something he did to prepare for his role, Park Hyung Sik replied, “After I got out of the shower, I looked in the mirror and practiced my deadly looks.”

Everyone burst into laughter and they asked him to show them the look he had been practicing. He pretended to get out of the shower and look in the mirror. After striking a pose, he got up and laughed out of embarrassment.

He explained, “Instead of seeing it as a kiss, I’m death, so I use it as a way to take life.” The interviewer commented, “I think it’s going to be really sexy,” and Ok Joo Hyun added, “It’s going to be wild.” 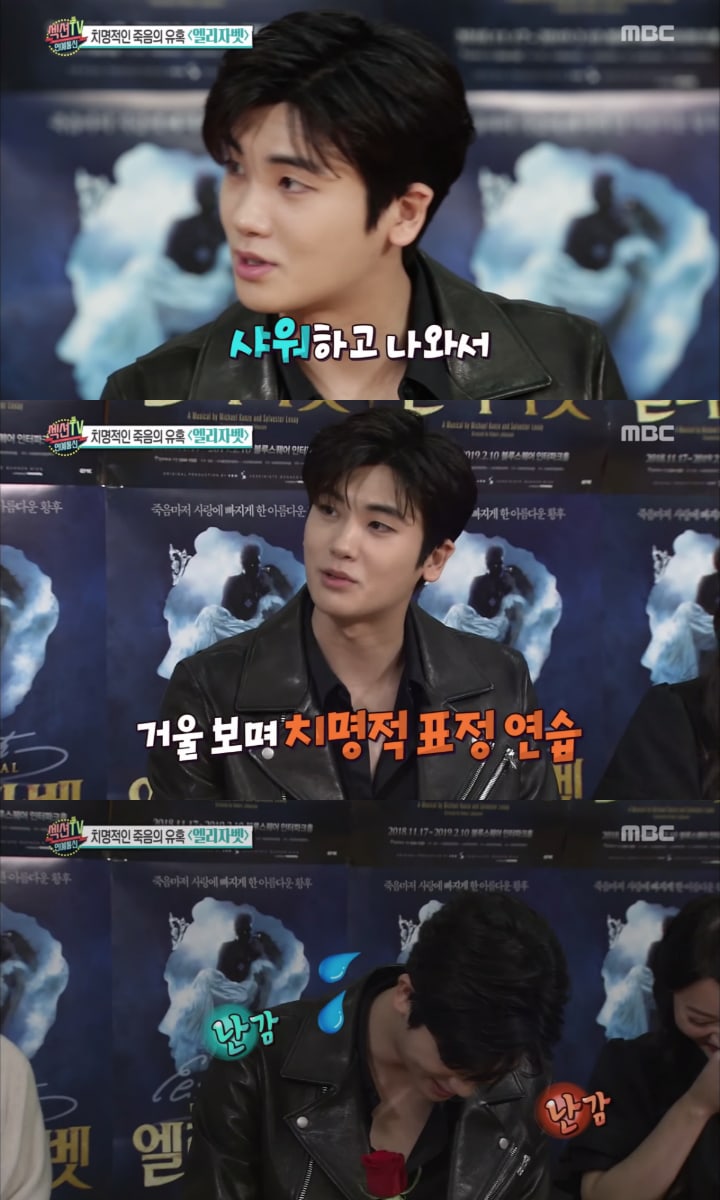 Park Hyung Sik also told a story about Ok Joo Hyun’s passion for her job. He began, “She called me at 12 o’clock at night. I answered thinking that it must’ve been something urgent. She said, ‘Hyung Sik. Open the sheet music.’ From 12 a.m. to dawn, I received a lesson.”

Ok Joo Hyun revealed, “There’s a reason why I pay special attention to Park Hyung Sik. We’re second cousins. I was hoping for people of the same family to do well, and thought that I should sternly scold him if he doesn’t do a good job. So I told him to open the sheet music and memorize it.”

Check out an episode of “Section TV” below!

Section TV
ZE:A
Park Hyung Sik
How does this article make you feel?