On November 26, EXO’s D.O. and the cast of the upcoming film “Swing Kids” appeared on a V Live broadcast and talked about the film.

D.O. brought his tap shoes to the set and said, “Including the time that I was practicing (5 months), I think I had these shoes on for about 10 months. I want to take them with me today. I continued dancing even after filming was over,” showing his newfound love for tap dancing.

On his character in the film, D.O. said, “At first, I didn’t know if I would be a good fit for the role. But when we started filming, it was so much fun. One of the most important things, I think, was the character’s clothes. It was an ongoing process and discussion with the director. With lessons from my coaches and endless practice, I learned tap dancing and the North Korean dialect.” 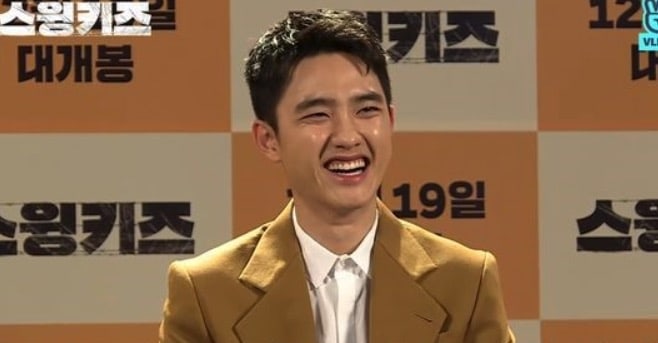 Kang Hyung Chul, the director of the film, heaped praise on EXO’s D.O., saying that he was perfect for the role: “There are times in life when you feel like something is yours. When I first saw Kyungsoo, it was like he had stepped off of the pages of the script, and I thought, he’s mine. I couldn’t refuse him. I think people watching the movie will feel the same way.” 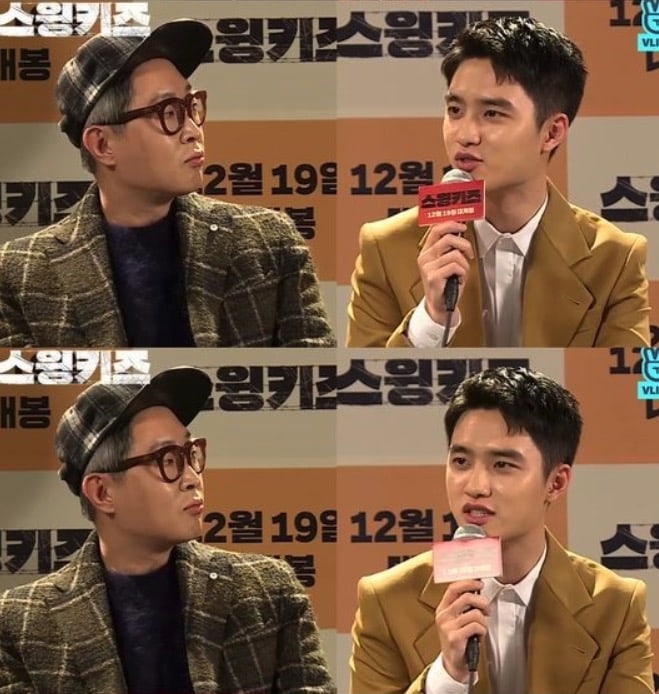 D.O.’s fellow cast members also had nothing but compliments for the EXO member. Park Hye Soo said, “I thought he was like a sincere genius. He was always working so hard on set, and was like a genius. He’s got everything.”

Oh Jung Se expressed amazement at D.O.’s ability to pick up tap dancing. He said, “He definitely didn’t have as much time to practice as us, but the next week, he would be better than we were.”

Director Kang Hyung Chul said, “The movie is about people who dream of happiness through dance. All of the actors perfectly embodied their characters. They themselves just were the characters.” 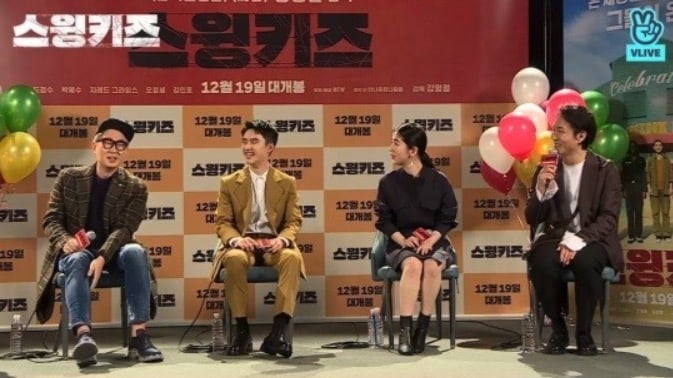