WINNER’s Song Mino would like to go to “Law of the Jungle,” but he has some conditions he’ll need to be met!

On the November 27 episode of JTBC’s “Idol Room,” Song Mino appeared as the guest. During the “Fact Check” segment of the show, the hosts asked him about how he’d said that he wants to go on “Law of the Jungle.” The SBS celebrity travel show features a cast of stars having to survive in a remote location, complete with hunting for their meals and building their own shelter.

Host Jung Hyung Don said to Song Mino, “Isn’t ‘Law of the Jungle’ famous for being really difficult?” Song Mino replied, “I want to have experiences that you can’t buy with money.” He then admitted, “But I’m scared of bugs.”

When asked what place he wants to go to as his “jungle,” Song Mino replied the Maldives. The hosts laughed and Defconn joked, “Isn’t that a vacation spot?”

Song Mino clarified, “Somewhere with that kind of feel. Somewhere where the background looks cool.”

Defconn asked him, “What about breakfast?” Song Mino replied without hesitation, “There has to be breakfast, of course,” which made the hosts crack up. They then summarized that he needed somewhere to charge his phone, and he needed breakfast. “I’d go anywhere that has those things,” he agreed, and also mentioned that he would need to charge his camera battery. 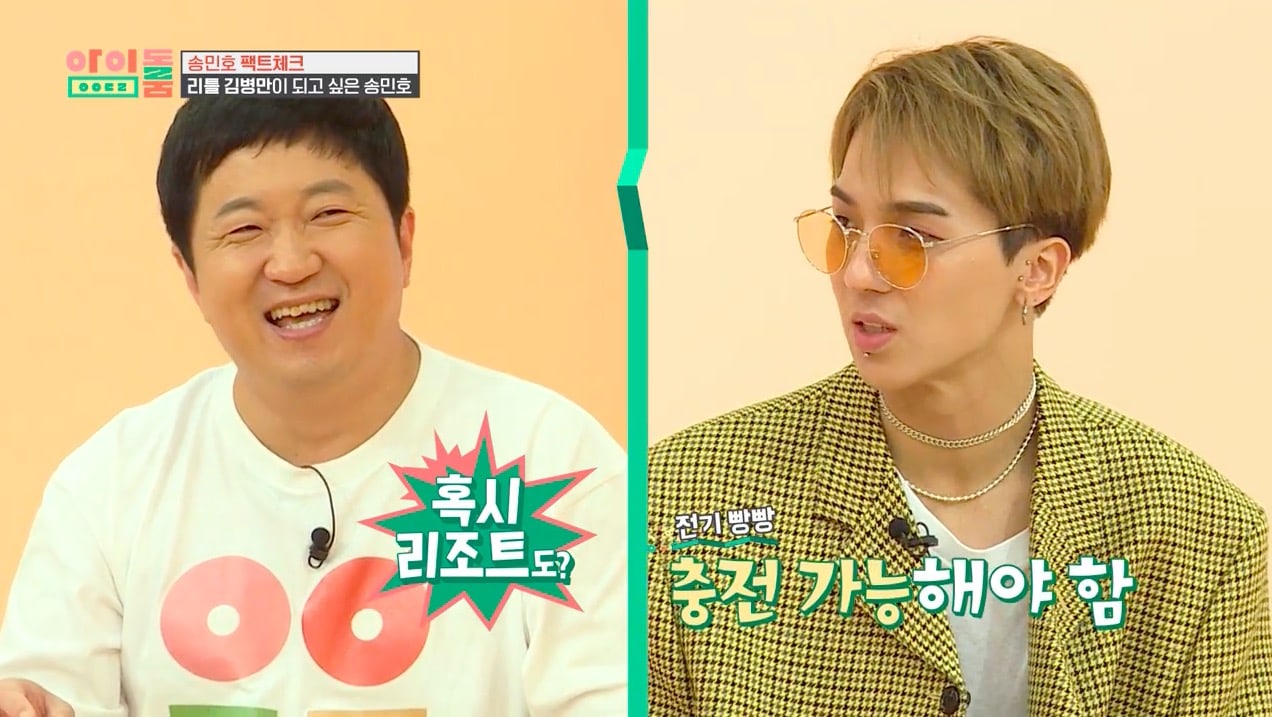 Jung Hyung Don and Defconn then announced that they were going to call in someone who’s been on the show to tell Song Mino if his conditions would be met. It ended up being WINNER’s Lee Seung Hoon! He explained that he’d filmed for the show eight months before in Mexico. 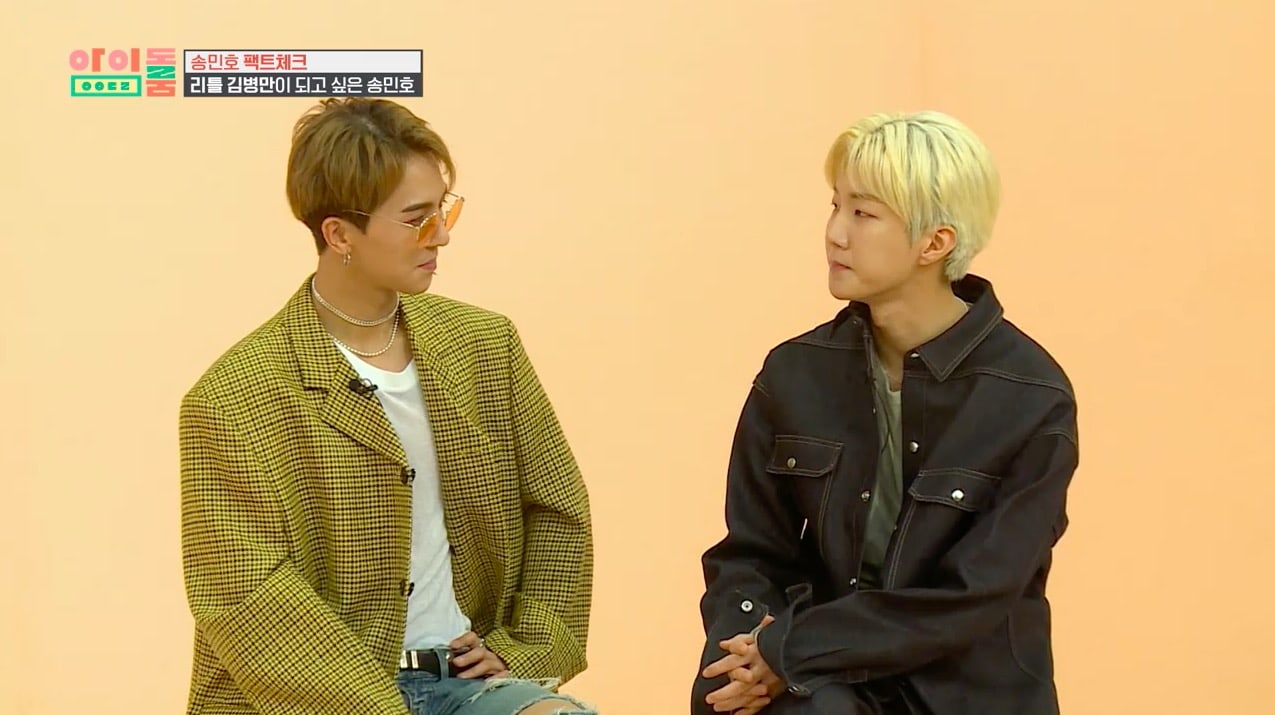 When the hosts asked him if there had been a place for him to charge his phone, Lee Seung Hoon replied, “Phones don’t work. There’s no point in having them.” Song Mino’s jaw dropped slightly in surprise. 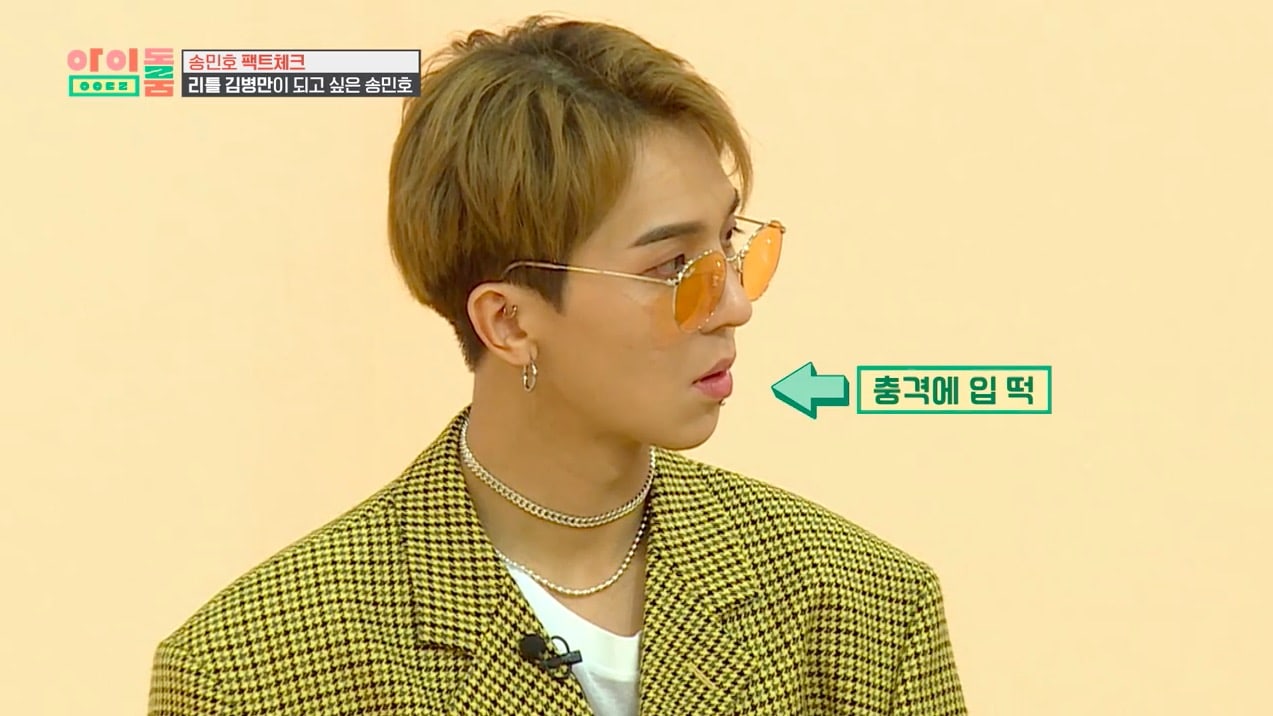 Lee Seung Hoon also said, “There’s no way they’d have breakfast.” Defconn said it might just be different depending on the day, and if they were lucky they could catch something to eat for breakfast. Lee Seung Hoon replied firmly, “No. The important thing is trying to have one meal a day. You can’t save something.” This was another blow to Song Mino, as his hopes of breakfast in the jungle disappeared. 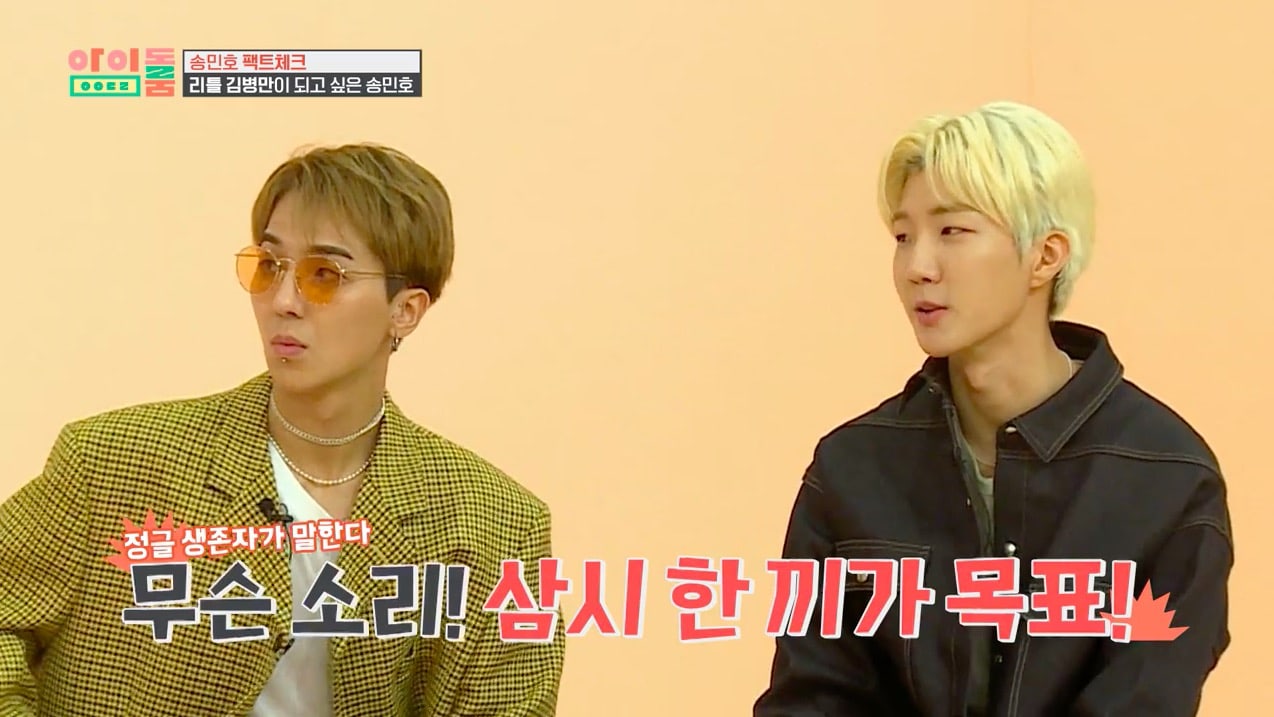 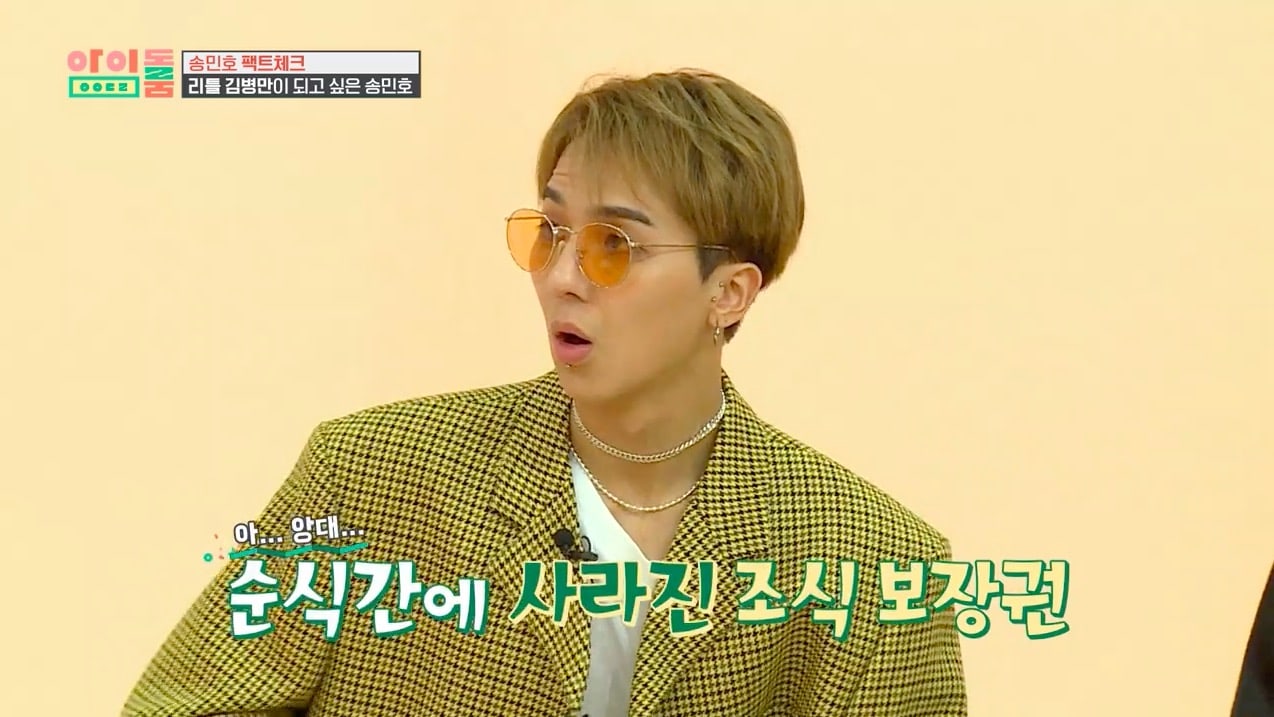 “There’s no bugs when you’re sleeping, right?” asked Jung Hyung Don. Lee Seung Hoon shocked Song Mino again when he replied, “Bugs will pierce through your sleeping bag to come inside. Even if you wear two pairs of socks when you sleep, they get inside your socks.” 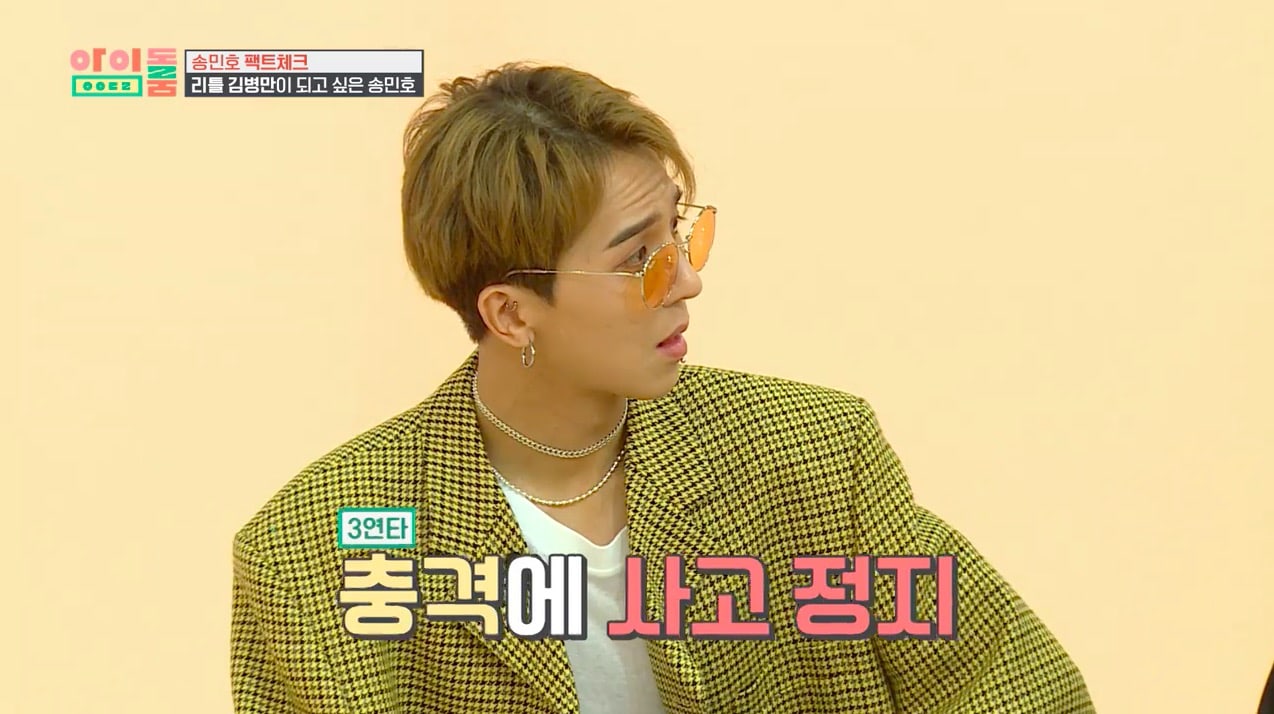 Song Mino asked Lee Seung Hoon if he’d still recommend that he goes on the show, and Lee Seung Hoon said, “Of course. Mino should experience some hard things.” He joked that Song Mino had been too sheltered in his variety show experiences before on “New Journey to the West,” with their comfortable lodgings, regular meals, the security provided by Na Young Suk, and his co-stars who are famous entertainers.

Song Mino laughed and protested that he’d even shaved his hair on the show. “That kind of thing doesn’t even compare,” Lee Seung Hoon told him. 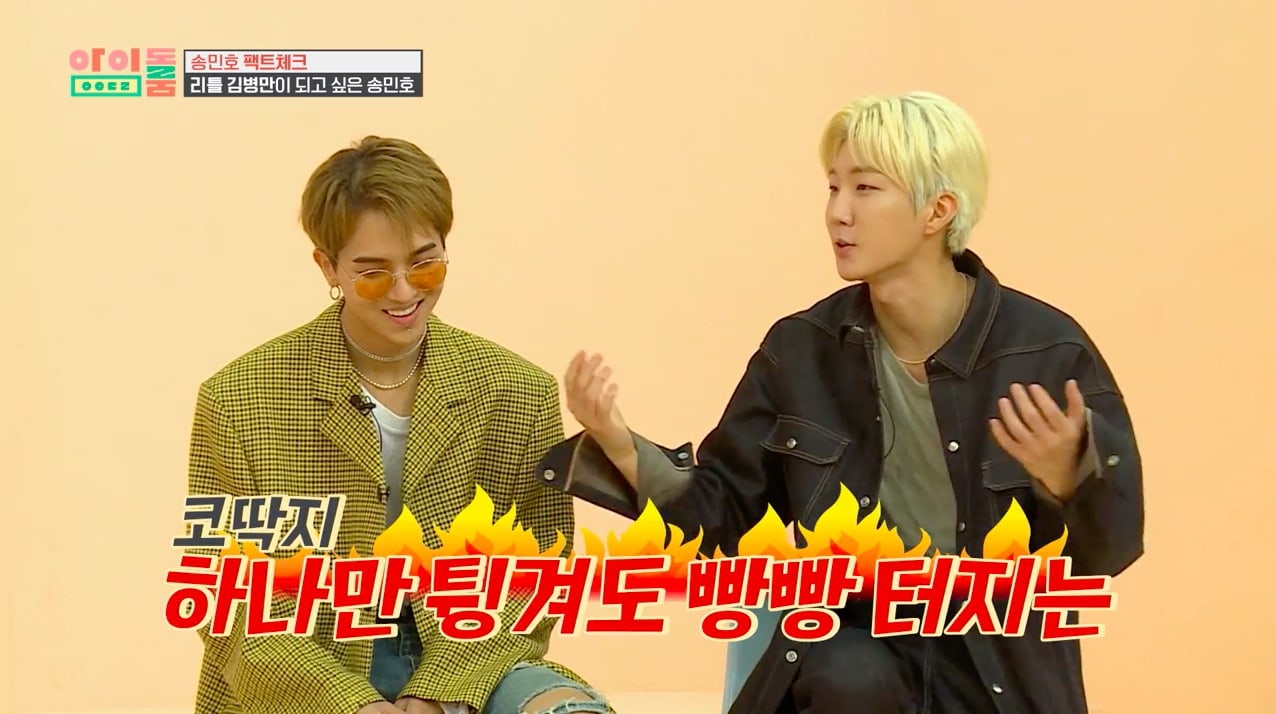 Check out an episode of “Law of the Jungle” below!