GFRIEND fans were happy to see Yuju in a V Live broadcast on November 27!

That evening, her fellow members Sowon and SinB took to V Live to show fans the dogs at their dorm.

When a comment asked where the other members were at that moment, Yuju appeared in the shot. She said, “Hello, Buddies!” She later said to the fans watching, “I missed you.” 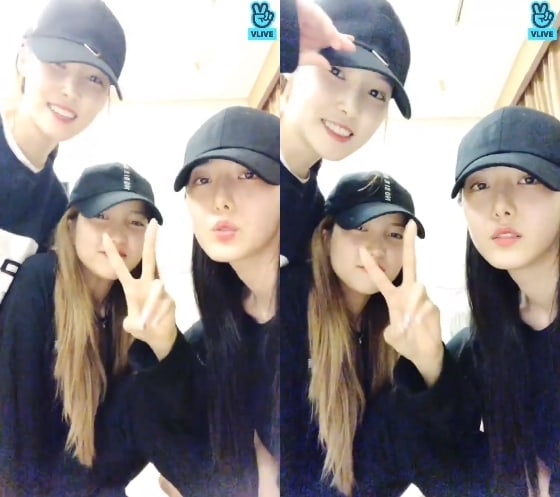 Concern grew after Yuju was absent from all scheduled activities after October 27 and she did not post on official social media channels. GFRIEND’s agency Source Music has stated that there are no issues with Yuju’s safety, and that the reason for her absence will be revealed later on. They later confirmed that she will return to regular activities in December.