5 Memorable Moments From The Finale Of “Where Stars Land”

“Where Stars Land” has already reached its finale and we’re so sad to see it go. Lee Je Hoon as Lee Soo Yeon and Chae Soo Bin as Han Yeo Reum lit up the screen with their chemistry and unique love story. Here’s a look at five memorable moments from episodes 31 and 32.

Warning: spoilers for episodes 31 and 32 below.

From last week’s episodes, we finally figured out that Seo In Woo (Lee Dong Gun), the long lost older brother of Lee Soo Yeon, was not actually trying to backstab him. This is pretty relieving to find out because Seo In Woo doesn’t seem to have many people in his life that support him.

This week, we were met with the bad thugs trying to take Soo Yeon away to beat him up. But In Woo tracks down where he is and shows up, trying to save him. He ends up sticking up for his little brother and risking his life in the process. It’s a beautiful moment when Soo Yeon realizes that his brother is there just for him. 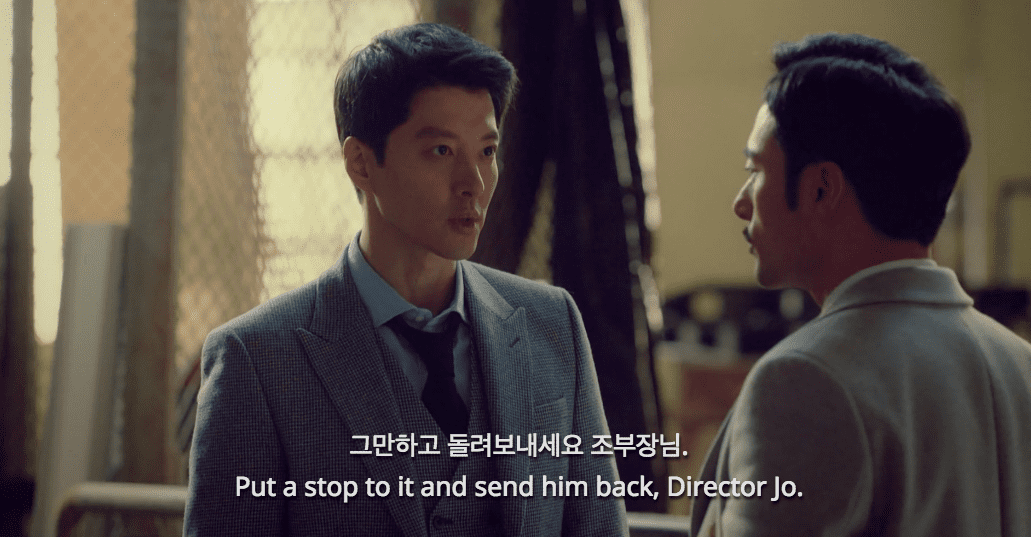 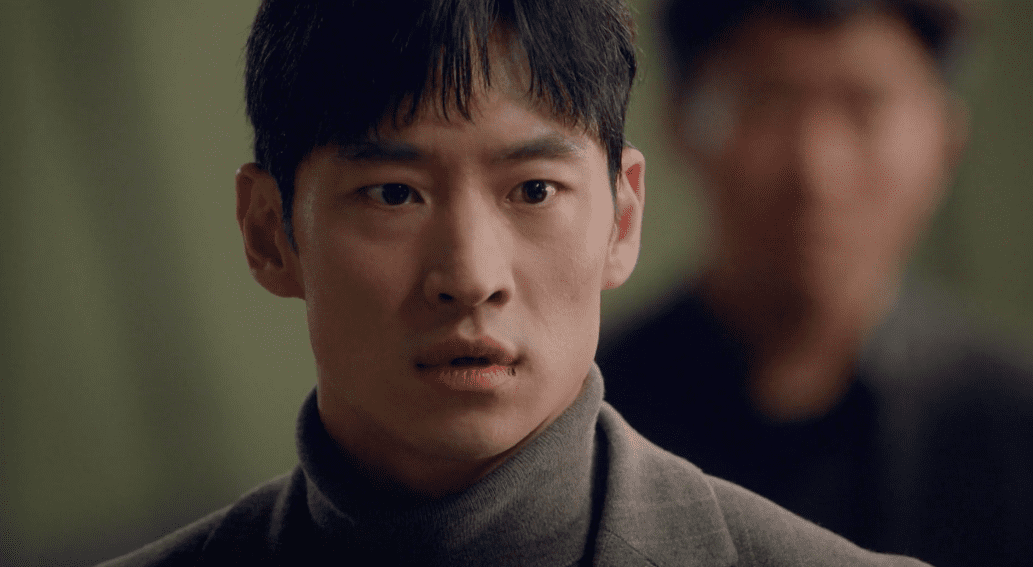 Lee Soo Yeon isn’t in the best condition with his arm at this point, and we know that if he keeps using his bio-arm, he’s putting his life in danger. Which is why it’s such a touching moment when he pulls his brother’s car back in order to stop it from going over the edge of a cliff. He’s putting his life on the line to save his brother. 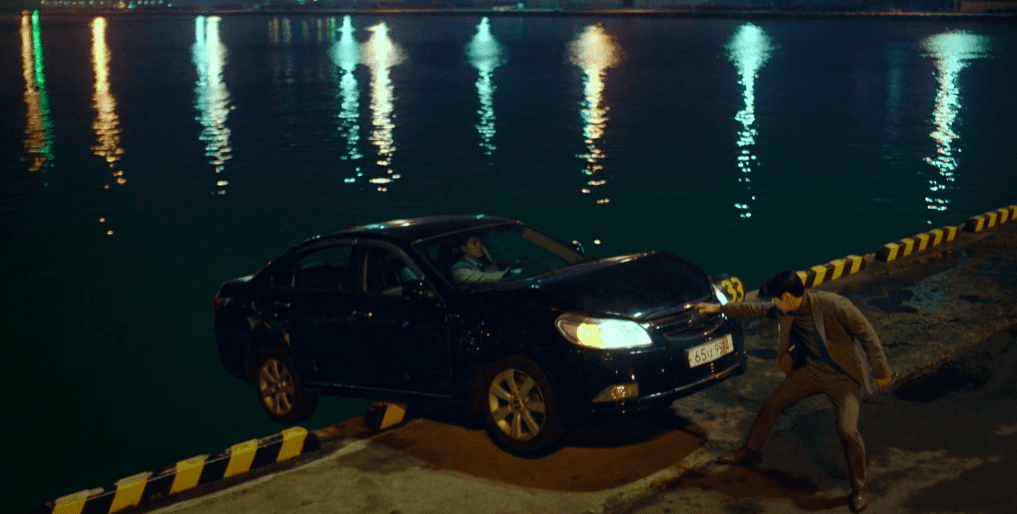 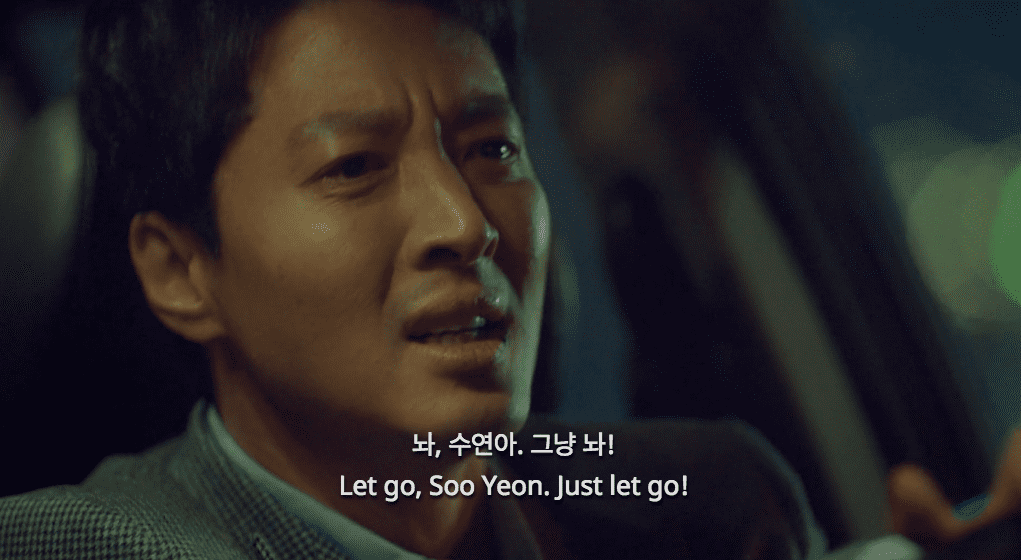 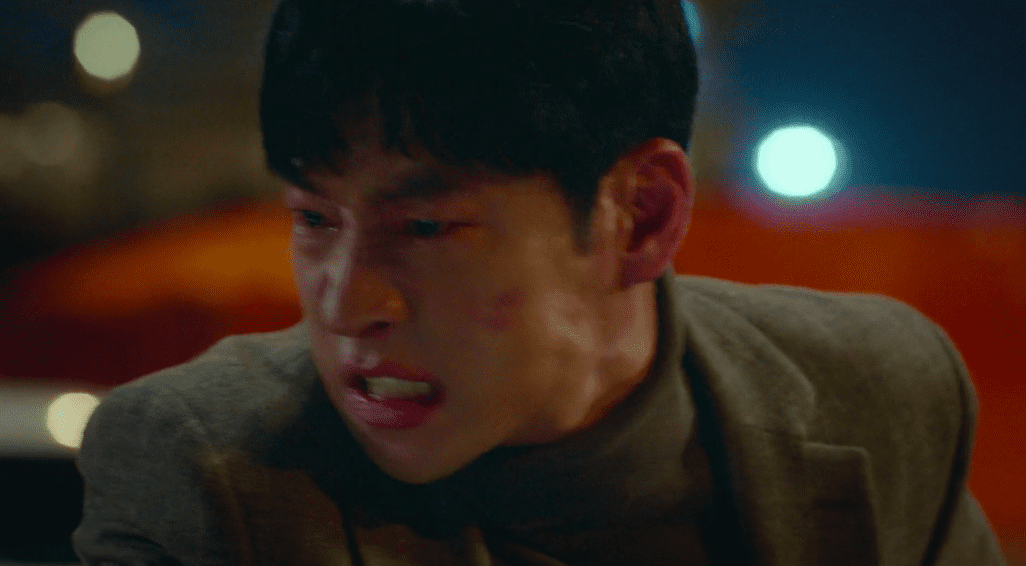 It’s adorable to see Na Young Joo (Lee Soo Kyung), who’s been afraid to put down her walls, let Oh Dae Gi (Kim Kyung Nam) love her. He’s been so smitten with her throughout the series but in the final episodes we finally come to the moment we’ve been waiting for. Although the two don’t lock lips or officially become boyfriend and girlfriend, they are fully aware of each other’s feelings for each other, and it’s sweet to see. 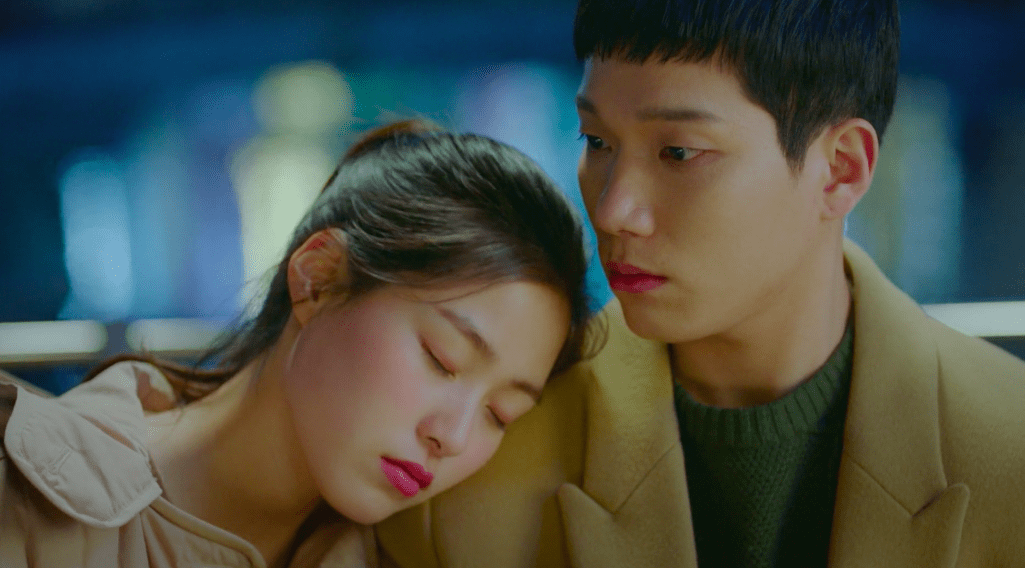 4. That intense moment when Yeo Reum is about to poke the needle into Soo Yeon

When Mr. Jang gives Yeo Reum the needle that will inhibit Soo Yeon from using the robotic arm and leg, he does it in hopes that she will use it to save his life. She gets an opportunity to do this when she stays the night at his house. It’s an intense moment that totally has the viewers wondering if she is going to do it or not. 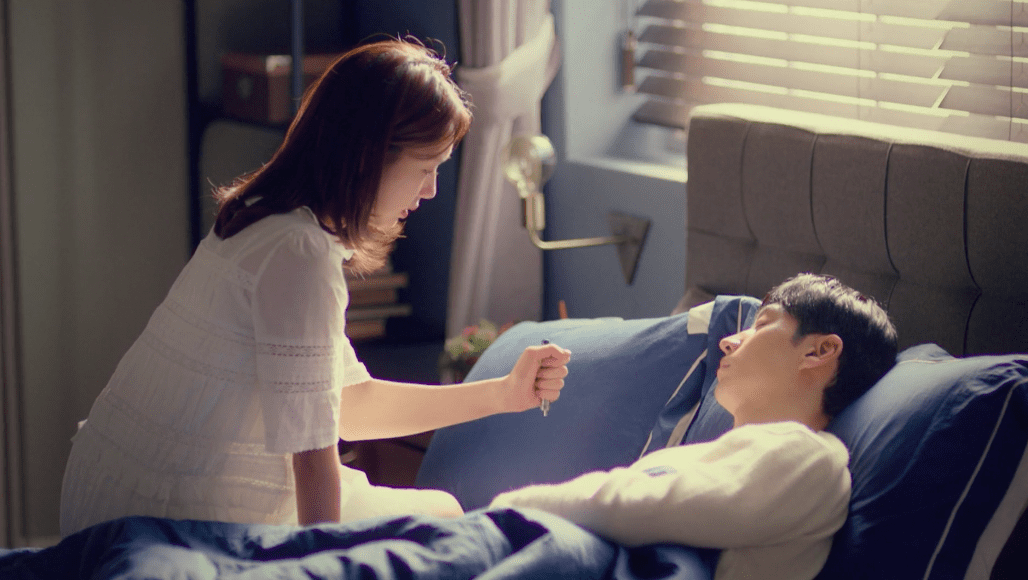 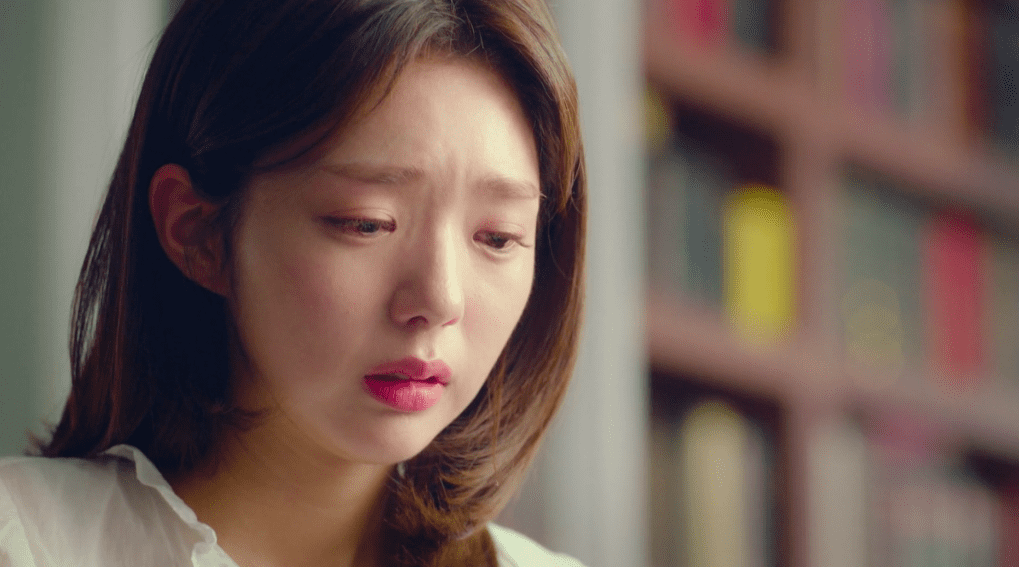 So when he wakes up from his sleep and sees what she’s about to do, the moments that come next are pretty unpredictable. Yeo Reum pleads with him to save himself, the two share a kiss, and then Soo Yeon brings the needle to himself. 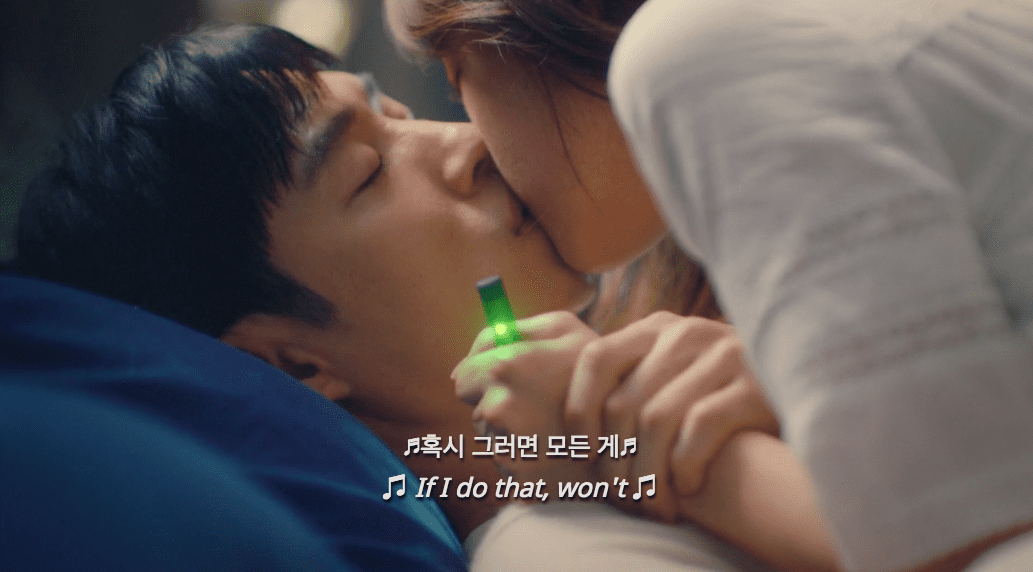 5. When the two finally meet again

After Soo Yeon stabs himself with the needle, we’re not sure what happens with the two. The scene shifts to a year later and Yeo Reum is still working at the airport. She overhears some workers talking about Soo Yeon and she rushes to find him. The two finally meet and share an epic embrace. 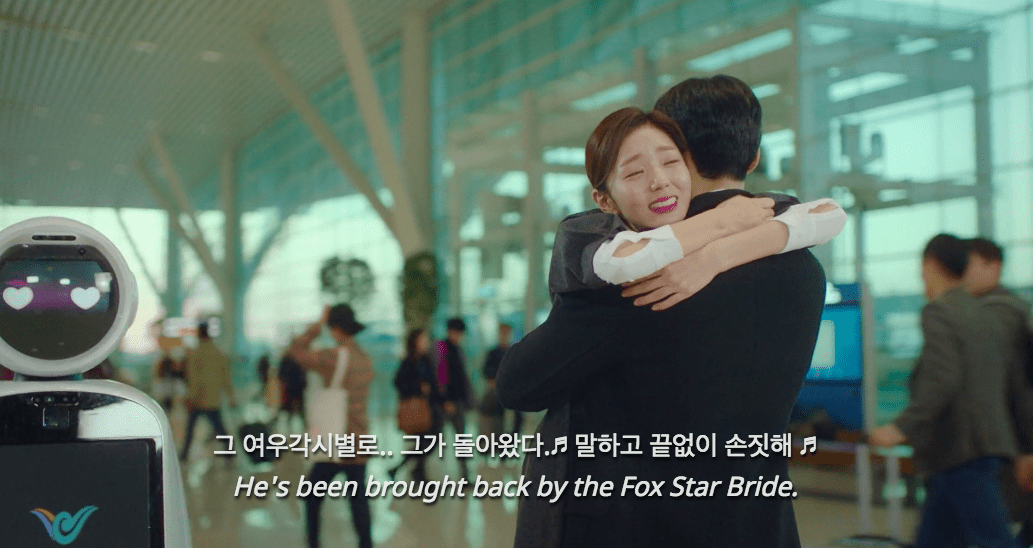 At first, I was anticipating seeing Soo Yeon’s face. It’s an interesting idea to not reveal his face at this particular scene, especially considering it’s the finale. And this ended up bringing up some questions that I wanted answers for – did he still have the robotic arm and leg? And where was he for the year? But despite these questions, I was happy to see that the two were reunited and that there was closure.

Lee Je Hoon has continued to deliver in terms of landing great roles, so when I heard about this series, I thought it’d be just as good as his other dramas. Although the story starts off strong in the beginning with the super romantic moments, the episodes grew boring because Lee Soo Yeon would have to come save everyone whenever something terrible would happen at the airport. It would have been more interesting to delve deeper into the history of Lee Je Hoon’s character or even Han Yeo Reum’s. And as the drama progressed, it was frustrating to see all the people who wanted to discover Soo Yeon’s secret. I mean, is it really so bad that he has a robotic arm and leg?

On the other hand, the highlights of the series was by far Lee Je Hoon and the second couple. Na Young Joo and Oh Dae Gi are so endearing and adorable to watch. As a viewer, I could totally picture a K-drama that revolves around their love story and wish they had focused a bit more on the two. But then again, they weren’t the main couple.

All in all, the series was ok and although I really wanted to like it, it regrettably fell flat somewhere along the line. There were some moments throughout that made it worthwhile, but other than those moments, there was nothing too special. However, if you’re a fan of Lee Je Hoon (like me) and can’t help but admire his killer acting skills, it might be worth the watch.

Hey Soompiers, what did you think of the series, “Where Stars Land”? Let me know in the comments below!

Currently watching: “The Smile Has Left Your Eyes”
All-time favorite dramas: “Secret Garden,” “Goblin,” “Because This Is My First Life,” “Star In My Heart”
Looking forward to: Won Bin‘s return to the small screen and Song Joong Ki‘s next drama