Im Soo Hyang will be making a cameo appearance in “Top Star U-Back”!

On November 29, the tvN drama released stills of the actress’ appearance on the show.

In the newly-released stills, Im Soo Hyang shows off her haughty charms, which draws attention to the identities of her partners in the conversation. She is talking to Heo Jeong Min, who plays Nam Jo, and Jo Hee Bong, the CEO of top star Yoo Baek (Kim Ji Suk)’s agency. Viewers are curious about why these two met up with Im Soo Hyang’s character and how she is connected to them.

According to the production crew, in this particular scene, the CEO and Nam Jo are trying to locate Yoo Baek two hours before the start of an awards ceremony. They will attempt to find the people who were previously entangled in scandals with him, and the situation is already receiving interest from viewers. 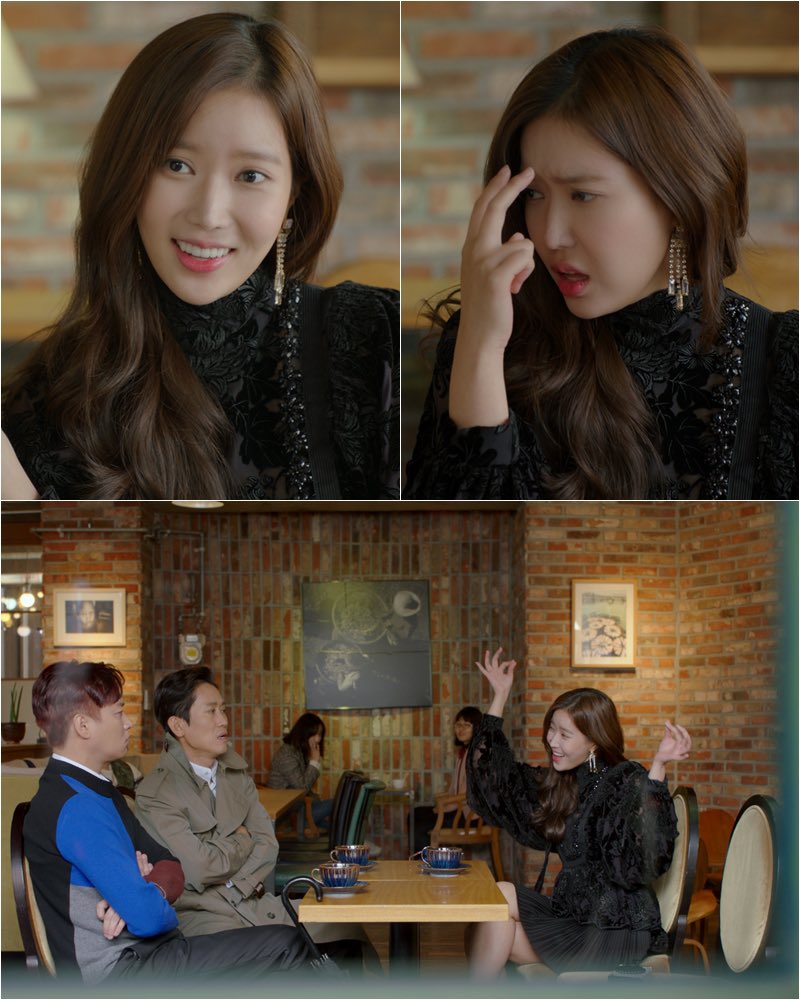 The production crew stated, “We asked [Im Soo Hyang] to appear [on the show] under the judgment that the appearance of the greatest actress coming second to Korea’s top star Yoo Baek will have a dramatic effect on the drama. [Im Soo Hyang] revealed her hidden comical instinct by playing a rude, narcissistic character who is equivalent to the ‘female Yoo Baek.’ Im Soo Hyang worked passionately despite her busy schedule, so please stay tuned for the live broadcast.”

“Top Star U-Back” is about A-list celebrity Yoo Baek (played by Kim Ji Suk) who causes a huge scandal and is exiled to Yeojeuk Island. There, he experiences slow countryside life and begins a romance with Oh Kang Soon (played by Jun So Min).