An Epic Tale Of Romance And Adventure: 4 Reasons To Watch C-Drama “An Oriental Odyssey”

“An Oriental Odyssey” is a Chinese historical-fantasy drama starring Wu Qian and Zheng Ye Cheng. The drama is set during the Tang Dynasty and revolves around the Nine Divine Beads created by the Goddess Nuwa to end a war between nine tribes. Due to the immense power the beads hold, they were hidden away. However, later on the beads are uncovered and chaos ensues as various people fight over the beads, causing the beads to be accidentally scattered all over the nation.

The story follows Ye Yuan An (Wu Qian), the daughter of a government official, her servant Mu Le (Zheng Ye Cheng), and a police constable Zhao Lan Zhi (Zhang Yu Jian) who embark on a wild journey of solving strange mysterious events and crimes that occur in the city of Luoyang. Through all the mysterious cases they encounter, our trio discovers how their fates are closely tied to the Nine Divine Beads.

Thanks to its intriguing plot, well-written characters, and amazing accompanying OST, “An Oriental Odyssey” is easily one of my top favorite dramas of 2018. Here are my top four reasons why you should check out the drama. 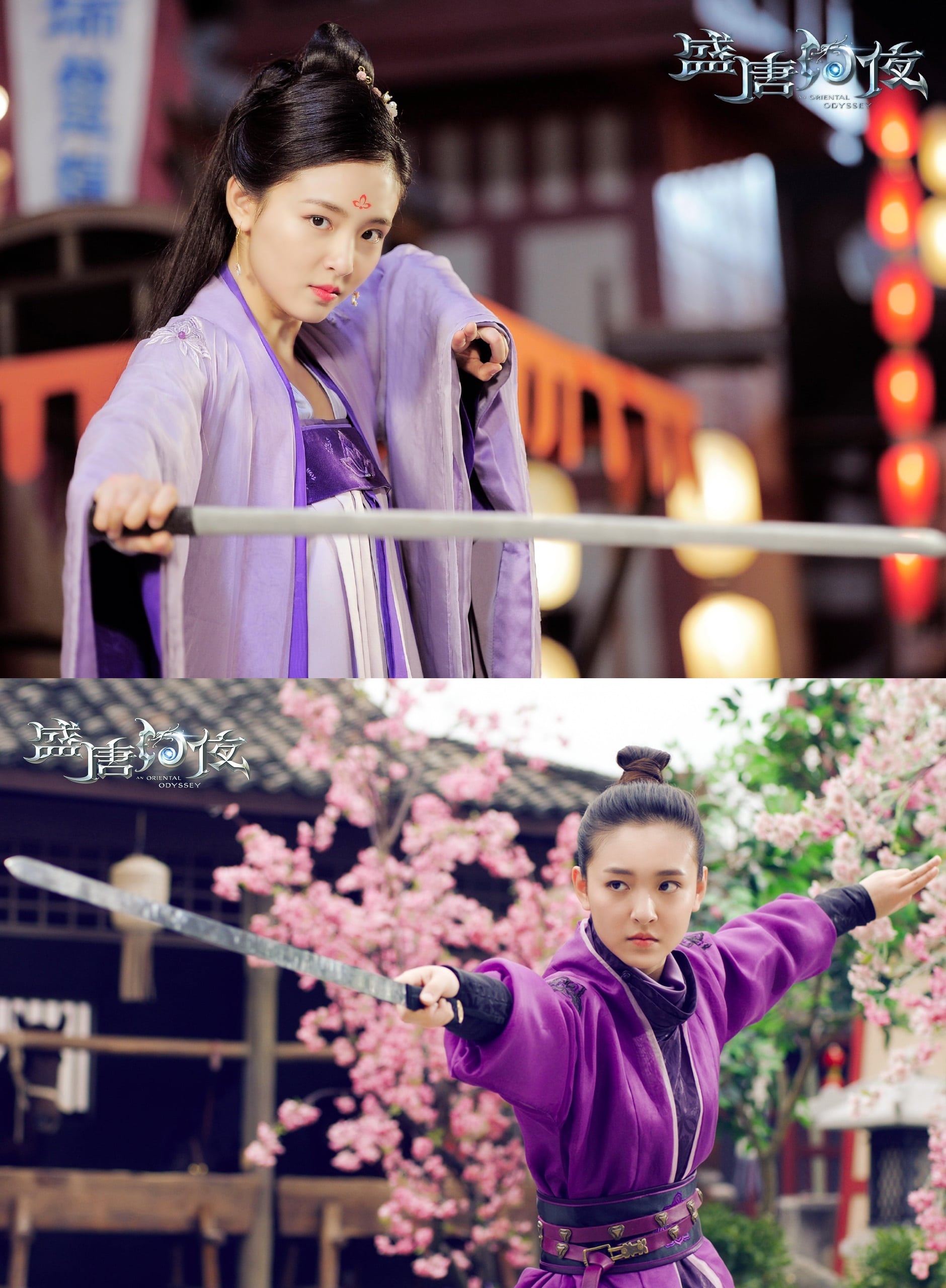 Yuan An (Wu Qian) is intelligent, kind, brave, and can fight! As the daughter of the Minister of Finance of the Tang Empire, she is highly skilled in martial arts and has a passion for solving crimes. I love that Yuan An is a strong multi-faceted female character, and not the stereotypical rich, spoiled, and a naive type. In fact, she is the complete opposite. Our heroine is a breath of fresh air, as she doesn’t follow the traditional gender norms of being feminine. She’s strong, independent, opinionated and often spotted cross-dressing as a man. Viewers like myself love a strong multi-faceted female character like Yuan An.

One of her best traits is that she’s fiercely loyal and protective of her friends and family, including all of her household servants. Our heroine hates seeing injustices and will also step in to help others, even if they are strangers. Yuan An is the kind best friend everyone should have, because she’ll always believe in you and have your back when you need it the most! 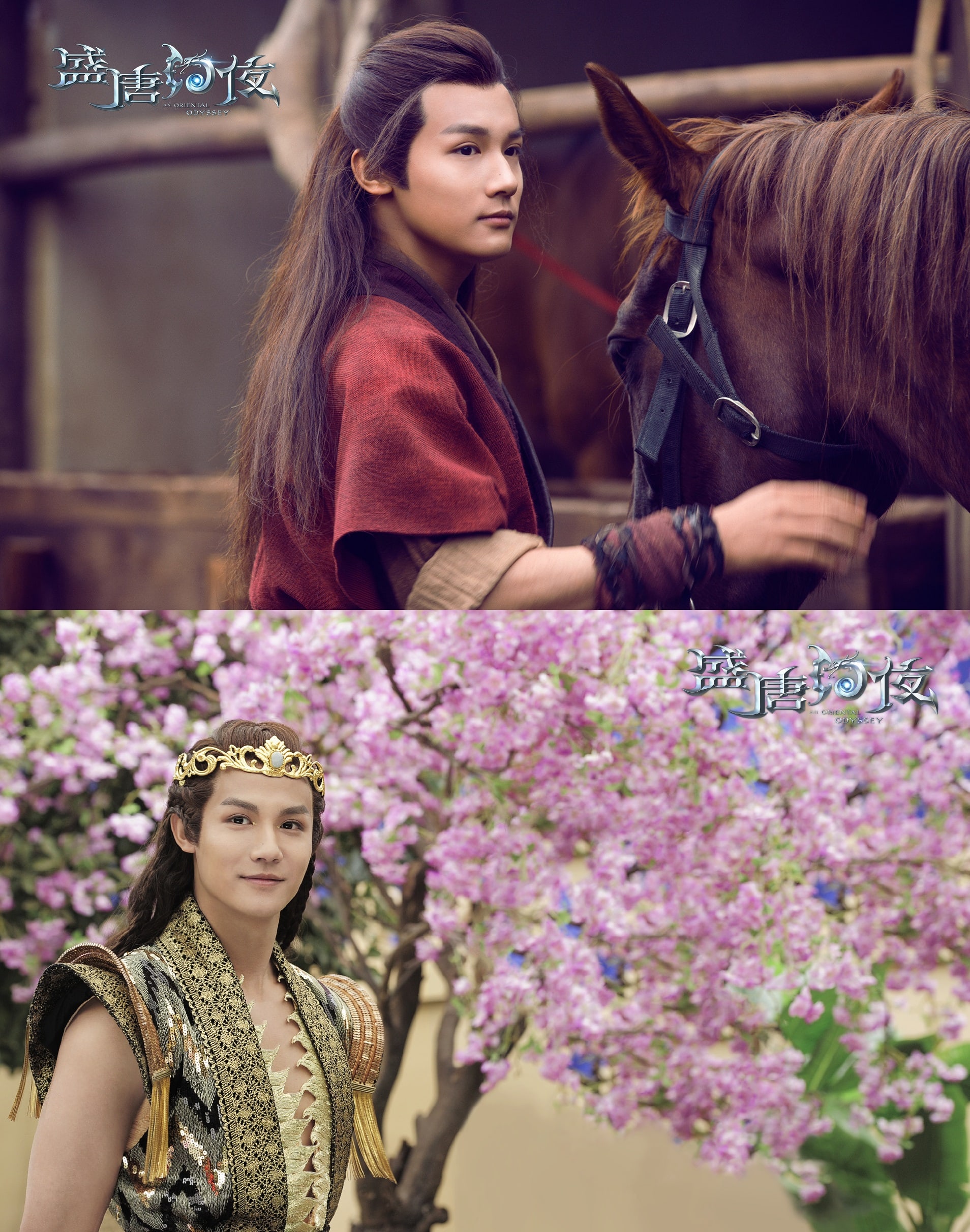 Our hero, Mu Le (Zheng Ye Cheng), is a man of mystery with no memory of his past. At the beginning of the drama, he is found unconscious and kidnapped by drug dealers and is put up for sale in a black market for slaves. But when Yuan An sees Mu Le being mistreated at the black market, she purchases him and he becomes an a servant in Yuan An’s household. Initially, he’s reluctant to be a servant after being treated horribly by his previous owners; however, Mu Le slowly falls deeply in love with Yuan An because of her sincerity and kindness. At the Ye household, he only listens to Yuan An and is extremely loyal and protective of her.

Anyone who is watching “An Oriental Odyssey” will say it’s very difficult to not to fall in love with Mu Le. He’s very kind and has this sweet innocence about him that we can’t help but not adore. Later in the drama we find out Mu Le is actually Prince Ah Ying of the Suoluo Kingdom. Even as a royal and authoritative figure, we discover that he’s always been a kindhearted soul who genuinely cares about the people in his kingdom. Can you say boyfriend goals?

“An Oriental Odyssey” is a nice blend of so many genres: comedy, romance, action, adventure, crime, and mystery. It’s a great watch because there’s a bit of something for everyone to enjoy. I love the adventures that Yuan An, Mu Le, and Zhao Lan Zhi go on together to solve their strange and mysterious cases, and I equally enjoy the mystery surrounding Mu Le’s identity and where his superhuman strength and fast healing powers originate from.

There’s also many funny moments between our characters that will surely make you laugh out loud, especially the scenes between Yuan An and her teacher Tian Shu. And if you love fantasy, there’s plenty of fantasy elements in the drama involving magic, sorcery, and mystical creatures. Plus there’s also plenty of action scenes and suspense to keep you interested in how the drama unfolds. Seriously, this drama has it all.

Yuan An and Mu Le have such a touching and an epic love story in the drama. The two of them go through so much to be together, facing many life-death situations. I admit I’ve shed a few tears along the way throughout the drama, from Mu Le’s initial one-sided love towards Yuan An, to Yuan Yuan figuring out her feelings towards Mu Le, and then Mu Le returning to Suoluo as Prince Ah Ying, forgetting all of his memories of Yuan An and the life he lived in the Tang Empire.

It’s a huge roller-coaster of emotions for our OTP (and for us viewers) but trust me, every moment is worth it when they finally realize how much they love and care about each other. Yuan An and Mu Le have great qualities in the fact they’re both sincere, loyal, and kind people. They’re truly a great match and it’s not surprising that they fell for each other because of those qualities!

Hey Soompiers, are you watching “An Oriental Odyssey”? What do you think of the drama? Let me know in the comments below!

Currently watching: “Ever Night” “An Oriental Odyssey” “Encounter”
All-time favorite dramas: “Nirvana In Fire,” “Queen In Hyun’s Man,” “A Witch’s Romance”
Looking forward to: “One and Another Him,” “Hello Dear Ancestors“