In a recent interview, SF9’s Rowoon confessed that he has a hard time approaching the people he likes!

On November 29, the idol-turned-actor sat down to talk about his drama “Where Stars Land,” which came to an end earlier this week. In the drama, Rowoon played the role of Go Eun Seob, an airport employee who harbors a steadfast one-sided love for his co-worker Han Yeo Reum (played by Chae Soo Bin).

Rowoon shared that he had initially been worried about how his lack of dating experience would affect his acting. “To be honest, I was a bit lacking in experience,” he said. “So after I read the script, I spent a lot of time thinking about how [my character] would feel. I would have used my own knowledge [of love and dating] if I’d had any. But I felt that I was lacking, so the director and the writer helped me out a lot. Through those kinds of conversations, I came to understand the character.”

He went on to explain, “I was a trainee from an early age, and I went to an all-boys middle school and an all-boys high school. I was just a kid who liked soccer and karaoke. That’s why I didn’t have a chance [to date], but I’m slowly trying to learn more [about romance].”

“I felt like I learned a new emotion, like I had opened a new door. I had the thought, ‘It’s possible that staying by someone’s side like this and hiding your feelings might also be love.'” 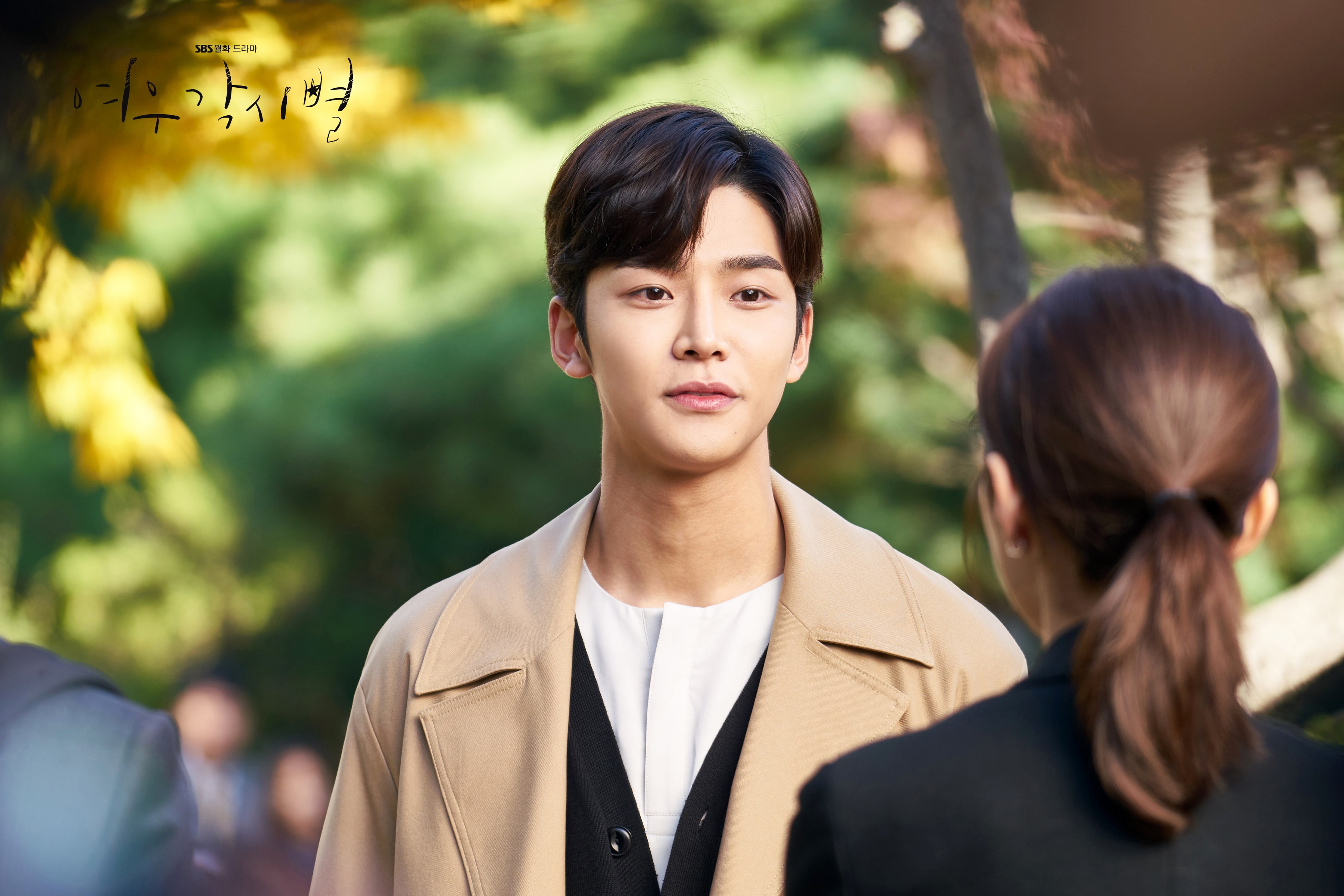 When asked about the similarities and differences between Go Eun Seob and Rowoon’s real-life personality, Rowoon revealed that his fear of getting hurt prevented him from being as forward and open about his feelings as his character was in the drama.

He pointed out, “Eun Seob didn’t just remain a friend. He attempted to cross the line [into romance], and Yeo Reum shut him down many times. While experiencing and portraying those moments, I learned a new emotion that I had never felt before.”

“I think that there’s very little similarity between my real-life personality and that of my character,” he continued. “When I like someone, I think I actually tend to keep that person at a distance because I’m afraid of getting hurt.”

Rowoon went on, “I’m not similar to [Eun Seob] in the way he remains [Yeo Reum’s] friend. When I like someone, I tend to do it quietly, on my own. In case I get hurt. It’s because I’m timid.”

However, he added, “We’re alike in our optimism and the fact that we smile a lot.”

“Where Stars Land” aired its finale on November 26. If you haven’t seen it yet, check out the final episode with English subtitles below!

SF9
Rowoon
Where Stars Land
How does this article make you feel?