The third episode of “YG Treasure Box” was full of surprises!

On November 28, each team put on their best performances during the final monthly evaluation. Yang Hyun Suk announced, “I will choose two people who do a good job from each team.”

Team J initially chose to perform PENTAGON’s “Shine.” Producer Future Bounce commented, “If you sing like this, you’ll really become ‘losers.’ You guys need to change your song.” The team leader Haruto said, “I saw the guys working hard, so I felt sorry.”

Taking the producer’s advice, Team J changed their song and performed iKON’s “Killing Me.” They put on a successful performance despite changing their song at the last minute.

Choosing Haruto as the first member, Yang Hyun Suk said, “I like your style of rapping.” After naming both Mashiho and Keita, Mashiho was chosen as the second member. Keita said, “I want to do better,” and shed tears out of disappointment. 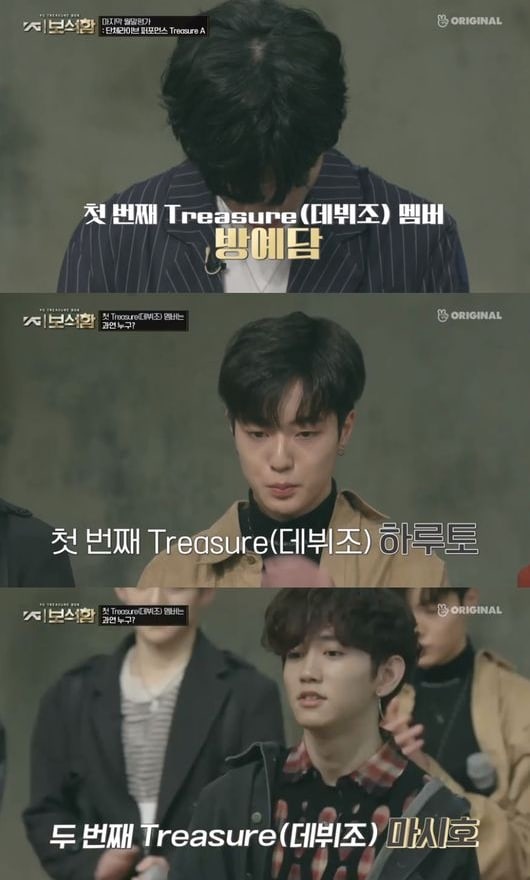 Team C performed SHINee’s “View.” Jung Junhyuk, who came first in last month’s evaluation, continued to practice despite not being familiar with the song. So Junghwan, who was in charge of the first line of the song, became emotional after hearing criticism from the trainer.

He said, “I didn’t want to harm the team, but I felt like I was the only one who was bad at singing and felt as if I was harming the team.” His teammates comforted him and embraced him.

Yang Hyun Suk commented, “This is the first time [trainees] sang a SHINee song at the monthly evaluation, so it feels new in a good way.” He then chose the two people with the most natural facial expressions which turned out to be Park Jeongwoo and So Junghwan. Speaking about Jung Junhyuk, he said, “To be honest, you’re good. But today I couldn’t see anything new. Today is an exception.”

Team B’s leader was Wang Jyunhao. The group had no problem choosing BTS’s “Go Go,” but faced difficulties in communicating with each other. During their mid-term evaluation, the dance trainer told them, “Aren’t you guys singers? Is this the military? How can you sing and dance without any facial expressions?”

The members then gathered their thoughts and came to a consensus to change their leader to Park Jihoon. Wang Jyunhao confessed, “I want to be good at Korean too,” and burst into tears.

“You guys are like white rice,” said Yang Hyun Suk. “I think you guys have some potential.” Wang Jyunhao and Ha Yoonbin were first chosen. Yang Hyun Suk then announced, “I’ll choose one more person for this team,” and named Park Jihoon. He explained, “It’s a shame. He did well. If I have to eliminate someone out of these three, I can’t do it.” 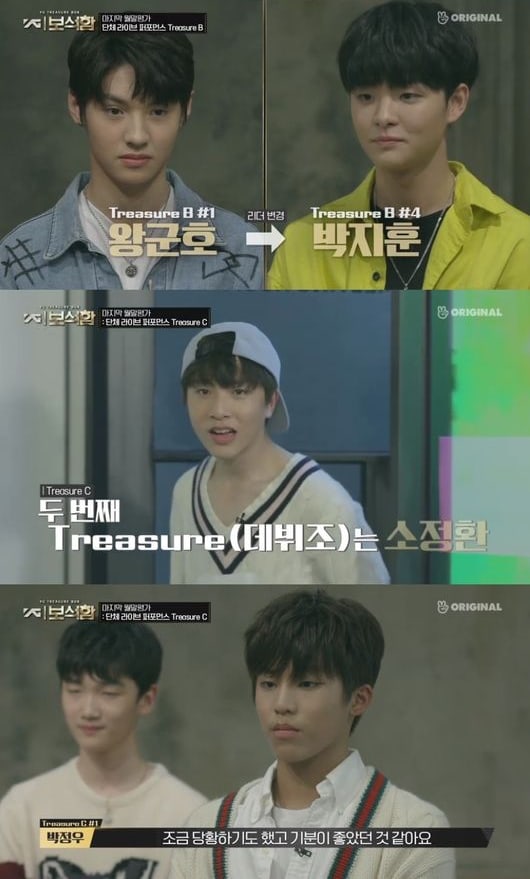 The final team was Team A, which is full of talented members. This team, however, faced an unexpected difficulty when Lee Midam suddenly left the dorm in the middle of the night.

Because of his sudden disappearance, there were issues during the group’s dance practice. When he returned and was asked if he had to do this, Lee Midam replied, “I also don’t like it because it keeps repeating. Because of my personality, I can’t do things as a group very well, but I think I just bore with it and did it. There is a burden and since I’m getting older, I wonder if it’s right for me to continue doing this. I think I wasn’t able to deal with [my issues] and kept piling them on, so I think it became a problem.”

To his members, Lee Midam said with tears in his eyes, “You guys know that I felt really frustrated. I kept causing you guys harm, and I think I should leave here now.”

Choi Hyunsuk replied, “I wish you would’ve just bore it a little bit longer. This is our Team A’s final evaluation. It’s really our last one.” All of the members then began to cry. “I’m really sorry,” said Lee Midam before leaving. “All of you are going to turn out well.”

The six-membered Team A performed Wanna One’s “Energetic” in front of the judges. “It felt like one team,” praised Yang Hyun Suk. “I don’t know if I said that I couldn’t Lee Byounggon’s rap, but I can see your efforts.” In the end, Bang Yedam and Kim Junkyu were chosen. 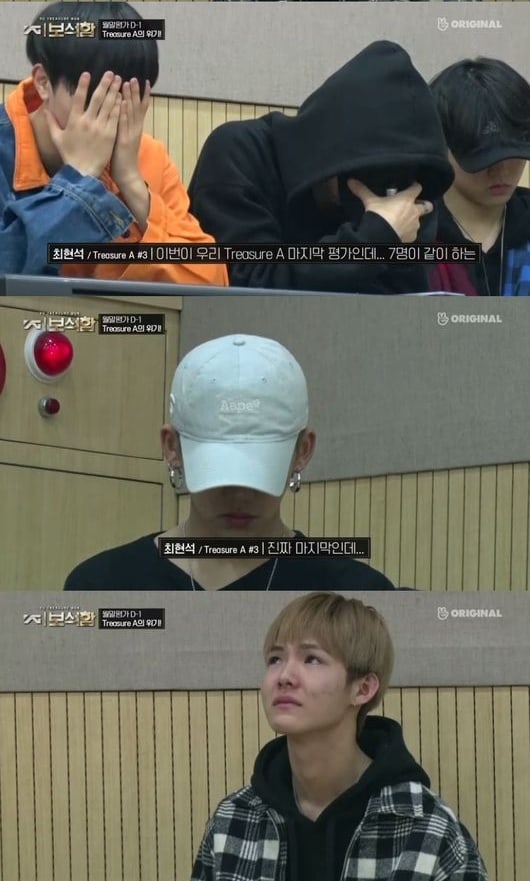 Watch the full episode with English subtitles below: