Key, who made his solo debut earlier this week with the new album “FACE,” appeared as a guest on the November 30 broadcast of the KBS music talk show. In addition to performing his new title track “One of Those Nights,” Key also sat down to chat with host Yoo Hee Yeol about his 10-year career as a member of SHINee.

When Yoo Hee Yeol asked how he had managed to finally pass his auditions and get into SM Entertainment, Key replied, “I asked one of the agency employees at the time. She told me that [SM Entertainment founder Lee Soo Man] had said simply, with no further comment, ‘This kid is one of ours.'”

However, Key went on to speculate that it was his unusual style that had caught the agency’s attention.

“It was the dead of winter at the time, but I wore white cargo pants and a sleeveless top with a hoodie over it,” he explained. “And I went to the audition wearing makeup that one of my female friends from a different middle school had applied for me.

“The judge at the audition looked at my style and seemed to be thinking, ‘Who is this kid?'” 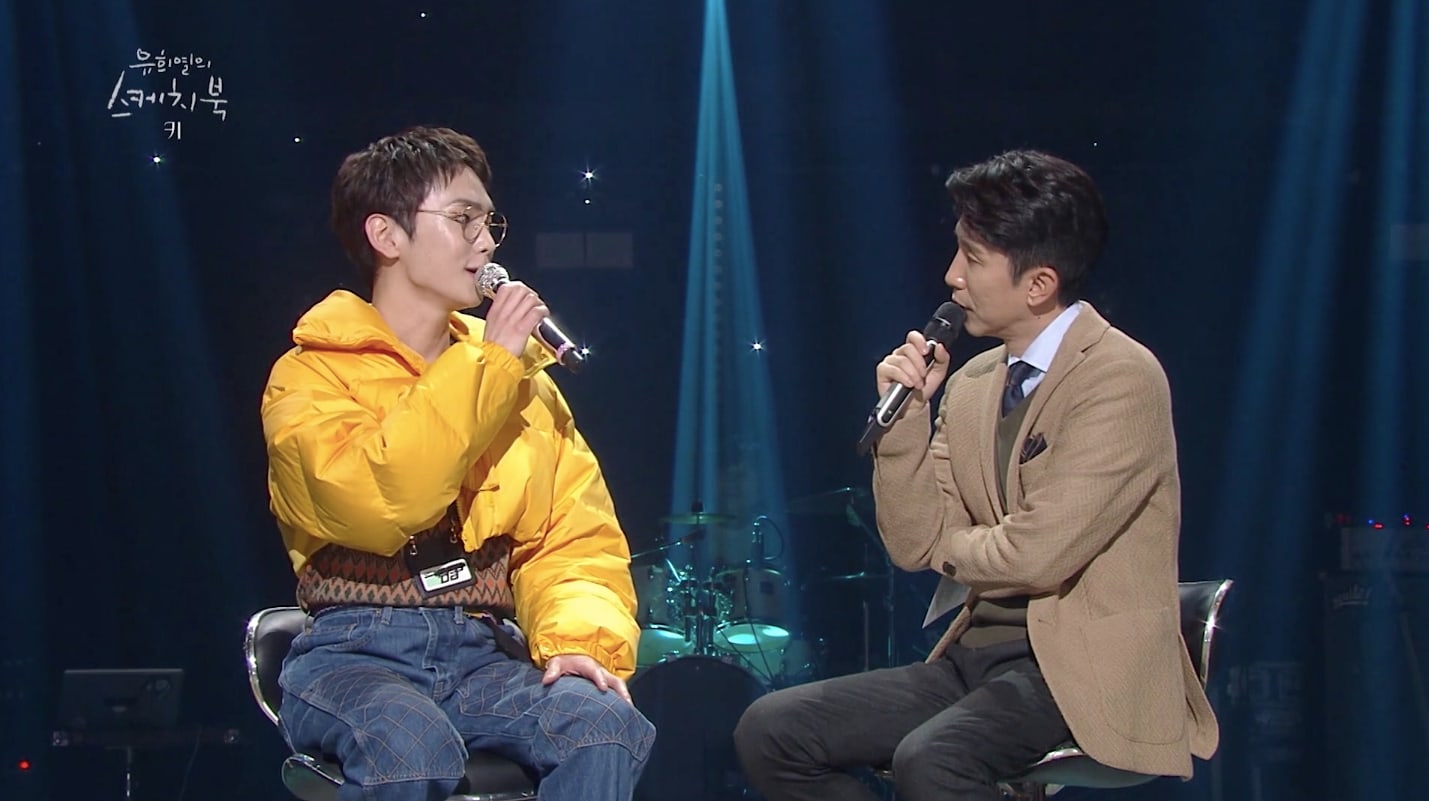 Key then went on to talk about his hopes for the future. “I’d like to be able to appear on variety shows, greet viewers as an actor, and release albums at the same time,” he shared. “I also want to be a singer that can be a positive influence on lots of people.”

He added with a smile, “If I can just continue doing what I’m doing now, I think I’ll be happy and have no regrets.”

Watch Key on the latest episode of “Yoo Hee Yeol’s Sketchbook” below!

SHINee
Key
Yoo Hee Yeol's Sketchbook
How does this article make you feel?