On the latest episode of “Ask Us Anything,” Wanna One’s Hwang Min Hyun told an amusing story about dorm life with his bandmate Ha Sung Woon!

All 11 members of Wanna One appeared as guests on the December 1 broadcast of the JTBC variety show, which featured a guessing-game segment during which each of the members posed questions about themselves.

Hwang Min Hyun told the “Ask Us Anything” cast, “I’m roommates with Ha Sung Woon, and there was a time when he shocked me so much that my heart dropped to the ground. Why do you think that was?” 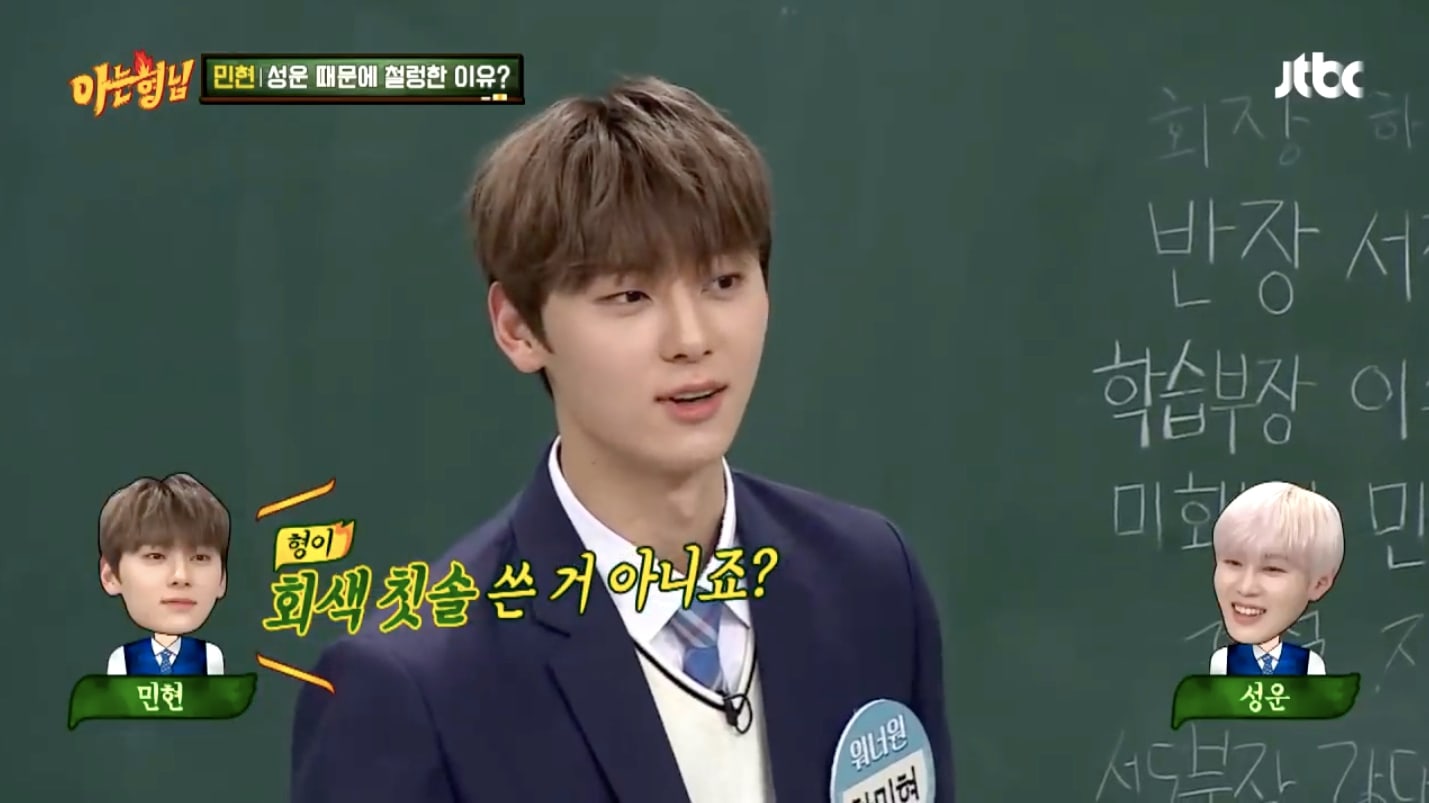 After a long series of incorrect guesses, Seo Jang Hoon finally managed to figure out the correct answer—Ha Sung Woon had been accidentally using Hwang Min Hyun’s toothbrush, and when he found out that the toothbrush wasn’t his own, his response was remarkably calm.

As Kang Daniel shuddered in horror, Hwang Min Hyun explained, “Since we have a lot of members, the manager buys toothbrushes in sets. In order to prevent a mix-up, I told [Ha Sung Woon], ‘Your toothbrush is red, and mine is grey.’ I even put the right toothbrush in his toothbrush holder.”

“But then a few days later, I woke up in the morning and found that my toothbrush was wet,” said Hwang Min Hyun. “I figured that since I had clearly explained our toothbrush colors to [Ha Sung Woon], he must have accidentally dropped my toothbrush on the ground and washed it off for me. So I brushed my teeth. But then the next day, it was wet again.

“I thought, ‘Surely, there’s no way [he’s been using it]. He must have just dropped it again.’ So I brushed my teeth and went outside to ask him, ‘By any chance, you haven’t been using the grey toothbrush, have you?’ And he said, ‘That’s not mine?'”

Ha Sung Woon fervently insisted, “I wasn’t okay with it either! I was shocked too!”

Hwang Min Hyun added, “The most shocking part was that when I brush my tongue, I use a tongue cleaner. But [Ha Sung Woon] uses his toothbrush to clean his tongue, to the point where he’s about to vomit. So I had brushed my teeth six times over two days with that toothbrush.”

Seo Jang Hoon, who is notorious for being fastidious about matters of cleanliness and hygiene, advised Hwang Min Hyun with a laugh, “When you live with lots of people, you should never leave your toothbrush in the bathroom. You need to bring it back out with you and put it in a separate toothbrush case, because you never know what might happen.” 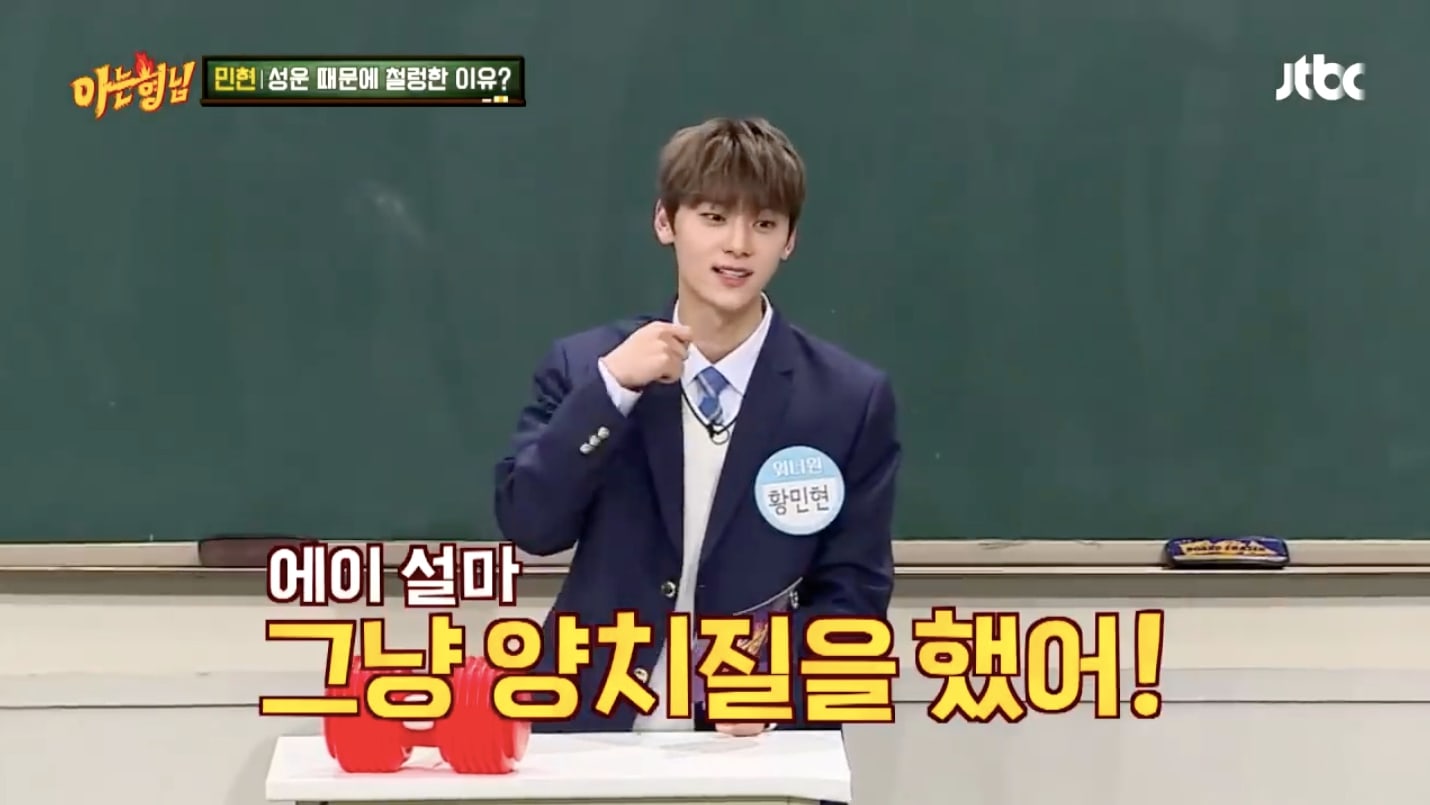 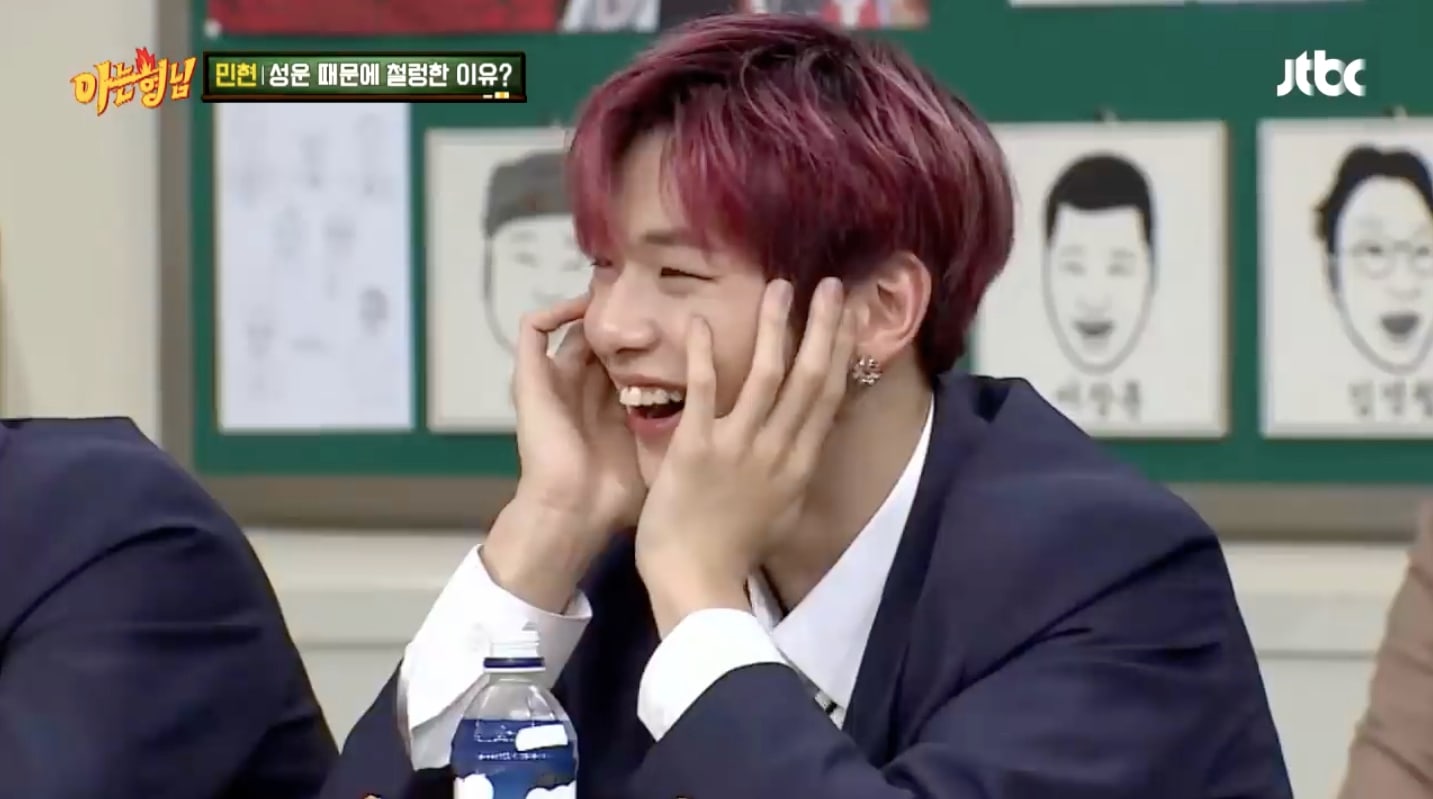 Wanna One
Ask Us Anything
Minhyun
Ha Sung Woon
How does this article make you feel?