Wanna One’s Ong Seong Woo made a surprise appearance over the phone in the latest episode of MBC’s “Omniscient”!

The episode that aired on December 1 followed Park Sung Kwang and his manager as they headed for his gig as a special MC on MBC’s “Music Core.” In order to get some advice, he called up FTISLAND’s Lee Hongki, who had experience as a “Music Core” MC and who he’d appeared on JTBC’s “Night Goblin” with. Unfortunately, Lee Hongki was unable to pick up the phone so Park Sung Kwang tried his luck with NU’EST’s JR, another “Night Goblin” cast member, but that was also a failure. 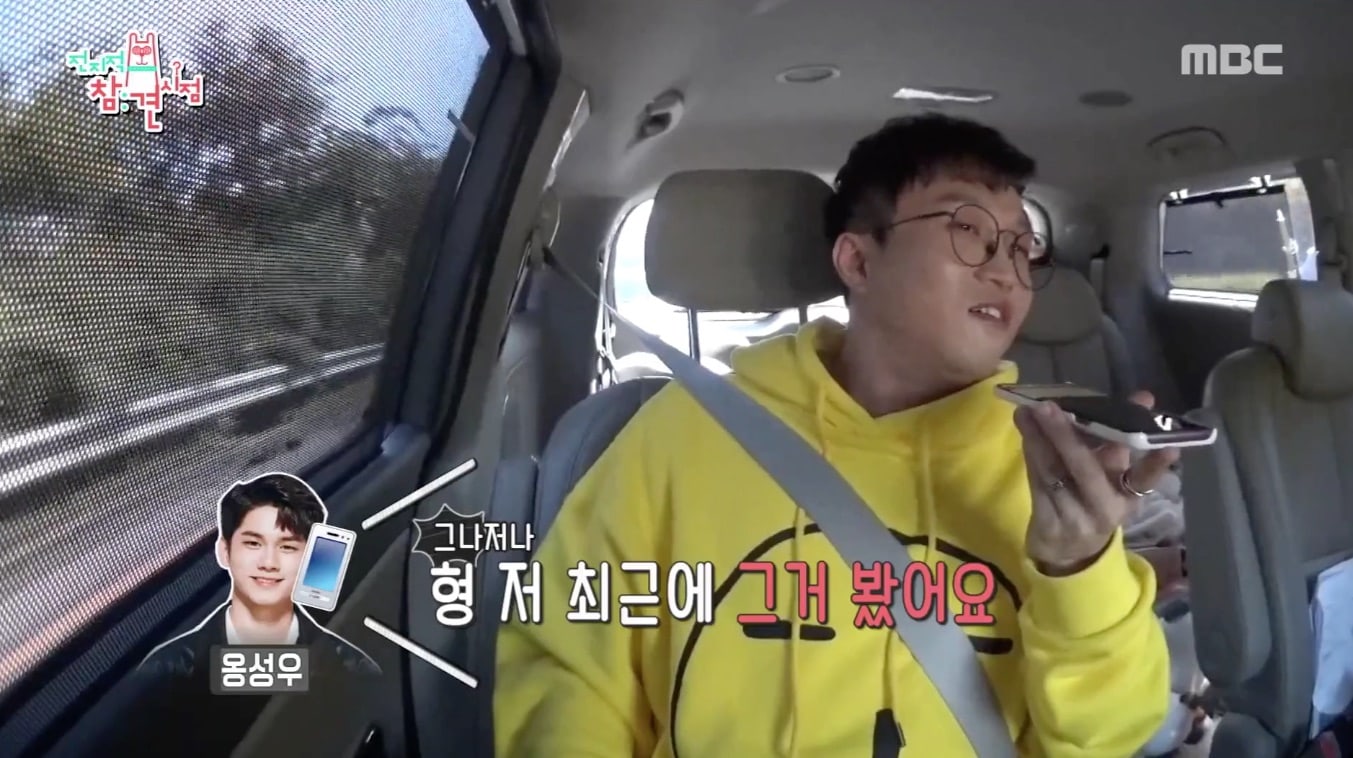 His manager suggested that he try calling Ong Seong Woo as he had been an MC for “Music Core” till September. Luckily, the call went through and the Wanna One member greeted Park Sung Kwang warmly. When he heard that Park Sung Kwang was on his way to the music show, Ong Seong Woo teased him and said, “How did you end up becoming a special MC? Don’t idols who are promoting usually take that role?”

Even as he joked around, Ong Seong Woo listened intently as Park Sung Kwang practiced his lines and even offered advice on how to be a good MC. He mentioned that he’d watched “Omniscient” and complimented Park Sung Kwang’s manager as he said, “She’s cute and she takes good care of you.” He also joked, “She’s not just doing that for show is she?” Park Sung Kwang joked back, “I think she kind of has this image she wants to portray,” and Ong Seong Woo had him laughing by adding, “I think that’s you. I think you act sweeter and more caring than you really are.”

Park Sung Kwang looked more at ease after talking with Ong Seong Woo, who ended their conversation with encouraging words as he said, “Good luck on your MC gig today, and I’ll see you soon. I’ll contact you.” 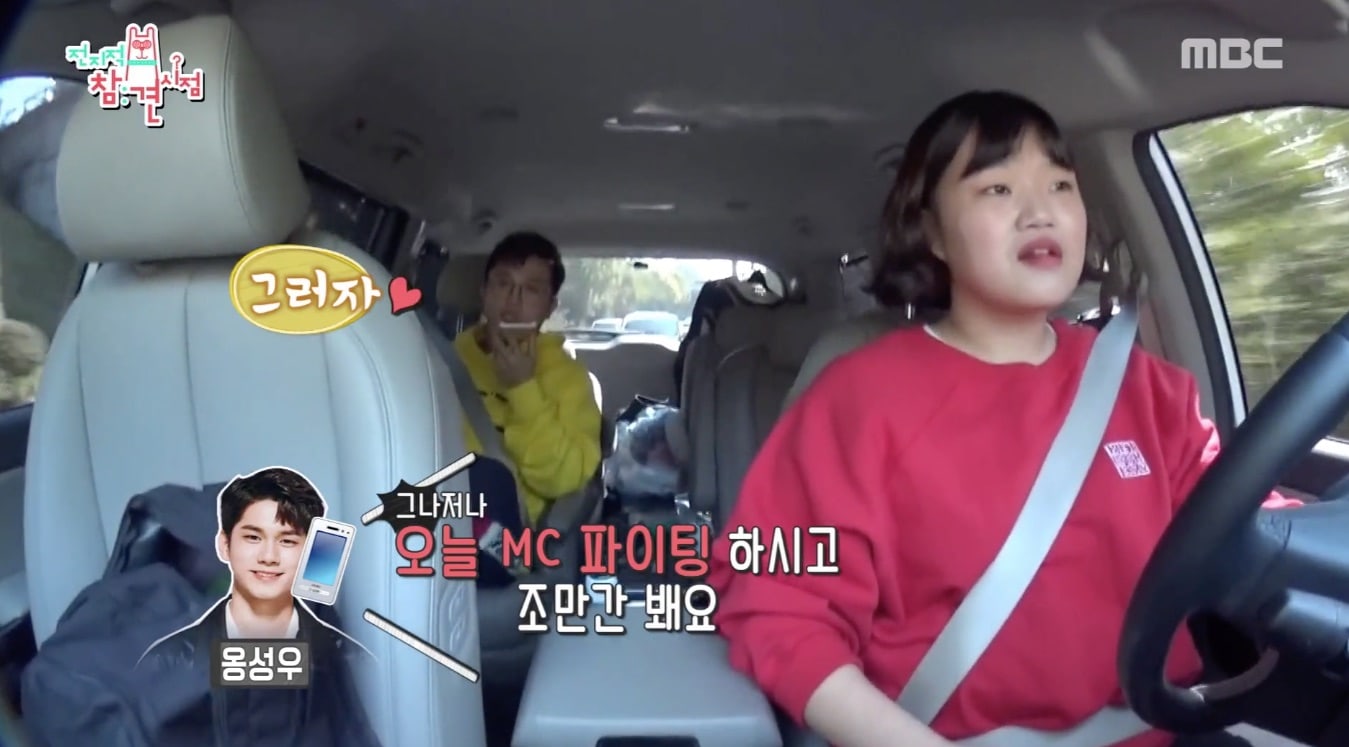 “Omniscient” is a show that follows the daily lives of celebrities and their managers. The show receives tips from managers about problems they may be facing, and a panel watches over footage filmed from the participating celebrities’ daily lives to find a solution.

Wanna One
Park Sung Kwang
Ong Seong Wu
Omniscient
How does this article make you feel?