It’s been a long time since I’ve dabbled in the world of Japanese-language film, and what better re-introduction than “Trumpet on the Cliff,” a 2016 Korean-Japanese co-production directed by Han Sang Hee. A dreamy melodrama set against the ethereal Okinawan beaches and seaside forests, the film explores themes of family and love in a quiet, meandering fashion.

“Trumpet on the Cliff” is the tale of a young woman named Aoi (Nanami Sakuraba) who has a heart transplant and heads to the island of Okinawa to recover. While there, she meets Ji Oh, a half Korean-half Japanese young man who lives on the island. The two grow close, and Aoi has to face some things about herself while she heals. 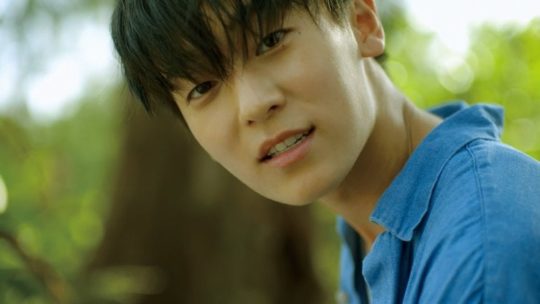 I would be remiss in compiling this list without first mentioning the male star, Byung Hun, formerly known as L.Joe of Teen Top. This Japanese-speaking idol-turned-actor plays a mysterious, soft-spoken young man named Ji Oh who loves his trumpet, dolphins, and the sea. His chemistry with leading actress Nanami Sakuraba is pleasant and sweet, and his ability to capture director Han Sang Hee’s close-up shots with his eyes and smile is powerful. Byung Hun has been making steady strides in the acting world and his work in “Trumpet on the Cliff” only adds to that.

A far cry from the frenetic pacing of many-a-K-drama, “Trumpet on the Cliff” is not only indulgent in its pedantic pace, but it’s downright slow. At first, the crawling plot line adds to the overall whimsical nature of the film with its drops of fantasy, gorgeous seascapes, and general enjoyment of the small moments and the beauty of the scenery. However, the prolonged exposure to the snail-like pace is wearying and made me wish it would speed up two-thirds of the way through the film. 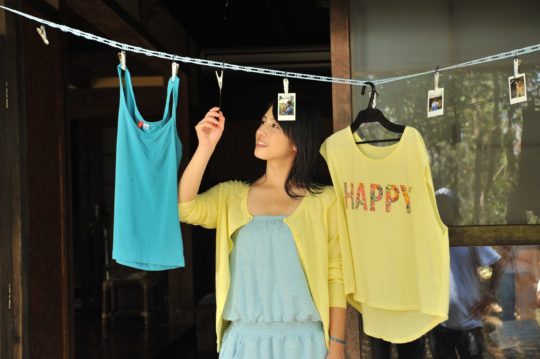 A drumbeat thumps in imitation of a heartbeat and opens the film as Aoi lies on the operating table just moments before her heart transplant. The use of music and sound continues just as cleverly throughout the film, bringing in the lazy melody of a trumpet on the breeze, meandering piano lines, and decadent harmony that all complement the beachside paradise that Aoi and Ji Oh play in.

Quite early in the film, it was easy to guess who Ji Oh really was, which took a bit of the fun out of watching Aoi’s journey. He is a mystery to her and we get to indulge in her curiosity about him along with her for very little before it’s obvious what his role in her life is. The information is unwelcome. It should’ve remained hidden longer to draw out the mystery and heat up the romance.

Loved: The focus on family 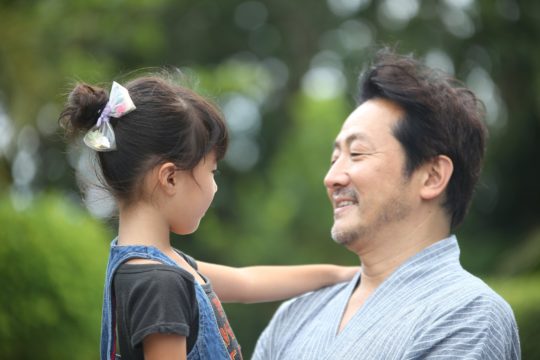 From the first few minutes of the film to its very end, there is a sense of peace lingering around Aoi, her mother, her uncle, and her adorable cousin. The peace grows from the love and respect between family members and is a feeling cultivated by Ji Oh and by Koichi (Yuki Kubota), Aoi’s ex-boyfriend who still cares for her and her family. It’s beautiful how the family is a source of strength and comfort for each member.